“I was not content at home… I wanted to live like a colorful butterfly in the sun.”
Mata Hari
“If you’re going to be two-faced at least make one of them pretty.”
Marilyn Monroe
“The philosopher Friedrich Engels one observed ‘if there were no French women, life wouldn’t be worth living.’ There has been many a night that, observing my Rachelle, I’ve been struck by the wisdom of his statement. They certainly seem to have something most others lack—a certain je ne sais quoi."
—Jonathan North 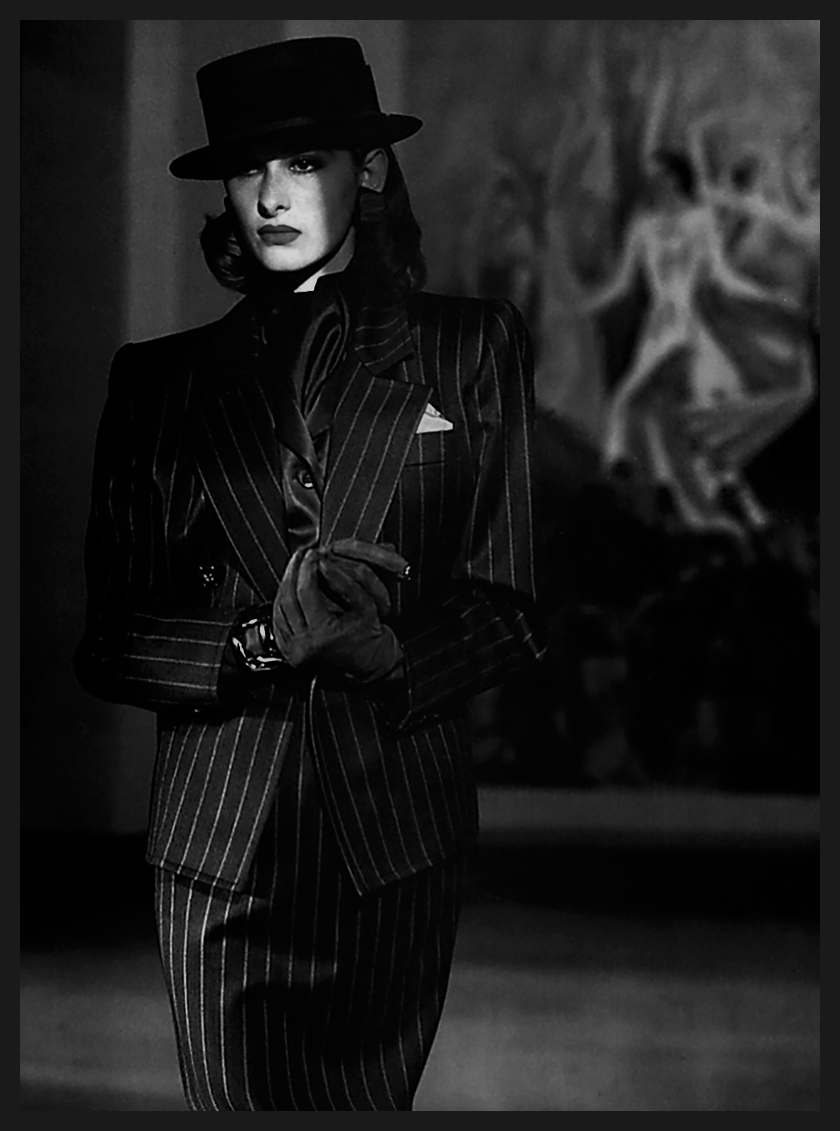 Rachelle Claudel looks little of her century and a half of life, having been kept remarkably fresh by her domitor’s potent vitae. The long dead French diplomat’s daughter wears her hair at shoulder length these days, with just a hint of inward curl to the bottom to keep it well under control. Throughout her long life she’s explored various styles including braid and freer longer styles – and perhaps will again. Her skin is pale, though she shows little of it, the product of too few days and too many nights combined with her own naturally light complexion.

Neither exceptionally tall nor short for a woman, she is more statuesque, appearing larger than she, especially in her frequently worn padded coats. Not truly lithe, she’s instead toned, the product of effort alongside natural gifts. She is beautiful by the standards of her own time, and by today’s, with a symmetrical face, dark eyes, and full lips that stand out against her paleness. Those lips and her pale skin create a canvass for her to paint upon, and she typically does so.

Rachelle typically dresses in fine tailored skirt-suits in dark colors, paired with fine silk blouses velvety gloves, and fine leather boots when executing her duties (particular in the absence of her domitor). The entire ensemble is overstated, expensive, and serves to conceal her curves and project a business-like appearance. That it bears a reflection of old world charm and standards of decency is also intentional, giving her a degree of standing, making her stand out amid a world of ghouls that are little more than puppets, slaves, or toys for their domitors. The gloves and high collared shirts or scarves in particular are a calculated decision amid other Kindred, endorsed in full by her domitor, to direct attention away from the idea of her as another vessel. Rachelle is not to be put on display like a piece of meat, and she is not to be partaken of just the same.

It also highlights just how differently she appears when allowed out with her domitor. On occasion in the past, especially in the later end of her stay in New Orleans and intermittently since, Jonathan has taken her out as consort to various events (often with ulterior motives), dangling the diplomat’s daughter on his arm in the finest French and Italian fashions. Few recognize her, but most envied him: like a rose that blooms only once a year, her presence was a significant distraction for onlookers.

In the course of her own activities, given the option, she dresses in the fine and foreign fashions (spending extravagantly) in a mixture of form and function. While she favors darker colors for her work, outside of it Rachelle enjoys a more varied palate, with a focus on bold colors such as red, blue, and yellow that gives a life to her otherwise increasingly jaded life.

The daughter of a visiting French ambassador, Jonathan was charmed by Rachelle’s poise, confidence, worldliness, and (secret) interest in the occult at a dinner party hosted in the French Quarter shortly after his transfer to New Orleans. In need of someone with those particular gifts (which his own principle ghoul, Lucille, lacked) to see to a number of unfinished affairs of his in Washington D.C. the Tremere surgeon seduced and subsequently ghouled Rachelle in short order to serve as his agent. At the time he believed her travelling arrangements with her powerful father back to D.C. would allow her to carry out the tasks he assigned quickly, and that she would subsequently almost certainly end up in the wind, the memory of her time as a ghoul quickly fading behind whatever life might await her elsewhere in the world.

Rachelle, however, had other plans. She surprised Jonathan by returning to New Orleans, having fled her father in search of the ‘man’ she ‘loved’ and desired so. In part taking pity, in part delighted by her dedication, and in part out of curiosity the young Tremere took her back in, welcoming the detoxing ghoul back into his arms—and back onto the blood. He found uses for her, ignorant of many of his dealings as she was, as a go-between with other Kindred, as a place holder and name to attach to various properties and legal records, and occasionally as a spy. In truth, he half expected her to perish in the varied roles in which she worked—the life expectancy of ghouls is quite short—but through either fortune or skill she survived those harrowing first months, then years, her value, knowledge, and skill growing to Jonathan all the while.

As years turned to decades Rachelle became more than an incidental ghoul, becoming more and more useful for the Tremere surgeon, a larger and larger part of various plans and plots. His sometimes date, his often-times envoy or companion in meetings. Still in the dark as to the details and secrets of them, but now very intentionally so and serving in a role that allowed her to come and go more freely than Lucille ever could with the deadly secrets and access the grave-digger’s daughter held. Rachelle was the perfect foil, the other half that Lucille could never be for Jonathan.

The two ghouls of course vied for Jonathan’s attentions and affections in a conflict that would span more than a century. Lucille, his oldest and most trusted ghoul, ever at his side but given so little freedom as a result. Plain, painfully shy, uncultured, and isolated. Rachelle, who had once enjoyed his outright affections, who roamed the streets by day and night freely, who was beautiful, and refined, and alluring as only French women could be. The two hated each other, and that hatred only grew over the years as Lucille’s intimate knowledge of the details of Jonathan’s life grew from her place by his side, and Rachelle grew only more refined by what became travels around the world on missions for her domitor. Only the fear of Jonathan’s reaction should they outright harm each other kept them from each other’s throats.

Both were among the few ghouls to make the journey with him to Vienna when he was transferred. Lucille hated Austria, but Rachelle delighted in Europe. Her role became all the more useful for Jonathan, especially as travel became easier and faster. He could leave her behind in Vienna to accept messages and make arrangements when out of the city—and frequently did. He could send her to other cities to deliver packages and messages—her linguistic ability (cultivated by her travels in her youth) invaluable. As World War II broke out, Nazism ruled, and Europe came apart she became a more overt spy, and occasionally a killer for Jonathan. She helped him identify and subvert Konrad Sommer for his use during the war. She looked after his childe, Heinrick Roehr, when he was unavailable in those early days of his Embrace and once more held properties and titles in Jonathan’s place.

In the years after the war she became his emissary, his envoy, to others in nearby cities he maintained relations with. Experienced and skilled enough to conduct herself without embarrassing him, kept in the dark as to damaging secrets and used to leak others. This role only grew in importance when Jonathan was invited to become an archon for his grandsire and the frequency of his travels (and dealings in other cities) became an order of magnitude greater. By now well known in his service—and having survived with numerous other ghouls had not—Rachelle’s role became something of that of a herald—if less presumptuously as she arranged and conducted exchanges of all manner of goods, delivered and collected messages or information, and worked to maintain Jonathan’s then growing network of contacts as he grew less available.

In the years since he left the service of his grandsire, Rachelle has continued in that role for Jonathan, maintaining contact as needed, if less frequently, as she has been pulled ever closer to him by his loss of Lucille. His oldest and most capable agent, Jonathan has on a number of occasions considered bringing her deeper into his day-to-day operations, only to turn aside at the last moment, reluctant to remove her from the role in which she has been so capable for more than a century.

He’s similarly considered, over the years, that she might be remarkably well suited for the Embrace, if only from another clan. She’d make, in his estimation, a fine Toreador or perhaps even Ventrue (though the pickiness of the Blue Bloods makes it notoriously difficult to tell), but less too a Tremere. Though the Pyramid finds places for any stone to fit within its base, Jonathan is firmly of the belief that both it, and those stones, are happier if they are cut precisely to fit, and for all of her many virtues scholarship (a prerequisite in his mind) is not among them.

In her youth Rachelle was intensely passionate, as only the French can be. Even without the twisted love of the bond, the combination of that French passion and the attraction she felt for the intriguing surgeon Jonathan North was enough to drive her into his arms, and back into them after accomplishing his (relatively illicit) requests in Washington D.C. That same passion drove a lust for life that filled her early days as a ghoul with events and her nights with delightful intrigue. Serving him brought her freedom and wealth and excitement and continued youth that she’d never dreamed of enjoying.

Unfortunately, caught in the full throes of the bound as all ghouls are, that passion eventually generated in her a love that was as powerful as it was corrupt. She became, over decades, a slave to him, wanting nothing so much as to please him and be loved by him in turn. That all consuming affection and decades of life slowly withered away her other great loves. She still enjoys fashion, and art, and intrigue, after a fashion, but the only thing that truly makes her fee alive today is her domitor. Rachelle still goes through the motions, but they are as empty as she is. Of course, she’s far too experienced, to cunning, to let it show.

Occupying as she does a place that is, at least on the surface, atop the pyramid of ghouls in service to her domitor as both his oldest, and perhaps also his most ‘powerful’, Rachelle is undeniably proud. She’s all the more ‘proud’ of her some time position as her domitor’s ‘lover’. While she has at time shown jealousy towards those kine he has chosen for the same role, her bitterness is well tempered by the knowledge that they know nothing of the truth, of what he is. She understands fully how the Blood Bond colors her views, but more than a century into it (and well past that into life) she’s grateful for it and the way it gives purpose to an increasingly surfeited life. 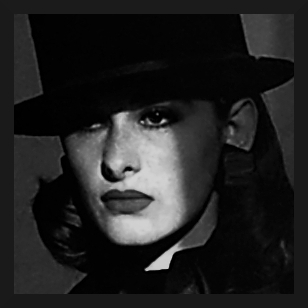