“Anyone will tell you I find gaudy accessories to be the crutch of the hopelessly tasteless. It had always been a rule of mine to accessorize with nothing larger than a child’s fist. However, there inevitably comes a time where you find something so consummately complementary, exceptions need to be made; Pierpont is my exception. "
—Adelais Seyrès

“Gerousiastis McGinn is a fine fellow, though I’ll never understand his fascination with cigars. I suppose I’ll just have to agree with Mr. Freud. Sometimes a cigar is just a cigar.”
—George Smith 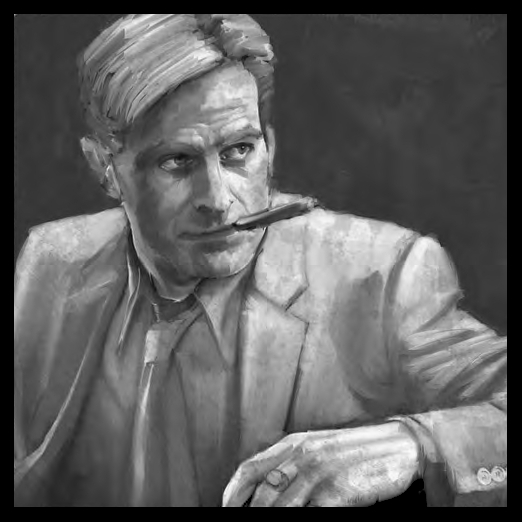 Pierpont McGinn is a tall, steel-jawed Southern man with dirty-blond hair and chalky-blue eyes. He dresses in light-colored suits that accents what he terms his “perfection of breeding.” His favorite affection—a fine Southern cigar—is frequently seen nestled between two white fingers. Curiously, he does not seem bothered by the proximate source of flame that so upsets other Kindred.

The most bombastic voice in New Orleans’ Prima Invicta belongs to the Ventrue schemer Pierpont McGinn. His star has been on the rise in the local Invictus in rough conjunction with the decline of Accou Poincaré’s, and thus the two are not on especially good terms. Still, McGinn’s successes are hard to argue with, and the fact remains that he has emerged as one of the leading members of the region’s First Estate.

A child of the American Reconstruction, McGinn was born into wealth and prestige, and has worked to maintain both in the decades since his Embrace. Though he is far from the eldest Kindred within the Invictus, he holds a reputation as one of its most traditional members. That is, McGinn absolutely believes that the Invictus should rule every Kindred domain, that the Ventrue should rule the Invictus, that the Prima Invicta should rule the Ventrue. Though McGinn sits on both that august body and his clan’s gerousia, in addition to ruling Uptown as Vidal’s duly appointed regent, he is still not satisfied. He sees only the fact that a seat on the Cabildo is absent from his list of titles and honorifics. Thus, McGinn constantly schemes to advance his cause regardless of which way the winds of chance may blow the factional warfare in the Big Easy.

Pierpont McGinn is, in no uncertain terms, a racist of the highest order. While he shows the largest amount of hatred for blacks, he has nothing but disdain for anyone who’s not white and Christian—and even then, if they’re not Protestant, he views them with no small amount of suspicion. In the many nights since McGinn began his Requiem, he has pigeonholed the various clans into similar niches, with the Ventrue at the top of the heap. However, even after so many years of unlife, McGinn considers “purity” of birth to be of far greater importance than Embrace. In his mind, a white Ventrue is superior to a white Gangrel, but a white Gangrel is superior to a black or Hispanic Ventrue. In fact, McGinn lost substantial respect for Vidal when the prince, over the course of the years, backed down from his positions on white supremacy and the institution of slavery.

Because of these attitudes, McGinn maintains contacts in numerous white supremacist groups, from older organizations such as the Ku Klux Klan and Dixie Mafia to modern alt-right groups. Through these organizations, McGinn gains surprising access to local businesses and pockets of criminal activity that have remained inaccessible to either Antoine Savoy or Reynaldo Gui.

Pierpont McGinn is childe to Troy Hansen, an Antebellum trader and businessman who serves on the primogen of Houston. Hansen was childe to Alejandro Rojas y Batiz, a Spanish nobleman who served on New Orleans’ early primogen from the 18th century until the Civil War, when his haven was burned down by assailants unknown during the city’s capture by the Union. Alejandro was childe to Decimus Titus Optatus, a Roman elder who was prince of a small town in medieval Spain and destroyed during the Anarch Revolt. Optatus was childe to Etewoklewes, a Mycanean methuselah active in the intrigues of imperial Rome. He disappeared during the Crisis of the Third Century’s upheavals and is presumed deceased. Etewoklewes was childe to Medon, one of the clan founder’s first childer who set himself up as a god-king on an island in the Aegean. He ruled the kine absolutely until they rose up and burned his palace during the day. Medon was childe to Ventrue. The Kingship Clan holds their founder perished long ago, making them the only clan free of an Antediluvian’s machinations. 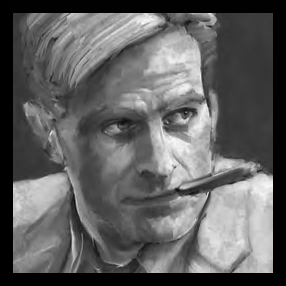