“Few Kindred I have met possess any sense of compassion, but Seneschal Maldonato is one of them. Perhaps through strength of spirit, or perhaps simply by virtue of his outright strength, he has been able to cultivate a measured sense of justice and mercy that makes him a rare bright spot in the rolling mass of viciousness and self-indulgent cruelty that is New Orleans. There’s no ill words I could—or would—speak against him on those merits alone.”
—Caroline Malveaux-Devillers

“Prince Vidal is fortunate to ’ave such wisdom at ’is side.”
—Cletus Lee Boggs

“I could always tolerate him. The rest still disgust me, and it is his vestige of decency they hide behind, like so many termites in hardwood.”
—Isabella Suarez

“Seneschal Maldonato is oft underestimated, his easy and reserved manner lulling others into a mistaking this lion for a lamb. Canny Kindred would do well to remember that few of the meek survive centuries, and fewer still spend many of them as an archon. In truth the seneschal’s gentle demeanor is a facade: he is no velvet glove around Prince Vidal’s iron fist, but simply more iron painted a velvety red. Those who dart within his reach would do well to remember that his ‘mercy’ often takes unexpected (and undesired) forms. After all, it is also a mercy to put down those who can only suffer.”
—Jonathan North

“The seneschal is the embodiment of God’s mercy.”
—Rocco Agnello 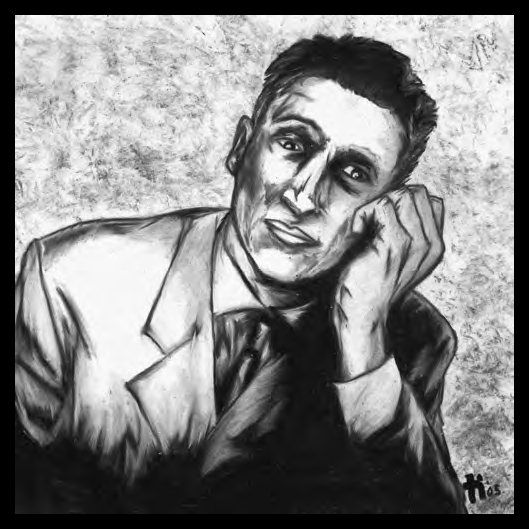 Philip Maldonato is a slender and exceedingly tall individual who stands around a head over most men. His skin is dusky and smooth, with only the merest hint of the wrinkles of age around his deep-set almond eyes, which sparkle faintly whenever he thinks hard on something. When seen in public or by the prince’s side, he favors hand-tailored business suits in muted tones (gray and navy, mostly) and double-breasted cuts, usually with a handkerchief in the front pocket. A silver pocketwatch on an attached chain and cufflinks of the same material offer several further concessions to the past. A gold signet ring set with a sapphire and traced with Arabic script rests upon one of his long, slender fingers. In private, Maldonato is a child of tradition who collects fine furniture that is now considered “antique” and prefers the loose fit of the traditional galabiyya, almaizar, and fez. In such surroundings, he enjoys walking barefoot so that he may feel the ground beneath his feet.

Philip Maldonato has been the seneschal of New Orleans for as long as Vidal has been prince, but he was the Ventrue’s confidante, lover, and right hand for centuries even before then. He enjoys a more even-handed and sagacious reputation than the prince, and most Kindred would consider him the perfect choice to succeed Vidal—were it not for the recent allegations of his Lasombra blood.

Maldonato is regent of the Central Business District and its sub-district, the Arts District. The CBD is second-most important territory in the city (after the French Quarter), and is where City Hall, Perdido House, and many corporate headquarters and cultural centers are located. Still, most elders find the sterile district “too American” for their sensibilities, and Maldonato is no exception. He makes his personal residence in the Lower Garden District and prefers to spend his time there when not attending to the archdiocese’s affairs at Perdido House. He and Vidal largely run the CBD jointly.

Maldonato is known amongst mortals as a local historical and geographical expert on New Orleans and is regularly consulted by eminent city officials and academics. He has a prolific writing career under a series of pseudonyms on a variety of specialist subjects ranging from poetry to theoretical physics. His lifelong love for learning did not end with his death, and he’s made a habit of collecting degrees from the city’s universities over the centuries (some of them more than once as fields evolve). His current mortal identity is usually a professor or PhD student. To his regret, his increased duties since Hurricane Katrina have left him with less time to attend to mortal affairs.

Maldonato is a pillar of the Camarilla. He’s served the sect for centuries as an archon and later seneschal and regent. Even when Vidal was a more visible prince than he is now, Maldonato managed much of the city’s affairs. Since Katrina, more than one newcomer has mistaken him for the prince. He’s widely regarded as an even-handed and capable administrator. Most Kindred can’t imagine what the city would look like without him. (Camarilla Status •••••)

Maldonato is an equally stolid pillar to the local Sanctified and is one of the covenant’s three elders (two if one excludes Antoine Savoy, who has split the Sanctified into two factions). It’s the fact he is a deacon and lay member of the covenant, rather than a true priest, which makes his standing somewhat lower than in the larger Camarilla. (Lancea et Sanctum Status ••••)

Maldonato’s social position among his clan is unknown.

Unknown. Maldonato has refused to disclose any details concerning his lineage, and conjecture regarding his clan has been a source of much gossip at Elysium over the years. George Smith recently alleged that the seneschal was a Lasombra antitribu before his untimely execution, but Maldonato has neither confirmed nor denied this claim. He has publicly demonstrated several advanced powers of the Blood and most Kindred presume him to be of low generation.

None known. Maldonato has seemingly never taken advantage of his position as the prince’s right hand to sire any progeny—certainly, if he wished to Embrace, it is presumed he could obtain his lover’s permission with ease. Some Kindred have speculated whether Maldonato Embraced prior to coming to New Orleans, but if this is the case, no such childer (who would by now be elders in their own right) have claimed him as a sire. 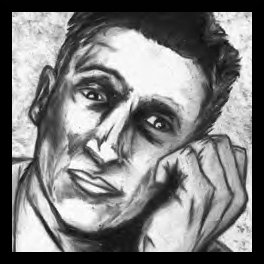