“Where do you start? Forget morality and all the error of human complexity, and follow the money. It will lead you through urban legends of sex and jealousy and acquisition of power over others, but ultimately it will lead you to the issue from which all the other motivations derive. Money. Piles of it. Green and lovely and cascading like lush leaves out of a beneficent sky. Money, and money, and money. The one item that human beings will go to any limit to acquire. Let’s face it, it’s hard to sell the virtue of poverty to those who have nothing to eat. In the state of Louisiana, which has the highest rate of illiteracy in the Union, and the highest percentage of children born to single mothers, few people worry about the downside of casinos, drive-by daiquiri windows, tobacco depots, and environmental degradation that is washing away the southern rim of the state.”

“Oil and natural gas, for good or bad, comprise the lifeblood of the state. When I was a boy, my home state, in terms of its environment was an Edenic environment. When a group of lawyers at Tulane university tried to file a class action suit on behalf of the black residents whose rural slums were used as dumping grounds for petro-chemical waste, the governor, on television, threatened to have the lawyers’ tax status investigated. The same governor was an advocate for the construction of a giant industrial waste and trash incinerator in Morgan City. His approval ratings remained at record highs through the entirety of his administration. In Louisiana, refined or extracted oil is everywhere. Sometimes in barrels buried in the 1920s. Working class citizens display bumper stickers that read, ‘Global Warming is Bullshit.’”

“Last spring, when the wind was out of the south, I could stand on the front of my porch and smell oil. It was not buried in the ground either. It was pouring in thick columns like curds of smoke from a bloom casing five thousand feet below the surface of the Gulf. This particular blowout has been referred to again and again as a ‘spill’. A spill has nothing to do with the events that occurred in the south. A spill implies an accident that involves a limited amount of oil, one that will seep from a tankard till the leak is repaired or the hold is emptied. The oil leaking from a tanker is not pressurized or on fire, incinerating men of the floor of a drilling rig. Even when a well is completed under normal circumstances, there is a cautionary tale buried inside the sense of accomplishment and prosperity that everyone on the rig seems to experience. At first, you smell the raw odor of natural gas, the smell that is like the stench of rotten eggs. Then the steel in the rig seems to stiffen as though its molecular structure is transforming into something that is alive. Even in 100 degree heat, the great pipes running out of the hole begin to sweat with drops of moisture that are as cold and bright as silver dollars. The entire structure seems to hum with the power and intensity of forces whose magnitude we can only guess at. The driller touches a flaming board to a flare line to burn off excess gas, and the ball of fire rises into the blackness and snaps apart in the clouds, and makes us wonder if our pride in our technological success isn’t a dangerous presumption. When a drill bit hits what is called an early pay-sand, punching into a dome of oil or natural gas unexpectedly, with no blowout-preventer in place, the consequences are immediate. An unlimited amount of fossil decay and oceanic levels of natural gas that are hundred of millions of years old are released in seconds through one aperture, blowing pipes, drilling mud, saltwater, and geysers of sand up through the rig floor, creating havoc among the men working there, and a cacophony of sound that is similar to a junkyard falling piece by piece into the sky. The first spark off the wellhead ignites the gas. The explosion of flame is so intense in velocity and temperature that it will melt the spars of a rig and turn its steel cables into bits of flaming string. In minutes, the rig can take on the appearance of a model constructed of burnt match sticks.”

“And what lights those matches? Oil? Hardly. The oil is incidental, nothing more than the middleman in a transaction of poverty and misery. Oil is just the striking surface. No, the true hand responsible for these atrocities is Money. Money and its inseparable twin, greed.”

“Greed is avarice at its worst. Feed a starving man, and he will be sated, even if only momentarily. Slake a man’s thirst, and he will no longer be thirsty. But give money to a greedy man, and he will only desire more. It is a thirst that cannot be slaked.”

“And so we greedily suck from Mother Nature’s teat, and in our insatiable avarice, we gnash down with our fangs, not content to merely drink her freely given milk, but rapaciously addicted to her very lifeblood.”

In terms of appearance, Philémon possesses the distinct, but hard-to-name features of a redbone. His frame is tall, but neither slim nor stocky. He keeps his dark, semi-wavy locks and goatee modestly trimmed. One cheek bears pock-marked scars, suggesting either a history of bad acne or a hunting accident with buckshot. Though his metal-framed glasses are two generations shy of hip, he passes for a somewhat fashion-conscious professor in his typical attire of jeans, corduroy sports-coat, and t-shirts—at least when not garbed in hunting camo and muck boots. His smile, which is rare, is a crooked affair stained sallow with moist snuff: his one guilty pleasure. His voice is an intriguing, but intelligible, mix of Creole and collegia-bred elocution.

At home and abroad, Philémon is usually accompanied by one or all of his well-trained Catahoula hunting dogs: Aldo, Mardy, and Thoreau.

The boy who became Professor Delacroix grew up as a poor redbone along the Bayou Gauche in St. Charles’ Parish. There, Philémon and his family dwelt amidst the local stilt-houses and looming oil wells that dotted the surrounding wetlands. His mother, Lise, cleaned and cooked fish for visiting anglers while his father, Miloud (aka, Big Milo) trapped and wrestled gators for the amusement, and dollars, of vacationing tourists. Money was always tight for the Delacroixes, but their bellies were always full, thanks to the bayou’s bounty.

All that changed when the nearby Shell plant exploded, not once, but twice, in 1973 and 1988. The resultant chemical spills helped create the infamous Cancer Alley and poisoned the waterways, their wildlife, and the locals that relied upon them. The Delacroixes were no exception. As the fish and gators became sicker and sparser, Lise’s and Milo’s clientele dried up, as did the poisoned bayou’s bounty. With their livelihoods and main source of sustenance lost, the Delacroixes sold their home for a beggar’s pittance; Miloud took a job on an off-shore oil rig while Lise and Philémon moved to New Orleans. Although Big Milo’s job meant he was rarely able to see his wife and son, the pay was good–almost exorbitant compared to what they were used to.

With that money, Philémon was the first Delacroix to not only graduate high school but attend college, first at Loyola for undergrad, and then at Tulane where he received his doctorate in economics. During that time, he specialized in ecological economics and social accounting and participated heavily in local environmental sustainability programs. In 2001, he and other activists successfully convinced the federal government to create the Bayou Teche National Wildlife Refuge. Shortly thereafter, he became an assistant professor at LSU, but failed to attain tenure after angering several prominent oil tycoons—who also happened to be ‘generous,’ well-connected alumni. After an interregnum of working for nonprofit environmental advocacy programs and the United States Fish and Wildlife Service, Philémon (or Phil as he more commonly called by his colleagues) returned to Louisiana and academia when he accepted an associate professorship at his alma mater, at Tulane’s Department of Economics.

In 2010, however, Philémon’s research and activism became intensely personal. When BP’s Deepwater Horizon offshore oil rig blew, Big Milo was one of the 11 workers never found, but presumed dead. The bereaved son used his resources and skills to find those truly responsible and bring them to justice—not just for Milo’s murder, but for the billions of marine lives similarly lost due to BP’s careless avarice.

When not engaged in academic research and instruction, Philémon spends his time participating in environmental protests that sometimes wander into ecotage or, bewilderingly to some of his activist peers, fishing and hunting. 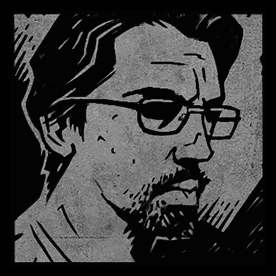