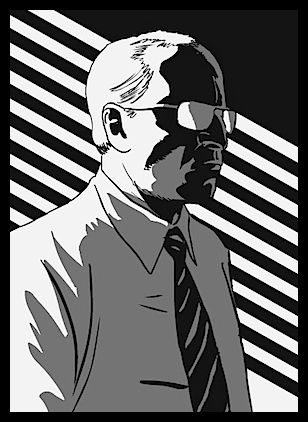 He walks into the room like a poster child for privilege. White. Male. He wears a crown of golden hair, slightly receding, but otherwise untarnished. Though middle-aged, his face and frame remain fit, exuding a self-righteous halo of testosterone and authority begging to be challenged. His skin is ruddy with the familiar, but restrained, touch of the Dixie sun. Aviators conceal his humorless, bombardier-blue eyes -but not the heat of his gaze. His mouth flips between a fierce frown and a fiercer smile, with teeth as bleach-white as his rank-pinned shirt. Conservative-colored ties, ironed-creased slacks, and neck-stomping shoes complete his uniform. He carries his crescent-shaped badge and nickel-plated magnum at his hip, both brightly polished and engraved: the former with the NOPD’s insignia, the latter with his favorite slogan, “Go ahead, make my day.”

Otis prides himself as being a “Southern man, not gentleman.” He is the product of his upbringing, being raised in a white, blue-collar family whose father lost his dockyard job to automation and containerization, but blamed racial integration, immigration, and alleged semitic conspiracies for their financial woes. Otis grew up watching his father and uncles don Ku Klux Klan robes, burn crosses at Baptist churches, and electioneer for David Duke’s gubernatorial campaign. Although he himself never joined the KKK or NAAWP, Otis ended up adopting much of their views. In short, he was raised to be a bigot, and he unquestioningly became one.

Prompted by his ideological drive to protect “civilized folks from pukes and degenerates” and his less-articulated desire to bash some heads, Otis joined the NOPD on his 20th birthday. He began his career as a beat cop, quickly distinguishing himself as tough, hard-working, obedient to the ‘right’ bosses, and not-afriad to get his hands dirty. This reputation, as well as his unapologetic bigotry, gained him favor amongst the ‘good ol boys’ of the NOPD. With their patronage, Otis climbed the ranks. He made sergeant after a series of front page drug busts during the crack epidemic. A few years later, he earned his lieutenant’s bar after exposing a human trafficking and prostitution ring while not exposing some of its more ‘respectable’ clientele, which included a local judge, an oil tycoon’s son, and a state senator.

During Katrina, Otis was among the few officers who did not abandon his post. “Mother nature may wipe out our beat,” he said, “but I won’t allow anarchy to take its place.” He gained some measure of fleeting fame when national media posted pictures of him leading his team to first rescue trapped nursing home residents, then an orphaned infant, from the floodwaters. In recognition of these services, Otis was promoted to captain.

A week later, however, he was suspended following charges from the Justice Department that accused Otis of covering up the actions of white vigilantism against black ‘looters’, including the murder of a seventeen year old boy without any record. Although he and several of his platoon members were found guilty, their several decades-sentences were stayed after they were granted a retrial by the federal district judge (who happened to be the same judge Otis covered for), on the account of ‘prosecutorial misconduct’. When further evidence revealed that the teen had been involved in a kidnapping and murder spree before his death, public tide changed, and Otis was later acquitted on all charges (although several of his subordinates received lesser sentences or had their trials indefinitely delayed).

Two years after his suspension, Otis was reinstated. Yet, to sidestep public outcry and reduce the likelihood of future incidents, Otis was moved from his 8th and 9th Ward precinct to the comparatively staid Mid-City precinct of the 1st district. Not one to sit idle, Otis worked hard and eventually earned the lateral promotion to captain of District Investigative Unit-Person Crimes in the 1st district—a position that grants him jurisdiction over Tremé as well as Mid-City, including the Back of Town’s Lafitte Projects. In short, Otis is back in the saddle.

Over his tenure, Otis has gained the favor of not only his ‘good ol boy’ superiors, but also the loyalty of a fair-sized cadre of like-minded cadets and officers. Ironically, this latter group includes Sergeant Ronald LeClout, a 350-pound black man who serves Otis with the slavish obedience of a dog, convinced that most of the city’s problems happen when “a man forgets his limits—and his place.” On-duty, Otis leads his subordinates with hard-nosed principles like “Dust ’em or Bust ’em”, much to the chagrin of Internal Affairs. Off-duty, Otis often cavorts with his badged and civilian sycophants at local shooting ranges and his Mid-City bar and BBQ restaurant, the Big Dixie Pig as well as sponsored whiskey-fueled duck hunts in the bayou.

Otis prides himself on living in his district, dwelling in a recently renovated antebellum house along the Bayou St. John. There, he lives with his homemaker wife of sixteen years, Clara, and their two sons, nine-year-old Wayne and six-year-old Duke. Despite his blue collar background and decent, yet far from rich, captain’s salary, Otis lives comfortably. While he claims business is good at his bar, others wonder, out of earshot, if the captain’s marked improvement in finances has anything to do with the poorly-recorded confiscation of looted goods that followed hurricanes Katrina and Rita. 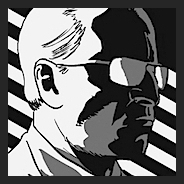