“Whoever fights monsters should see to it that in the process he does not become a monster. And if you gaze long enough into an abyss, the abyss will gaze back into you.”
Friedrich Nietzsche
“There are no heroes… in life, the monsters win.”
George R. R. Martin 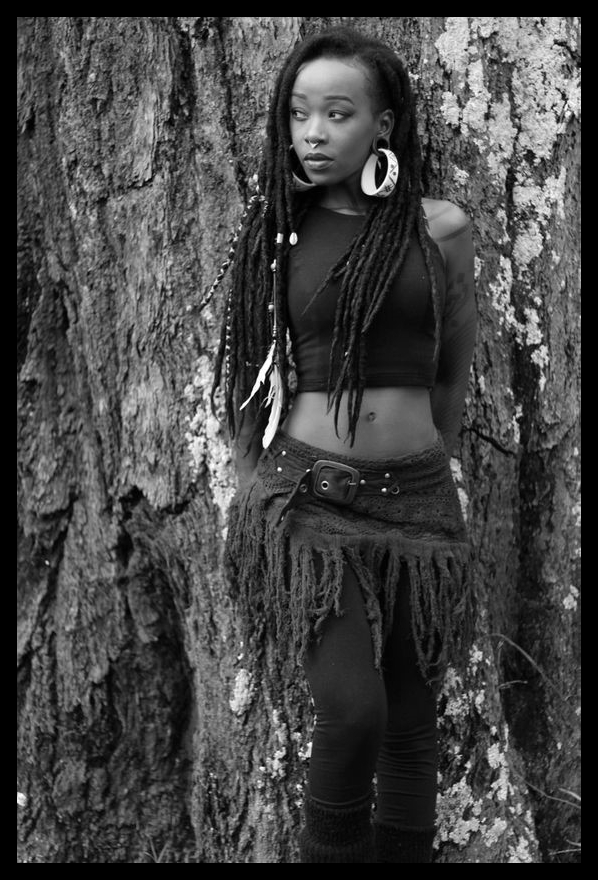 Nylea didn’t receive much in the looks department from her mother. Her skin isn’t as dark a brown as some people of color, but there’s nothing in the pigment to suggest the Caucasian heritage. Nor is it there in her hair, which is as wild a mane as any lion’s when she wears it untamed — hence the dreadlocks, tightly coiled rings of hair that hit her waist, interspersed with beads, feathers, ribbons, and whatever else she feels like wearing that day. Her eyes are dark and some would say brooding; there’s an expression on her face that can only be described as intense. Her ears are gauged, her nose pierced, and the kohl liner she wears around her eyes is frequently winged. She favors darker colors for her lips, with large, bold earrings made of faux ivory, shell, or bone.

She’s medium height, once more favoring her father rather than the diminutive stature of her mother. Years on the streets have turned her lean and wiry, with well-defined muscles that speak to hard work instead of hours at the gym. Her legs are long, all the better for the running she likes to do, her butt firm.

If you didn’t know any better, you’d wonder if she was a Voodoo priestess fresh off a movie set. Eclectic is one way to describe it. Tribal another. She adorns herself in feathers, beads, shells, and bone, winding them through her hair and in her clothing and on her fingers. It’s never enough to be more than simply there, never enough to detract from who and what she is. It doesn’t beg for attention; it simply is. She favors dark colors, things that are easy to move in, a habit leftover from her mortal days when movement was the key to staying alive. The secondary benefit, of course, is that in the darkness it is easier to blend.

When her arms are bare, which is often, her markings are visible. Tattoos, some people say, but in truth it is no more than henna, and if you pay close enough attention you will see that it shifts over time.

There’s something to be said for disappointing your parents. At some point in your life you realize that you’re living for them, not you, and that all the status and wealth in the world doesn’t do you any good when you wake up to the realization that you hate yourself.

Nylea’s mother, Abigail Leana Abel, didn’t find her calling until after she had finished school. She went through four years of undergrad, three years of grad school, and was two months into a career in law when she looked around and wondered what she was doing with her life. She’d heard all about the issues her brother had faced with their father growing up — “that ungrateful, murdering brat!” — and she’d thought that if she made the old man proud maybe it would fix their broken family. But it hadn’t. Her father was as miserly as ever. Her brother was broken in a new way, in a different way. And she was too young to be as miserable as she was. She took off on sabbatical. “To find myself,” she said.

When she came back, she was different. More firm in her own beliefs rather than cowtowing to what her father wanted. More than that, she had delved into the land of the weird. She explored occult, mysticism, Vodoun. She hunted ghosts and vampires and werewolves, pointing to the fact that they had to exist. The legends had to come from somewhere. She didn’t stay long in New Orleans. In fact, she once admitted, she wouldn’t have come back at all if not for the man that she had fallen in love with. A black man named James Abernathy, whose father was himself a man of power, and who Abi Lee wanted desperately to learn more about.

When she was 25 she became pregnant, and at 26 she gave birth to a little boy and girl. Twins. Inseparable. At least until the age of four, when James went missing. She told the authorities how he’d been taken by the monsters and that was that: she was locked away. Her kids were sent to their grandfather.

Nylea wasn’t old enough to remember much about her mother. She grew up poor, the streets a second home, but her grandfather did the best he could. He was a mean old coot to everyone else, but inside the home he had a soft spot for his grandbabies. When Nylea asked to learn more about the loa, he taught her. When she came home with skinned knees and a sob story about bullies, he bandaged her back up and taught her how to throw a left hook. And when she made noise about going to college, well, he told her that her Momma had family in town and would she like to meet them?

There was some stiltedness at first. Her maternal grandfather wanted to know what Doc thought he was playing at, keeping the children from him. Insults were bandied. Both men’s parenting skills were called into question. And, once the dust had settled, Nylea found herself with another family. A second grandfather. An uncle.

And a full ride scholarship to Tulane.

The deal was she watched out for her brother and he for her, and even though he chafed at the rules he was a true chameleon: he learned how to blend. While she studied history and culture and religion he studied people. He was no slouch—they had the same brilliant mother, after all—and he maintained his grades well enough to keep the scholarship they’d both received.

But the thing about the paranormal is that you don’t just dip a toe into it and expect it to leave you alone. When you stare into the Abyss long enough, it starts staring back. She was at a party when it happened, when the hairs on the back of her neck stood on end, when something that was clearly not right occurred. The memories are foggy, but after that it was… a calling. A yearning to learn more. She threw herself into it with everything that she had. No longer a hobby, it was an obsession. It consumed her. Though she remained at the top of her class her focus was on urban legends and myths, the same sort of ghost stories that got her mother locked away. Every waking moment was a study of the surreal. The rumors. She fell in with the investigators in the area and started following the trails.

And then she stumbled across something real. Something she couldn’t explain. Something… fatal.

Curious. That’s the easiest way to describe her. She wants to know the answer to all of life’s questions, and she is not satisfied until she gets them. When you talk, she listens, and you know she’s listening because of the way she nods, the questions she asks to follow up, the way she probes for further information. Some would say the eye contact that she makes is unsettling; she just thinks she’s being thorough.

The thing about growing up on the streets is that you learn what’s safe and what isn’t. So while other, older Kindred have elaborate trappings and multi-level homes, Nylea knows the safest place to crash when she’s stuck away from home. It’s not quite a different place every night, but a girl’s got to have some secrets.

• Carnell and his boys ran a train on her. She liked it.
• She and Tyler MacIntosh did the deed, then he posted pics of her passed out online.
• Mommy is locked up in a mental institution.
• Daddy is dead.
• Daddy is in jail.
• Daddy is a vampire.
• She’s the one who cursed Andrew Phillips to look like a rat.
• Mom’s family is super rich, which is the only reason she got into college.
• She and her uncle are way closer than they should be.
• She keeps trophies from all her victims.
• Every time she kills someone she tattoos their name on her body. 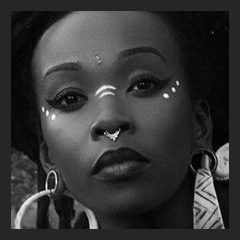