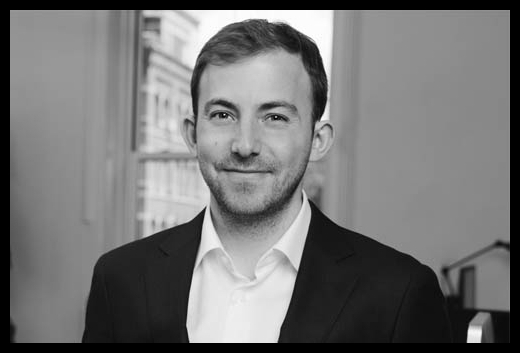 Nolan Moreno III is a slim and handsome man whose features hover in that 30-something range between youth and middle age. His well-cared brown hair doesn’t yet have a single streak of gray. His ears and round nose have been the subject of several caricatures by local cartoonists, but Moreno laughs at these and even has several on display in his office. He’s got several days’ worth of perpetual stubble, but makes it look like a sharp, minimalist impression of a beard rather than unkemptness. He usually dresses in crisp business casual jackets and slacks with contrasting light and dark colors. He smiles easily, has a solid handshake, and “looks like a bit of a Yank” in the eyes of some older French Quarter residents.

The French Quarter is littered with immense amounts of trash after weekends and festivals. Even these pileups, however, pale next to the sheer mountains of waste that choked New Orleans’ streets after Hurricane Katrina made windfall. The city’s garbage services were as in shambles as everything else, but into that need for prompt waste disposal stepped the newly-founded Aura Environmental Systems Inc. and its young owner Nolan Moreno, only several years out of business school with his MBA. The beleaguered city government was all-too happy to outsource their problem’s literal cleanup to a private contractor, and Aura’s efforts did not disappoint. An op-ed in the Times-Picayune lauded that one could “eat off the streets after Moreno was done with them.” Aura Environmental promptly secured numerous further waste collection contracts that it holds to this day, including the highest-paying weekend cleanups of the French Quarter. Moreno’s business has earned him the less-than-flattering nicknames of “the Trash King” and “Trashanova,” but he’s received his newfound titles with good humor and even jokingly refers to his company’s collection trucks as “the royal fleet.”

He’s far more serious, though, about the actual collection of New Orleans’ waste. A vocal libertarian and advocate of privatization (he was a proud Ron Paul supporter in 2012), Moreno makes no secret over the fact he wants to see Aura Environmental handle all of the Big Easy’s garbage pickup routes. He maintains that his company will do a better job than the often-lackadaisical city government, and many critics are hard-pressed to disagree.

Moreno lived between several homes in New York City and Miami until the early 2010s, when he purchased his newest residence in the French Quarter. It was not long afterwards that he became concerned by the district’s violent crime, which was sometimes close enough to hear from his own house. Moreno subsequently started the French Quarter Response Force, a company that contracts off-duty police from a variety of agencies to serve as private security. The city government is a partner in the company and allows its off-duty cops to retain a number of law enforcement powers, including the power to make arrests. Many of the Response Force’s patrol officers make as much as $50 per hour and earn gift cards at local restaurants such as Ruth’s Chris Steakhouse whenever they make arrests. Moreno credits the Response Force’s record-fast response times to the fact that citizens summon them with a phone app rather than 911 call, the latter of which has a notoriously slow response time in New Orleans.

Moreno’s efforts with the security company have led to him becoming a very good friend to NOPD. He is now a semi-regular presence at the Eighth District police station, where a more critical Times-Picayune op-ed by Raymond “Slim Ray” Landry claimed that he’d become involved in everything from hiring officers to coordinating patrol routes and planning arrests. Landry’s op-ed went on to conclude that “Mr. Moreno is hungry for credit, disregardful of regulations, and known to publicly leak sensitive information, in addition to the inherent problems of a private citizen being involved with police work to the extent that he is.” Moreno, however, maintains that his efforts have driven down the French Quarter’s notorious crime rate and made the district safer for residents and visitors alike.

Controversy erupted over the program’s funding half a year after its launch, which Moreno was unwilling to continue providing solely out of his own pocket. After some debate, the city council voted to subsidize the Response Force, and Moreno introduced a sliding pay scale to his now-popular app: users can download the “bronze version” and still summon patrol officers for free, but users who pay for the silver, gold, or platinum tiers are flagged as higher response priorities (in addition to receiving a number of other perks, such as the ability to follow the patrol unit’s route in real-time). Moreno freely admits the solution isn’t perfect, but funding for the program has to come from somewhere, and he maintains that its existence has still been a net benefit to public safety in the French Quarter.

The Response Force currently only serves the Vieux Carré, but Moreno is widely thought to have plans of expanding its patrol routes to the Central Business District and Marigny Triangle, which would make its jurisdiction fully overlap with the NOPD’s Eighth District. Moreno has even dropped hints of expanding the program to other cities “if it keeps doing well in ours” and applying to Baton Rouge for further funding. Some citizens have even called for him to run for mayor. Moreno is supported in his efforts by his long-time friend Bill Timms, a retired rocket scientist involved in the app’s software development who jokingly refers to himself as “the Robin to his [Moreno’s] Batman.”

Moreno extended his condolences to the Devillers and Whitney families after their daughters’ shooting by the now-deceased Richard Gettis. He came by with Superintendent Bernard Drouillard and Commander Delron Mouton to visit Yvonne in the hospital, but Cécilia Devillers indicated that her family was uninterested in letting any police (or, apparently, their good friend) have contact with her still-recuperating sister.

This changed after Richard Gettis was fatally shot in a confrontation with SWAT by the now ex-Officer Jeremy May, who was on patrol for the French Quarter Response Force and lost his badge amidst the blowback due to being technically off-duty. The Devillers and Whitneys, however, were all-too grateful that Moreno’s security force spared their families the ordeal of a criminal trial. Both families have supported his efforts to broaden the scope of the FQRF’s law enforcement powers to include use of lethal force, and have joined the calls for Moreno to run for mayor in 2017.

Caroline Malveaux-Devillers met Moreno at the dinner to celebrate Sarah Whitney’s and Yvonne Devillers’ recoveries. She saw he had also entered into a relationship with Adeline Devillers, the latter family’s second-eldest daughter. Moreno mentioned he had gotten some city council members to sponsor a bill authorizing technically off-duty police working for the French Quarter Response Force to use lethal force in the course of their duties. He asked if the Ventrue would be interested in attending the council’s forthcoming legislative session with him to speak in favor of the bill’s passage, but she ultimately declined, believing her face would be less than welcome among the Democratic politicians. 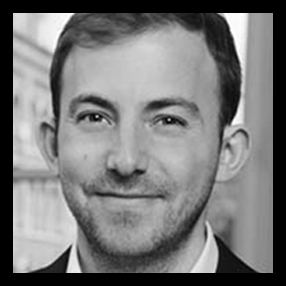