“When plunder becomes a way of life for a group of men in a society, over the course of time they create for themselves a legal system that authorizes it and a moral code that glorifies it.”
Frédéric Bastiat
“The country is filled with energetic and enterprising men, rendered desperate by being reduced from affluence to poverty through the vicissitudes of the times. They will give an impulse to smuggling unknown to the country heretofore.”
John C. Calhoun
“Everything the State says is a lie, and everything it has it has stolen.”
Friedrich Nietzsche 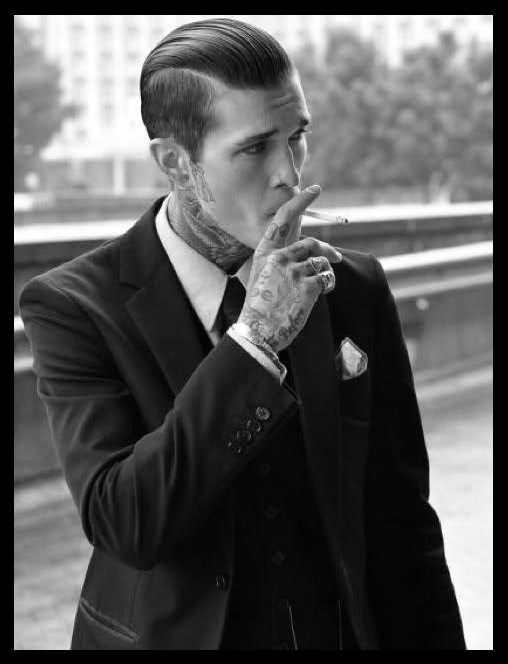 He’s a walking piece of art. A punk rock stereotype bound up in black leather and chains, with a mouth that looks like it was made to hold a cigarette. Tattoos cover every bit of exposed skin below the line of his jaw, itself a hard, cutting thing that looks like it could take a solid blow. His head is shaved on the sides and longer up top, hair slicked back with enough product to tame even the unruliest of strands. Deepset navy eyes peer out from under a strong brow, lips quirked up in a perpetual smile. A pair of gold rings glint off his right hand, and over the charcoal three-piece suit he wears a distressed leather jacket.

Granted, when he said that he was about ten years old, and his dad hadn’t yet been brought up on charges for second-degree manslaughter when he brutalized a black man after hauling him off his motorcycle in the streets of Miami. This was before his mother, Arlene, filed for divorce the day after the acquittal. She moved back to Atlanta, where her family was from, but Nico was 18 at the time and only had a few months left of high school. He finished his degree among a slew of beatings, robberies, and other various forms of bullying for the actions of his father. Disillusioned by the man he’d once regarded as a hero, Nico took off from Miami as soon as he had his diploma in hand. He spent some time working odd jobs and falling deeper into the idea of anarchy—after all, what sort of civilized society could allow monsters like his dad to walk free when every single bit of evidence pointed to his guilt?

Eventually Nico landed in San Francisco, where he caught the eye of a drug smuggler by the name of Francesco Ricci. Ricci had spent the past ten years evading the Coast Guard and local authorities on his frequent trips into Mexico for cocaine, and he knew an asset when he saw one. He ghouled Nico to assist with the process; the two spent the better half of a decade smuggling literal tons of drugs, bodies, and whatever else people needed moved between the States and Mexico. The business proved lucrative to both parties.

Unfortunately, Ricci caught the eye of local Caitiff Leon White, whose brother had taken the fall for a wealthy white drug dealer and was summarily put away for life. Leon, or “8-Ball” as he prefers to be called, subsequently developed a deep hatred for anyone slinging drugs, and set a trap that delivered both Ricci and Nico to him. After a night of brutal beatings that left Ricci without limbs or teeth, 8-Ball finally put Ricci out of his misery and turned his attention to the displaced ghoul. The last thing Nico remembered was a flash of fangs.

Already familiar with the idea of a Requiem, Nico didn’t stay long with his new sire. He took off back East as soon as he was released, returning to the town of his birth to meddle how he could. In ‘89 he pulled off a frame job that ended up with his father indicted for conspiracy to distribute cocaine and commit bribery. After his father was put away there wasn’t much left in Miami for Nico, so he took off to see what the rest of the world had to offer.

He spent the next few years city-hopping, until he landed in New Orleans in 2008, just after the city was back on its feet from Katrina.

Shortly after her Embrace in 2009, Jade Kalani began to casually date the decades-older Nico Cimpreon. He was pleased to bring her into his krewe, OXR, and while rumors began to swirl about Jade being as loose with her body as her sire was, the pair managed to make it almost a year and a half before they parted ways.

Nico apparently left the city, his girl, and his krewe behind in early January, 2011, and hasn’t been seen since.

Nico and his krewe put together the “Crowning of the King” ceremony for Lord Savoy‘s annual Saturnalia celebration. He ran into Jade at a later Elysium and exchanged a handful of flirty lines before they parted ways. On New Years Eve, 2011, Nico and his co-conspirators launched an attack on Sheriff Donovan’s domain. He was banished from the parish for his effort.

Caroline ran into Nico and his new krewe in Cairo, where the four of them were responsible for ensuring the safe arrival of a handful of Camarilla bigwigs. Caroline found a Sabbat pack laying in wait along the convoy route and hatched a plan to ambush them before they could launch their attack. The fight went relatively smoothly, with both the pack priest and ductus falling to Caroline and her new allies. The four of them questioned the Sabbat to find out who had leaked the convoy details before sharing a drink and ridding the earth of a few more scumbags. Caroline later learned from Seneschal Maldonato that Nico had been exiled from New Orleans years prior and had his banishment lifted.

Nico was among the Kindred who fought in the 2016 Battle of Mt. Carmel when Sheriff Donovan and his allies attempted to slay Caroline Malveaux-Devillers and end the threat she posed to his position as Vidal’s heir apparent. Nico met final death at the sheriff’s hands.

Nico is the childe of Leon “8-Ball” White, a Lasombra posing as a Caitiff from Oakland who projects a tough-guy image to better manipulate the people around him into thinking he is nothing but a brainless thug. He’s often mistaken for a Brujah. 8-Ball is the childe of TJ McMillan, a San Francisco-based Kindred who uses his childe to control the streets across the bay to get an edge over his rivals. 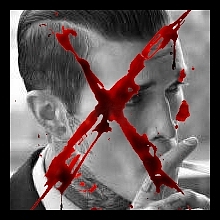