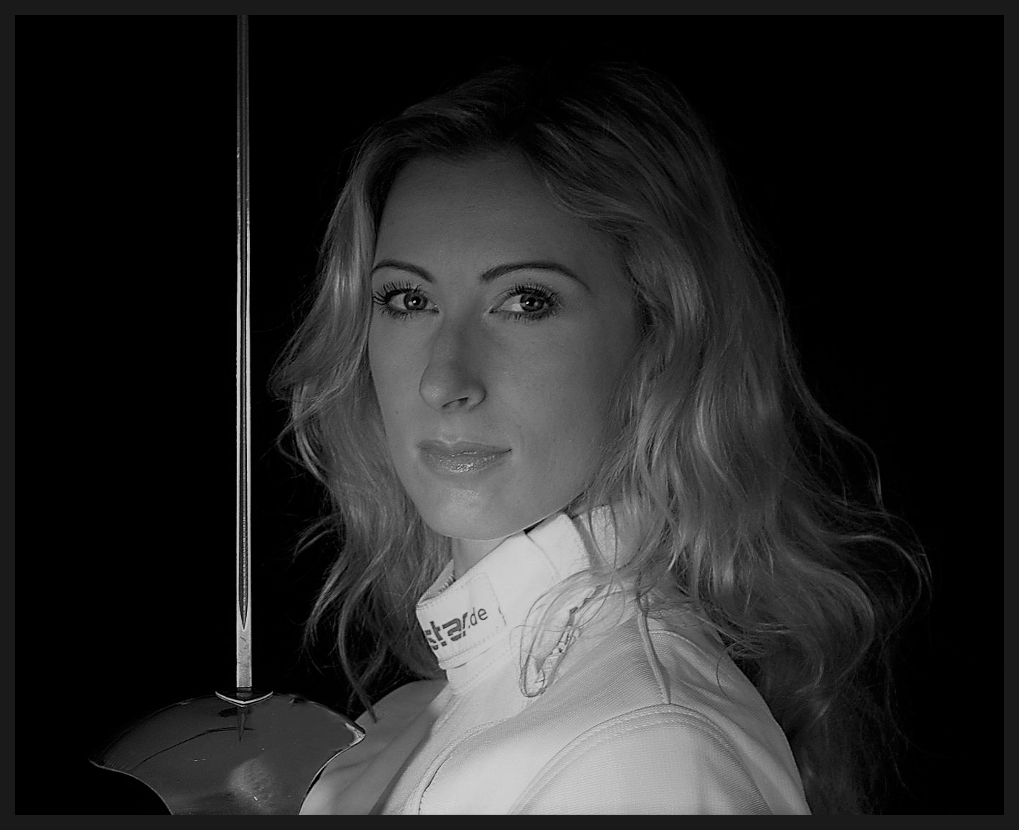 Nerea Ericson is a woman with two faces. Her better-known face is the fiercely, almost fanatically, competitive fencer who climbed to the height of the world’s fencers before she retired. When she wears that face, she is unapologetically physical and dismissive of pain. Her blonde hair is a bundled mess tied out of her field of vision and her face is clean of makeup. Her expression is serious, stoic, even grim. Everything about her screams business, if not power. Her posture and poise both reflect the coiled spring she honed her body into over more than a decade of training.

Nerea’s more recent face has been the dolled up and even smiling ‘business professional.’ She tries to blend in amid her ‘peers’ as another cog in a corporate machine. She’s not quite beautiful—there’s just something too handsome about her looks for that—but she can almost pass for ‘normal.’ She can almost hide the deftness, grace, and energy that’s present in her every step. Her height is only slightly above average, but there’s something that stands out about her. Something that sets her a little bit apart. It’s not the shock of blond hair or the piercing gray eyes. It’s a presence with her, a feeling like she’s never quite satisfied. Like a war horse turned out to pasture or a tiger locked in a cage.

Nerea dresses in conservative business suits in her profession life. They’re empty and soulless things in drab colors don’t seem flattering or even normal on her, custom-tailored or not. Only the effortless balance in her heels seems natural. She wore them almost religiously before she was ghouled, as if trying to hide behind them to bury her past life as a fencer. Tonight, she doffs them as quickly as possible. She’s often found in workout clothes while aggressively pursuing her fencing physique once more. When she’s out on business with Caroline or other ghouls she alternates between the ‘tactical’-style clothing of her fellow ghouls and more light, flowing choices that do less to impede her movement. 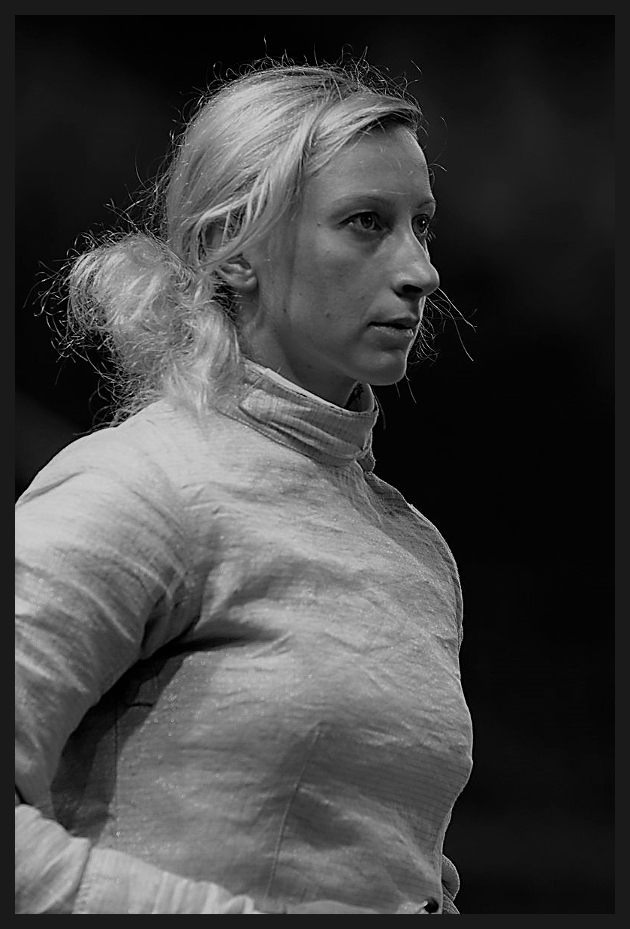 Nerea was born to an upper-middle class family and grew up amid privilege and opportunity that permitted her to pursue a talent at fencing into a dream of Olympic success. Her first run in 2004 ended with a bronze medal. She felt her window closing and doubled down after college, making a final push in 2008 for a gold medal. She fell tantalizingly short before her American teammate in the finals, and went home with a silver. Perhaps she was frustrated or perhaps felt she’d reached her limit, but Nerea abruptly retired from the sport to pursue law school and get on with the rest of her life.

Nerea is intensely driven, to a frankly unhealthy degree. She was the oldest child in her family and might have been inspired by that, or perhaps because of her mother’s insistent harping that she could ‘do better’ throughout her childhood and even into her fencing training. Perhaps she even has a mental defect, as some of her competitors have sneered. Whatever the reason, Nerea is never satisfied at being average or even good at something. She doesn’t even want to be great. She wants to be the best. It was that desire for greatness, or at least opportunity to recapture it, that drove her into the service of Caroline Malveaux-Devillers. The opportunity to never grow old, hone her skills without decline, and challenge herself against things she’d never imagined was too much for her to resist. It didn’t hurt that the offer came with another well-paying law job either.

Ericson was lured to New Orleans by the Gerousia of Clan Ventrue as a gift to the newly recognized Eiren Malveaux-Devillers following the completion of her agoge. She was introduced at an event celebrating the same, where while Dominated she overcame numerous other combatants in staged duels for the entertainment of the assembled Ventrue. Though initially reluctant—and even terrified by the circumstances that brought her to New Orleans—she was convinced to enter Caroline’s service by Annette Green and moved her family to New Orleans to accept a position in the newly-formed law firm Caroline was opening.

Nerea was one of the many ghouls that fought Caitlin Meadows alongside Caroline and was badly injured in the fighting after diving into the Giani Building’s pool to join an underwater melee between the two vampires. The event caused her to reconsider her service to her domitor, and she became more withdrawn and insubordinate thereafter.

In the aftermath of the death of Claire Malveaux, Nerea did not show up when called by Caroline. When confronted by the Ventrue in her home she became combative, even drawing a weapon on her thoroughly unimpressed and increasingly furious domitor. In the aftermath of that meeting, Caroline set events in motion to stage Ericson’s death in a car accident, but ultimately decided against it, intending to alter the lawyer’s memories and banish her from the city to allow the mother of two to return to her life. During their altercation Caroline discovered that the effects if her ghouling, to say nothing of moving her entire family across the country, had damaged Ericson’s marriage. She and her husband had become estranged to the point of sleeping in separate beds.

The decision to spare Ericson turned out to be for naught: shortly thereafter, when she was revealed by her sire before Sheriff Donovan, the prince was convinced to condemn two of her servants, of the sheriff’s choosing, to death. Donovan named Ericson as one of the two without hesitation, though the Hussar volunteered to carry out the sentence, seemingly desiring to fight “the Olympian” himself.

The Hussar later delivered Ericson’s and Gerald Bishop mangled bodies to Caroline. Ericson’s decapitated corpse showed wounds consistent with a duel against the ancient ghoul. Caroline made use of the previously laid plans to stage Ericson’s death in a fiery car accident, collecting on a life insurance policy in the firm’s name and later suing Ericson’s automotive repair shop for negligence that resulted in her death, collecting an undisclosed settlement for wrongful death for both the firm and Ericson’s surviving family. The family departed New Orleans shortly thereafter, restarting closer to her husband’s parents with significant settlement payments. 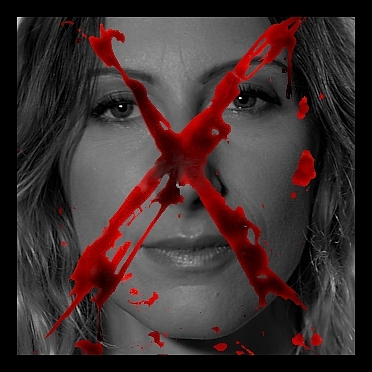