“For all her seeming business acumen, she chooses her company poorly. After all, she owes me money."
George Smith
“I’ve heard that she’s a Malk. Maybe her insanity is that she’s forced to be a total bitch all the time? She’s certainly got the face for it.”
Caroline Malveaux-Devillers
“Preston got a raw deal when she came out with a set of tits. If she were a man no one would bat an eye at her pragmatic approach to business, but the fact that she was once female means she’s got a stick up her ass. I rather like her dry humor and barbed tongue—when it’s directed at someone else, of course.”
Jade Kalani 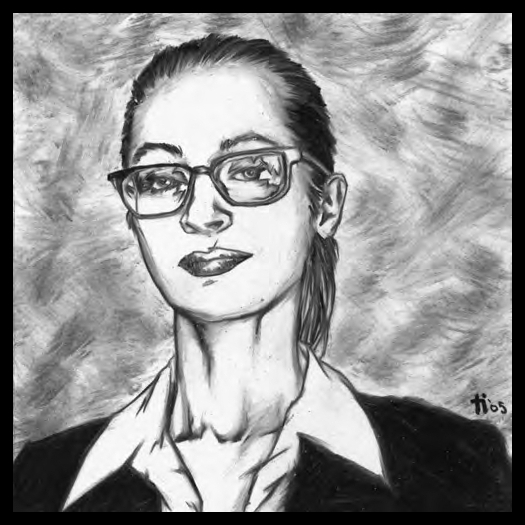 Natasha Preston presents herself as a severe, no-nonsense sort of woman. Though she can be charming when she puts her mind to it, she is largely humorless, and never appears to consider herself “off duty.” She prefers skirtsuits in muted colors and wears her dusky blonde hair in the latest conservative fashions.

Natasha Preston was born a typical daughter of wealth in post-WWII New England. Her family—which dated from colonial times and never let anyone forget it—sent all their children to college, despite the fact that women’s selection of university programs in the late ’50s and early ’60s were largely restricted. Natasha, who had a mind and fascination for business and politics, became one of the growing numbers of women to buck tradition and graduated with dual degrees in business and political science. Given her combination of skills, education, and absolutely merciless and cutthroat practices, Preston had a promising career in politics ahead of her.

At least, until she and her candidate of choice found themselves caught up with the sorts of “businessmen” who take rather more direct action than litigation when they believe they’ve been cheated. It was then, as the life ebbed from her, that Preston met one of her employer’s other illicit patrons—a Malkavian named Constance. First as a simple pawn, then as a ghoul, and finally as a childe, Preston served her sire as a liaison to the world of modern business and politics, something she understood far better than a vampire whose Requiem began before the nights of American democracy.

Preston eventually left Constance’s service and convinced Antoine Savoy to take her on in a similar capacity. Though she was unfamiliar with New Orleans and relatively young, the French Quarter lord had lost several of his oldest allies to Katrina and was in need of new ones. Her business acumen would be all the more useful to him, too, during the reconstruction efforts and influx of out-of-town capital. The decision soon proved a worthwhile one. In the ten years since Katrina, Preston has immersed herself in all aspects of New Orleans society, learned many intricacies of local Kindred politics, and become one of Savoy’s most trusted political advisers and his primary eyes and ears in those territories that are still firmly controlled by Prince Vidal. For the most part, Preston seems to get along fairly well with her new patron, though she has berated him (or anyone who would listen) on more than one occasion about the male-dominated Kindred power structure, brought about by the fact that most Kindred leaders hail from a time when women were considered second-class citizens. It appears to be the only topic about which she is truly passionate.

As one of Antoine Savoy’s most trusted followers, Preston enjoys fairly lucrative hunting grounds in the French Quarter. She could probably finagle even better ones if she wanted to, but much of her Requiem is devoted to the administration of Savoy’s own holdings and she seems disinterested in assuming the additional responsibilities when the primary return is more blood. If she ever really needed more, it’s likely her patron would subsidize her. (That, and she doesn’t seem to particularly like much of the Quarter; most Kindred think she’d prefer to hold domain the CBD.) (Domain •••)

Victoria Wilson is the right hand of Leon Gressau, Antoine Savoy’s mortal mask, and functions as a combination business manager and personal secretary who takes care of all the day-to-day operations of Leon’s holdings. She’s also an independent businesswoman with investments in a variety of fields and absolutely cutthroat in her practices, with a reputation as a “cast-iron bitch and a half” even among Gressau’s people. Transplant from Boston who came to the city after Katrina, sensing opportunity to make a killing in the rebuilding.

Preston is Savoy’s administrative night hand and numbers among his most trusted followers. She has her fingers in almost everything at the Evergreen and it’s rare indeed that someone meets with the French Quarter lord when Preston isn’t also present. (Bourbon Sanctified Status •••)

Preston is a figure of moderate respect among the Camarilla. She’s a younger ancilla of relatively good stock who’s made something of her Requiem. If Savoy’s fortunes continue to rise, her own esteem is likely to as well. (Camarilla Status ••)

Preston isn’t part of the Invictus’ leadership like she is the Bourbon Sanctified’s, but she’s still a member in good standing of the First Estate. She paid most of her dues to the covenant back in New England. (Invictus Status ••)

Preston is one of the most (seemingly) lucid members of Clan Malkavian. While the Moon Clan’s internal hierarchy is notoriously difficult for outsiders to undderstand, Preston’s clanmates seem to think well of her. (Malkavian Status •••)


Ghouled: 2011
Status: Ghouls ••
Chief of security and personal bodyguard for Natasha Preston since 2011. Native of Opelousas, former inmate at Louisiana Correctional Institute for Women where she won the 6th season of Mega Cage, and then security staff at Zodiac Productions. Skilled bare-knuckle boxer trained in Savate, Tang Soo Do, and Jailhouse Rock.

Preston is the childe of Constance Leyburne, an Invictus elder located in Boston. Constance is the childe of William Biltmore, a Welsh elder and the former prince of Cardiff before he was deposed by Mithras during the late Victorian Era. His fate and current whereabouts are unknown. Biltmore was childe to Pollius Felix Maximus, a Gallic methuselah active in the intrigues of imperial Rome and an ardent foe to the early Lancea et Sanctum and the spread of Christianity. He has not been reliably heard from since the Middle Ages. Maximus was childe to the Plague-Bride, the lover and personal handmaiden to Malkav. Forever devoted to her sire’s memory, she spent her existence “sharing” Malkav’s madness with all humanity and numbered among the most feared members of her clan. She has also not been reliably heard from in countless years. The Plague-Bride is childe to Malkav.

It’s been conjectured that Preston may have brothers- and sisters-in-blood given the age of her sire, but she hasn’t spoken of any.

Preston has stated that she’s not Embraced and seems to have little interest in doing so. She’s also made several disparaging remarks about the burdens and tedium of raising children; she might mean undead as well as living ones. 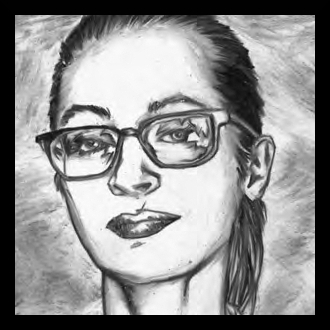