“A big rat is still a rat.”
“Privately, I have nothing but the greatest respect for Miss Opal. She asks for equality, and I do not see why it should not be so.”
George Smith
“She can be quite protective with what she considers her own—including her childer. We have at least that much in common.”
Jonathan North 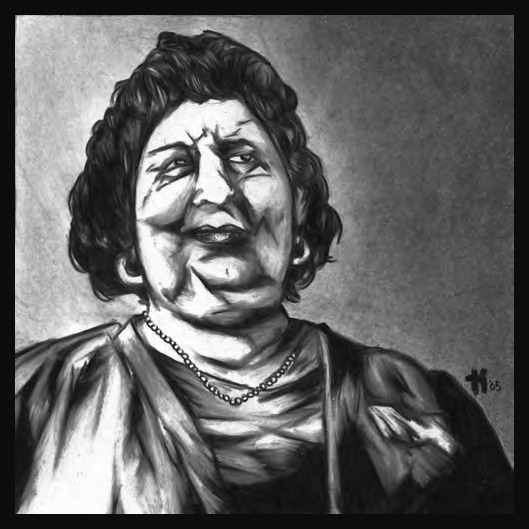 Massively obese, Miss Opal looks like a normal (if grossly overweight) dark-skinned woman until one sees her face—a sagging mass of lines and wrinkles so deep and heavy it’s a wonder she can see. She dresses primarily in loose-fitting dresses and prefers to wear a shawl. She speaks with a thick drawl, and has a tendency (which many elders find irritating in the extreme) to call people pet names like “sugar” and “honey.” Other Kindred who have seen her feed were particularly disturbed to learn that she treats her vessels with equal exuberance, often talking to them in the friendliest tones before and after the deed, regardless of whether they survive the process.

Miss Opal—she goes by no other name—is the self-appointed conscience of Prince Vidal’s court. A former slave Embraced during the 18th century, she first gained real status during Reconstruction, when she led a campaign to make sure that the Nosferatu had a place in the new order. The clan’s informal leader (but never primogen) for many years, she disappeared into torpor during the middle decades of the 20th century. Reemerging around 1978, she has spent the years since attempting to both regain her previous status and sway the direction of Prince Vidal’s political alignment. She has been amply successful at this first goal, due to the efforts of many Nosferatu who remember her from before and regard her with perversely genuine affection as the clan’s “big mama.” Vidal finds her a constant irritant, but has ultimately found it less disruptive to his reign to grant the sewer rats some appearance of acceptance in his domain.

Miss Opal is a great believer in the Anarch cause, and she constantly works from within not merely to encourage Prince Vidal and the Cabildo to act accordingly, but in hopes of convincing them that granting more power and freedom to the “common Kindred” is in their best interest. She has not had much luck. Miss Opal abhors using violence for political ends, but she has no qualms about using physical intimidation on a personal level. In fact, she has more than once expressed her displeasure at the “disgraceful” behavior of young Kindred by beating the tar out of them; the surest way to draw her not-inconsiderable ire is to insult blacks, insult women, or use the Lord’s name in vain.

In 2015, Vidal alienated Miss Opal after executing her childe Baptiste du Lac for attempting to break into Perdido House and abscond with a number of Kindred captives slated for execution. She entered into talks with Baron Cimitière. Vidal had anticipated this, and plans were underway to deal with the sewer rats’ affronted primogen, but the 2016 Battle of Mt. Carmel threw those adrift.

With the sheriff and much of the Guard de Ville slain, the prince looked weak, and his foes struck. Miss Opal and her followers attacked Coco Duquette and her Vidal-aligned Anarchs in conjunction with the Baron’s forces. The result saw the final death of Duquette, and with it, the collapse of remaining Anarch support for the prince.

Miss Opal now rules Mid-City as its sole regent and closely allied with the Baron, whose borders share hers. Both have pledged to come to the other’s defense against any territorial incursions. This pact has been enough to keep Vidal from attempting to retake Mid-City, though he expelled Miss Opal from the Cabildo in retaliation for her treachery. The Nosferatu matriarch seemingly minds little; her Anarch clanmates even continue to refer to her as primogen, for she will always be such in their minds. Mid-City is now a bastion of African-American Kindred culture, increasingly influenced by the Vodouisant faith of its eastern neighbor, and Miss Opal is very interested to see what the future has in store for this Anarch-Crone alliance.

Miss Opal is childe to Virginia de Palencia, the mysterious progenitor of more than a dozen of New Orleans’ Nosferatu. Virginia presumably perished during Katrina, though her final death, like her Requiem, remains shrouded in rumors. Far more is known about her sire, Alonso Cristo Petrodon de Seville, a Sevillian count who served as an archon under Justicar Catillo and then as a five-term justicar himself before his final death in 1997, presumably at the hands of the Anarchs he had long persecuted. Petrodon was childe to Cristo, a methuselah of whom little is known. Unsubstantiated lore holds that he was one of the early converts to Christianity and the Lancea et Sanctum during the nights of Rome, and who allegedly converted the famed Michael of Constantinople. Cristo’s lineage is unverified, but he presumed to be the childe of the Matriarch, an even more obscure methuselah also known as Gorgon and Medusa, who may or may not have been the same figure as Baba Yaga. Regardless of her true identity, she is believed to have escaped the blood bond of her infamous sire, Absimiliard. The feared Antediluvian founder of Clan Nosferatu is in turn claimed to be childe to Zillah, third childe and wife of Caine. 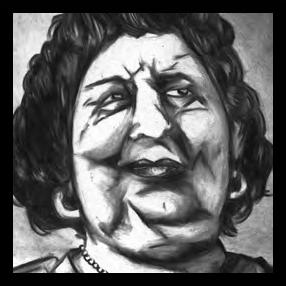