“I wasn’t sure, at first, why I stayed. There’s no adoration, no benefit, not even the fun of manipulating her. She’s a wretched, destroyed, corrupted thing. But that’s why I like her better now. She knows. She knows this world is terrible, and will take everything from anybody who doesn’t see it coming.”
“There’s so little good in the world.”
“But maybe the people who know don’t have to be so awful to each other.”
—Emmett “Em” Delacroix

f0xx[DR], real name Miranda Lewis, does not make friends through her looks—or many friends period. She’s overweight. There are gaps in her teeth. She has greasy skin. She never uses makeup and showers every 1.5 days on average—sometimes she bothers to and sometimes she doesn’t. She forgoes soap, shampoo, and all hygiene products except deodorant due to the presence of “toxins” in the ingredients. (The deodorant she uses is homemade from baking soda, essential oils, flour, and unrefined butter.) She is paraplegic, having lost the use of her legs from a coma in high school, and moves around in a wheelchair. She usually dresses in t-shirts and sweatpants, though when she’s “dressing up” she’ll put on jeans. She loves eating and is rarely found without a bag of snacks in hand—always 100% organic fresh and GMO-free.

For four years, f0xx[DR] (real name Miranda Lewis) has bunkered up in her own private domain in Josephine Louise House. There are only three rules with Tulane University’s resident but little-known gray-hatted IT genius.

First, cash doesn’t cut it. While you will pay her for her valuable time away from her more worthwhile pursuits, she’s “not your IT whore.” If the project isn’t interesting to her, you can “fuck right the hell off,” and even then you’ll be providing a service. Second, she gets to it when she feels like it. Try hassling her and she’ll flag you with so much malware and spam you won’t ever have a web presence again. Finally, no visits before 2 PM.

In truth, even laying aside her bizarre brand of tech savviness and her haughty demands, Miranda is an eccentric girl. She spouts conspiracy theories like they’re facts (including about GMOs, claiming to eat only organic—though she remains quite overweight), shows no interest in friendships, and rarely attends class. How she’s made it through three years at Tulane and managed to stay in the dorms for so long is a matter of some speculation among her dorm-mates. They would tell you she rarely even leaves her dorm room: a black hole on the floor that nothing sentient enters and little else leaves (including light).

Mouse attempted to speak with Miranda at Josephine Louise House, but was arrested by Tulane PD for his suspicious appearance before he could do so.

Milo Glass associated with f0xx as a fellow member of the hacktivist group Mirror_Mirror. Although f0xx virtually never speaks of her family and personal life to the dorm’s residents (who, if asked, would probably say she was born from coagulated cheetoh dust that obtained sentience after being left to ferment for so long), she has a younger sister she describes as “a loser” and a mother who was recently sexually assaulted, causing her sister significant distress. Milo discovered this fact while talking with f0xx’s sister on a chat room and accidentally seeming to make light of their mother’s sexual assault through an out-of-context message accidentally delivered a second after the one posted by f0xx’s sister. Miranda Lewis declared her intention during a group Mirror_Mirror chat to pursue vengeance upon the troll who’d upset her sibling. Milo remained conspicuously silent as to the fact that troll was him.

Milo also alternately bantered, argued with, and insulted f0xx while attempting to marshal the hacktivist group’s efforts against Jackson Kibbe for helping ruin the life of Hillary Cherry, the daughter of defeated Senate candidate Noelle Cherry, by leaking the medical records of her abortion during the campaign’s final days. f0xx claimed that Milo’s efforts were misplaced, because the leaking of those records, Hillary’s attempted suicide, and even her impregnation and subsequent abortion were all orchestrated by her own mother as part of a long-shot political gambit to (somehow) get the younger Cherry elected as governor twenty years from now.

In 2007, f0xx had a crush on Emmett Delacroix that he happily exploited to get her to translate some pictures he’d snapped of a French-written diary in Cécilia Devillers’ bedroom. Miranda eagerly did so for affections the other teenager never returned. Emmett was greatly pleased by f0xx’s translating work and believed it contained the secret weakness of Abélia Devillers.

Emmett later discovered that Miranda inexplicably fell into a coma. When she awoke, she had lost the use of her legs and was a changed girl, full of hatred, anger, bitterness, and paranoia, spouting outlandish conspiracy theories about “poison” in her food and the fluoride in tap water controlling her mind. Em blamed Abélia but felt guilt for his role in events and took to spending a great deal of time with Miranda. She understood, like he did, what a terrible place the world really was. They cracked jokes together about the idiots who didn’t realize that.

He eventually came to realize she was perhaps his only friend. 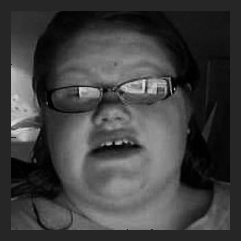