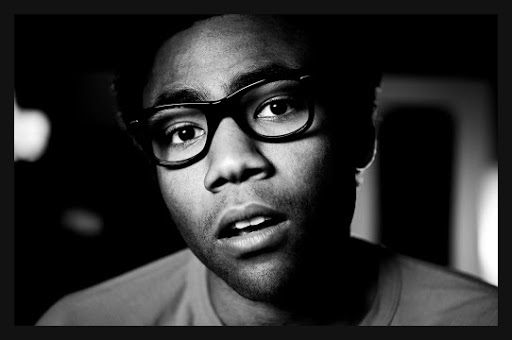 He got a haircut a month ago, and it’s grown back shaggier than before. The pallor of his skin and the boniness of his hands hints at anemia, but in a bulky hoodie, he looks almost normal. If he speaks, it’s a whisper; he does not care if he’s heard.

He doesn’t meet your eyes. He looks at your forehead. Really, it’s better to ignore people like him.

God knows what goes on in their heads.

But humans crave intimacy. The squeezing of a hand. A whisper’s promise. The warmth of a shared bed—every time two people fall asleep in each other’s arms, they trust the other won’t cut their throat when they drift off. They won’t steal. Cheat. How can people do that? His heart hammers at the thought. His throat constricts. We overheat without it. You can’t find it online, or through a webcam. Intimacy. It has to be earned, found, gifted.

• What is the worst thing Milo can imagine himself doing? Blackmailing somebody relatively innocent with stolen information. He prefers to do his work through observation. With enough information, you can do just about anything. Most of his hacks never realize he owns them, until it’s too late. But there’s always the other way of getting things done. A cryptic email, filled with all your dirty laundry in one tidy file—almost everybody has something they’ll roll over to keep hidden. He’s not a terrorist. But Christ, sometimes it would make things go faster.

• What is the worst thing Milo can imagine someone else doing? Exploiting ignorance to prey on the helpless.
He’s met a lot of people, in Oz. There’s a lot of ways people like him can make money. Most of them aren’t very nice. A favorite is information theft. People think that their passwords and screens protect them. Only one thing protects them, and that’s that nobody wants in.

It’s easy to rip off just about anything if you put in the time, and sell it off to somebody with a bit less patience and much less scruples. Easy money. If knowledge is power, ignorance is weakness, and most of the developed world is ignorant of just how dangerous their toys are. Power shouldn’t be used that way. Not on the weak.

• What has Milo forgotten? His brother’s disappearance (BP is Not being able to trust his memory; slipping into a fugue). Malcolm—Mal— liked to say he was older, but it was only by a few seconds. They looked the same, but they were so different. Mal wasn’t scared of everything. Mal wasn’t scared of people. People weren’t scared of Mal. Milo liked to take things apart and put them back together. He liked math, for Christ’s sake. Mal liked reading. Milo and Mal were best friends. It made no sense, but the best things never do. Milo barely talked, except to his brother. He’d do anything for Mal, even pretend to like Wizard of Oz so Mom would read it at bedtime.

They were eight when it happened. Mal wanted to get crepes. There was a food truck, a few blocks away. They lived in Bywater, then. Milo remembers leaving with him. And nothing else, until the police found him twelve hours later, hiding in a porta-potty, bawling his eyes out. He had shit his pants, apparently too distraught to actually use the toilet. Nobody ever saw Mal again.

It wasn’t his fault. It couldn’t be.

• What is the most traumatic thing that has ever happened to Milo? Police interrogation. They held him for three hours before they let him see Mom and Dad. He doesn’t remember the faces, but he remembers their eyes, terrible as their guns, and their voices, angrier than bullets. Where was Mal? Where did they go? What wasn’t he telling them? Where was Mal? Did he even want to see his brother again? Where was Mal? Why didn’t he call for help? Where was Mal? He couldn’t answer. He could just cry, and cry, but then he couldn’t even do that, he couldn’t even breathe, and the detectives started screaming and that was the first time he had a panic attack. He still gets twitchy around NOPD.

• Martin Glass: Milo’s father. Phillip Glass was a prominent fire marshal in his day, but Alzheimer’s has steadily forced him first from his job, and increasingly from his son, who finds it painful to talk to him.

• Jasmine Hailey: Milo’s mother and successful radio host (see entry on the Living). Causes Milo some despair when she cites her divorce from his father as one of the best decisions she ever made on-air.

• Toto: Milo’s roommate and only confidante. Expects Milo to both earn and provide the bread, which he does without complaint. Seems to know his way around the city but prefers to sleep in his armchair. Privately pities Milo and thinks him simple, but for the most part keeps this to himself. Rarely speaks. Tabby.

• Ezekiel (“Zeke”) Rosenthal: A halfhearted member of New Orleans’ relatively large Jewish Reform population, to the more than slight consternation of his religious parents. It was clear from an early age that Ezekiel had a far more devout interest in the D.C. Universe and the works of Alan Moore than in Tanakh and the writings of the Sages. His interest in all things irrelevant to real life, as well as a powerful optimism of the worst kind, probably would have made him a pariah in middle school even without his acne. Milo became his friend by accident, in that they happened to be exiled to the same corner of the cafeteria, and in that Milo happened to be one of the few people who believed that a conversation was really all listening to the other person, especially when that person seems to be able to talk enough for the rest of the empty seats at their table. Zeke’s filled out, if not nicely, then decently, his acne vanishing into freckles and his baby fat becoming… less babyish. Works at the Times-Picayune as a cartoonist to pay the bills, though his real ambition is to publish the graphic novel he’s spent the last five years working on. Despite his oft-repeated childhood vows, he did end up somehow marrying a nice Jewish girl. Or at least, as Milo emphasizes, become engaged to one.

• Emily Mandel: Emily is not a New Orleans native, but supposedly hails from Baltimore, Maryland. Or, as Milo suspects: Fort Meade. A (seemingly) archetypical nice Jewish girl in her early twenties, “Emily” got her Bachelor’s in Political Science at Tulane and apparently decided to stay for the “culture”(?!?!). She started seduc—dating Zeke about eighteen months ago, allegedly because of his “adorable quirkiness.” She currently interns at city hall, supposedly as part of her longtime quest to work in politics. Notably more religious than her fiancée, which his parents approve of. Milo knows it’s paranoid, even for him, to suspect his friend’s lover of being a government plant. That said, it’s only paranoia if he doesn’t end up doing life in federal prison. Milo’s not taking chances.

• Mrs. Quách (“Mrs. Quack”): The landlady of the Mid-City apartment complex Milo calls home. Second-generation Vietnamese immigrant who’s never seen the country her parents fled, although you wouldn’t know it to hear her accent (a peculiar abomination of Cajun drawl and Vietnamese peasant dialect, the end result providing the inspiration for her nickname). She has a predilection for tenants who rarely interact with her, and once evicted a a newly moved-in family because they “said hello too much.” Milo’s persistent ability to blend in with the wallpaper and his willingness to keep the building’s wifi running both went a long way towards getting him the apartment. Though only forty, a few extra gray hairs, a slight stoop, and a sharply antisocial attitude make her seem twenty years older. 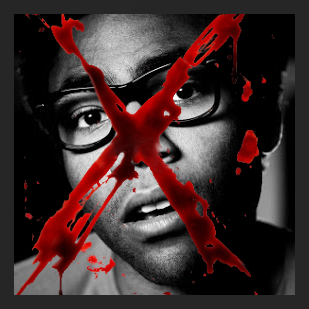