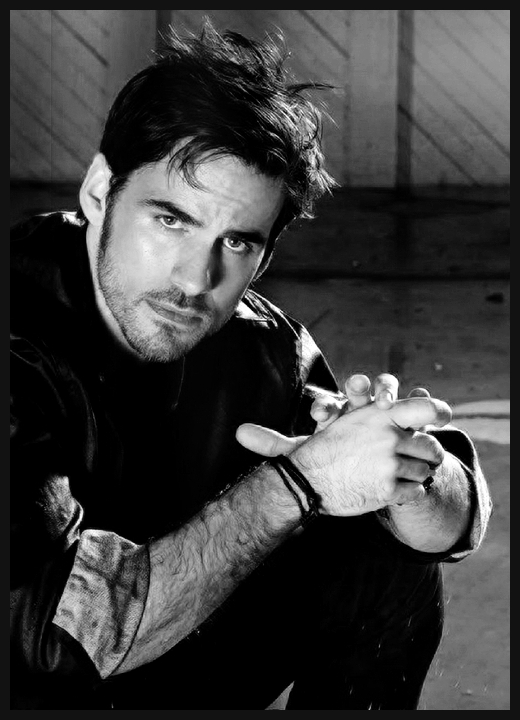 Micheal is lean, dark-haired and pale-skinned with something just past a five o’clock shadow. Even when smiling, his blue eyes don’t lose any of their hardness. His usual attire consists of a gray button v-neck and a worn pair of blue jeans. Working in his bar, he can be found wearing a white dress shirt, black dress pants and a faded gray flat cap. At all times he wears a faded dog tag around his neck.

Micheal arrived on the scene in 1904 as the newly-Embraced childe of Coco Duquette. There he quietly spent the next several years under her instruction until he was released. His release was memorable to the Kindred present due to his social gaffes around Prince Vidal (something he likely only survived thanks to his sire’s influence) and stoicism during his subsequent punishment. During the Prohibition era he worked with Coco and Veronica Alsten-Pirrie to run a speakeasy/Elysium in the city. Once Prohibition ended and the Depression began the speakeasy became a legal bar which endured only thanks to its Elysium status, although that was removed near the end of the decade. In 1941 Micheal disappeared only to return at the end of World War II. It’s common knowledge that he spent those missing years over in Europe, although he refuses to talk about what exactly he was doing over there. During the failed Anarch uprising and Carnival Coup in the ‘60s, Micheal took an uninvolved stance that made him a supporter of Vidal’s more or less by default. This would be the first crack in the eventual destruction of his hard-earned reputation as a tough guy.

For decades, Micheal operated a bar located in Mid-City called Danny’s. Following a fateful visit to the Boggs clan in 2015, Bobbi Jo Boggs and the White Reich Outlaw Motor Club burned down Danny’s in an act of petty… revenge would not be apt, as Micheal never inflicted any kind of loss upon them. Indeed, Bobbi Jo’s subsequent release of humiliating photographs depicted the Brujah biker being gang-raped by her entire gang. Whatever transpired in Slidell had not gone well for him.

As damaging as this victimization was to Micheal’s reputation among the Anarchs, it might have been possible to recover from with swift and brutal retaliation. Instead, Micheal took no apparent action against Bobbi Jo and her mortal followers whatsoever. Overnight, the once-respected Brujah established a new reputation as a laughingstock, pushover, and paper tiger. Many Kindred openly questioned whether he’d made up those stories about fighting in World War II.

Bereft of home and haven with Danny’s destroyed, Micheal fell in with his former lover Veronica Alsten-Pirrie. The sadistic harpy proved a poor port in a storm. She swiftly turned Micheal into her “bitch” and tormented and humiliated him for her own (and her other lovers’) amusement. It became common to see Micheal led about on a collar and leash in Elysium, crawling after Veronica on his hands and knees. He was almost invariably kept gagged, for in Veronica’s words, “He says nothing worth listening to.” His ex-lover repeatedly castrated him and removed his fangs. She was rumored to have enlisted a night doctor’s services to make his emasculation (as both a man and a vampire) permanent. She forced him serve as a vessel for other Kindred and as a “fuck toy” and “cum dumpster” for lustful ghouls. One can only guess how many further torments and indignities Micheal suffered behind closed doors. The masked city was baffled why he submitted to such treatment. It was widely presumed that Veronica had blood bound him or otherwise enthralled his mind… or then again, maybe he really was that much of a bitch.

Veronica finally got bored of Micheal and lost him to Natasha Preston in a wager during late March 2016—like one would wager a ghoul or other piece of property. The emasculated Brujah was not seen again, and the Battle of the Arts District occurred mere nights later. The talk in Elysium says that Preston threw Micheal into the battle as little more than cannon fodder, where the once-feared ancilla met an ignoble final death. His loss was noted by few and mourned by none.

Micheal is childe to Coco Duquette, Clan Brujah’s primogen in New Orleans, the co-regent of Mid-City, and the closest thing the Anarchs have to a leader. Embraced during the French Revolution, she believes that change is best effected by working peacefully within the system and is a long-time ally of Prince Vidal’s. She has won a number of gains for the Anarchs over the years, though her influence has taken a hit since the Trial of John Harley Matheson. She met final death during the 2016 Battle of Mid-City.

Coco is childe to William Starkweather. A former common law magistrate who served on the Star Chamber Chamber during the early Tudor era, William never fully abandoned his role as the judge who broke the power of England’s landed gentry. By the Enlightenment he came to see himself as a judge of mortal society itself. He toured continental Europe, deciding which nations had remained true to the time’s ideals and which were wanting, and freely Embraced childer whom he felt could best use immortality to effect productive change. Revolutionary France was his last great journey beyond his homeland and Coco the last of his progeny (as well as one of the most successful). He resettled in London during the Napoleonic Wars and has remained there since.

Starkweather is childe to Eleanor de Valois. A scion of the royal House of Valois, Eleanor was renowned for her cool judgment (for a Brujah) and ability to see all sides of a conflict. She excelled at the same scholarly pursuits her sire did, but unlike the notoriously contentious elder Brujah, Eleanor became known as a peacemaker and settler of disputes. Her reputation won her the honor of being the facilitator and chief spokeswoman of the Convention of Thorns and it was her efforts that were responsible for much of its calm. She served several on and off terms as justicar for her clan in later centuries and now sits on the primogen of Paris.

Eleanor is childe to Adana de Sforza. One of the seven Founders of the Camarilla, Adana de Sforza was born to the Attendolos family of rural nobility who would eventually found the House of Sforza. Nicknamed the “gadfly of the Camarilla” for her penchant serving as a devil’s advocate, Adana was a firm believer in the necessity of creative conflict. Rare was the night that she did not adopt an opposing stance to her fellow Founders’ positions. Throughout the Convention of Thorns, she spoke out at odd moments, sometimes disrupting almost-agreed upon solutions in order to challenge her fellow Cainites’ perceptions and beliefs. Little has been seen of her since the 18th century. She is believed to have been destroyed or entered torpor at the Sabbat’s hands.

Adana was childe to Losario, an obscure methuselah of whom little is known. He seems to have been active in the Italian peninsula at some point, given his childe’s mortal origin. He is presumed to have been destroyed or entered torpor long ago.

Losario is childe to Troile. Clan Brujah holds their founder lies trapped beneath the salted earth of Carthage, though the Ventrue insist they destroyed Troile during the Third Punic War.

There are a number of relatives not included among this genealogy whom Micheal has neglected to track, including non-blood relatives who have married into the family (that is, the spouses of his sister’s descendants), the descendants of his siblings other than Bree, and descendants of Bree’s who simply failed to engage his interest. Micheal has buried enough kin over enough years that he does not attempt to keep track of more than several at a time. 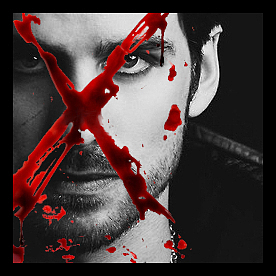