Bluenosed etiquette coach divorced from her past 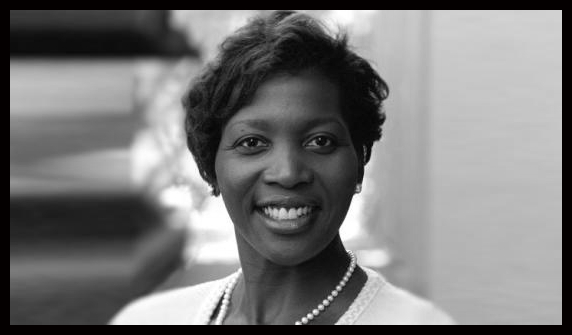 Lucille Jonas is a middle-aged woman with dark skin and naturally kinky hair (rarely seen by anyone) that she keeps pressed meticulously straight through regular chemical treatments, hot combs, and whatever measures it takes so as not to impede her professional image. She keeps her hair professionally short, her eyebrows thin, and enjoys wearing pearl earrings and necklaces in tandem. Understated but elegant. She usually wears austere skirtsuits and blouses to work, but has a preference for leopard print in more casual settings.

Lucille Jonas is a senior etiquette instructor at Clemonte Etiquette, a Los Angeles-based etiquette consultation company, and has worked hard to get where she is—the fact of which she never lets her three children forget. Lucille was born to poverty in New Orleans and worked a minimum-wage job as a secretary for NOPD before meeting her husband Earl Kane, a police detective who was killed in a 1992 gang shooting. She met a lawyer named Paul Jonas shortly later and moved to Los Angeles with him and her son Emil, only too glad to get away from the violent, crime-ridden city and start a new life.

California provided that hoped-for fresh start. Lucille happily earned a college degree, embarked on a professional career, and converted to Reform Judaism, her second husband’s faith. Paul’s salary as a law partner is quite lucrative and the Jonases live in style and comfort. Lucille couldn’t be happier to be further away from her roots. She finds plenty to criticize in her now-three children’s mannerisms and speech patterns: Emil’s in particular have always been very strange, no matter how often or in how much detail she tells him what things he needs to fix. Still, she can overlook moderate flaws in her children so long as they all go to college and make something of themselves. She approves that Emil and Ben are pursuing lucrative STEM major careers, but Justin’s fixation with boats and lack of interest in higher education is greatly concerning to her.

Lucille has had no contact with her birth relatives and has absolutely no desire to revisit her past or have anything to do with New Orleans ever again. She is quite proud to have “made something of myself” and to leave the past behind—hers and Emil’s. After she learned he got his high school girlfriend pregnant, she almost fainted. She then reached a financial settlement with the Hall family before working with Paul to legally terminate all of her son’s parental and visitation rights, including removing his name from the child’s birth certificate. Lucille generally prefers to imagine that her granddaughter does not exist, though she will be happy to become a grandmother—in the proper time and place.

In her spare time, Lucille enjoys shopping, interior decorating, gallery viewing, and wine and cheese tasting. She dislikes hip-hop, soul food, and traditional African-American hairstyles. She tolerates her husband’s Confederate flag as long as it’s where guests can’t see. She’s long wanted to head her own etiquette consultation company and has been making plans for years to get one off the ground: everything needs to go exactly perfectly once she does, and it’s probably only another year or two away.