Disgraced cosmetologist hungry for a comeback

“Glam culture is ultimately rooted in obsession, and those of us who are truly devoted and loyal to the lifestyle of glamour are masters of its history. Or, to put it more elegantly, we are librarians.”
Lady Gaga
“I think that the most important thing a woman can have
next to talent, of course
is her hairdresser.”
Joan Crawford 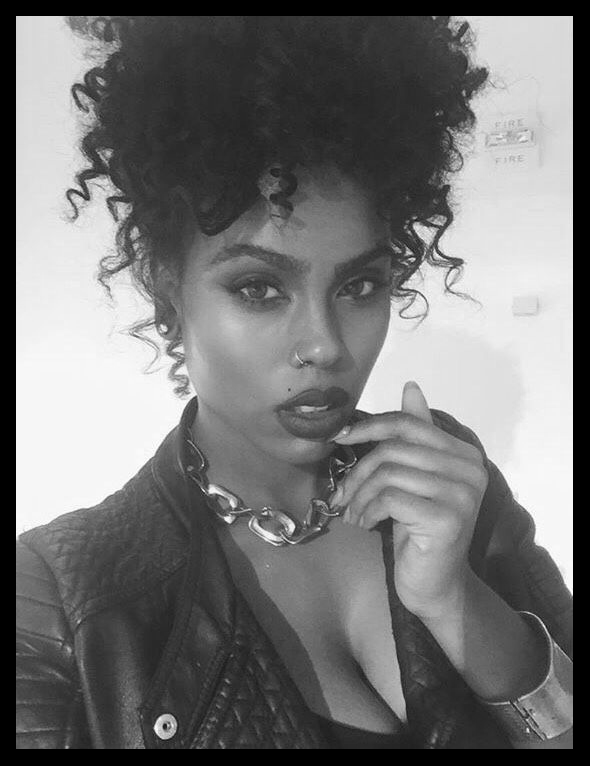 The first thing noticed about her is her hair. It’s big, it’s poofy, it’s curly. It’s piled on top of her head in a messy up-do with stray tendrils shooting out this way and that, some of them framing her face and some bouncing with every step that she takes. They’re wild curls, untamed by heat or spray or wax; they’re not the kind of curls that are ashamed of what they are, and she’s not the kind of woman that seems ashamed of them. Brown eyes peer out from underneath thick brows with a high arch, expertly applied pomade filling them in further with tiny little hair-strokes that are impossible to distinguish from the real thing. Winged linger, gold shadow, three coats of mascara, taupe in the waterline: it all serves to make her eyes look that much bigger. She’s got a wide mouth made for smiling and laughing, and her lips are lined the same color as the stain she wears across them, with a tiny little beauty mark over one side and a gold hoop in her nose. It’s the only ”non-professional” piece that she allows herself, and the rest of her is so dressed down that most people don’t even seem to notice it. She’s a looker for sure, with dewy skin, highlight and contour perfectly blended out, and a body that speaks of care and discipline. A gold necklace rests at her throat, a golden cuff on her left wrist, nails polished in a hue that’s somewhere between orange and tan. Professional colors for a professional woman, like the black slacks and black blouse that she wears.

Louise was born in Nevada, just outside of Vegas. The city of sin isn’t really built for kids, so while she was growing up she had to find ways to occupy herself. Both of her parents worked at the casinos on the strip, her father as a poker dealer and her mother as a show girl, and their odd hours meant that Louise and her siblings were left alone most of the time. The income was enough to afford clothes and food and the occasional family vacation, but Louise still wasn’t satisfied. Not because of money; oh no, it was because of style. Louise looked all around her and saw the dry, boring, tan colors of the desert. She saw the birds that didn’t have a pop of vibrancy to their name because they had to camouflage themselves. She saw the casino employees trudging into work each day and night in the same uniform as everyone else. And she saw the guests. The guests who came from all over the world to play at the casinos on the strip. The guests with their big coats and their big glasses and their big hair, their pinks and blues and yellows called a hundred different shades. She used to watch her mother get ready for work with big, bold makeup and hair rollers and enough hairspray that it might be dangerous to light a match in the next room, and she wanted that: the glitz, the glamour, the vibrancy. Not for herself, but the ability to turn other people into something that they’re not. The ability to turn a middle-aged woman with four kids and sagging jowls into the lead dancer on the stage with none the wiser. She watched women walk into the salon and come out as different people. Heard men speak into their phones in one tone while wearing a business suit, then remove the tie and become a husband, a father, a lover.

Appearance is power, she realized, and she wanted to learn how to sculpt with the best of them. She started early. By age nine she was cutting her little sister’s hair with a pair of safety scissors and giving the neighborhood boys buzz cuts for $5 a pop. By twelve she was a prodigy with a makeup brush and could do her mom’s full face in twenty minutes. At seventeen she graduated high school early and immediately enrolled in the nearest cosmetology school, Saul Brickell Academy. She had finally found her people. She finished her 1600 hours, plus the additional 200 hours for the manager’s course, then went back to take the braiding, extensions, and professional makeup courses for an additional 1000 hours. By the time she was done with school she could do it all and do it well. She was a magician with her scissors and brushes.

She landed a job at The Bellagio’s in house salon and started doing haircuts for $90 a pop, twice as much as the nearest salon charged. The clients were steady, the tips were generous, and the job was everything she’d ever wanted.

From Sin City to Hollywood

Louise met a man in her early twenties while she was at the casino on her lunch break. The pair hit it off over burgers and milkshakes, and he seemed as taken with her as she was with him. She learned that he was a semi-pro poker player and was in town for the World Series of Poker, and he asked if she’d like to ”grab a drink and shoot some dice” later. She met up with him at the craps table after her shift and he treated her like a lucky charm, letting her blow on the dice and place his bets. They won big and celebrated with a bottle of champagne back in his hotel room, where the pair sealed the deal. After that she couldn’t get enough of him. They continued their romance until he was knocked from the tournament three days before the end and had one last wild night to commemorate. He took her number and said he’d call. Louise knew it was a long shot.

A few months later that same player sent her a message and asked if she was ”up for some fun” the following week. He was back in town for another tournament. Surprised but pleased, Louise was happy to see him again. They kept things casual over the next year, neither one of them willing to take the plunge into something more serious that involved labels or moving dates.

Unfortunately, her new beau never told her about the wife and kids that he had at home, or the two other women that he was seeing on the side. Louise wasn’t too bent out of shape about it—she hadn’t really expected a part time fling to last forever—but the wife was none too pleased to find out that her husband had been cheating with a cosmetologist, a pit boss, and a bartender. She went after the bartender first, getting the girl fired from her job at Caesar’s, but the girl was able to find something else just as quickly. When she pushed against the pit boss the pit boss pushed back, and nothing was done about the affair on that end. But there was still one girl that his wife could go after, and she set Louise in her sights with all the fury of a woman scorned.

She made phone calls. She wrote letters. She left reviews. She called the salon, the casino, and finally the state board. She made wild accusations about Louise sleeping with her clients, said that she was stealing tips, that she had damaged her hair, burned her scalp with bleach, anything and everything she could to cause hell. Eventually, the state board folded, and even without proof Louise was stripped of her license. She couldn’t work in the industry that she’d been dreaming of since she was a little kid.

Frustrated but not defeated, Louise set out for Los Angeles. She knew that the cos board in California was a little more lax than the rest of the country, and if she couldn’t work on show girls in Vegas then she’d work on movie sets in Hollywood. But without a license no one wanted to hire her, and she couldn’t transfer a license she didn’t have. Desperate, she even applied for a local cos program, thinking that she could do school all over again if it got her what she wanted, and was denied by admissions office after admissions office. Her name in the yellow book of disgraced salon workers meant that she would never again work in the industry. She briefly considered moving to New York to take up with a theater company but knew that she would find the same sort of treatment there.

Finally, Louise settled for a job at a Pangloss counter. It wasn’t the glamour she wanted, and she often said that if she had to do another bratty teen’s prom makeup she might shoot herself, but at least it was something.

The cosmetic counter flourished once Louise began employment. Sales skyrocketed. She became the lead seller at the Pangloss counter, then the entire department store, then the entire company. She earned the highest commission and was able to talk everyone and their mother into letting her do their face for an event or try a new product. When Pangloss announced that they were opening a new boutique in New Orleans they asked Louise if she’d like to oversee the operations. She had nothing tying her to LA and readily agreed.

At the Grand Opening in 2010, Louise met Celia Flores and her mother, Diana. Celia admitted to Louise that she had just opened a spa and was looking for new talent, and she liked the way that Louise worked a brush. The girls hit it off and Celia offered to bring Louise in for an interview, only to find out that the Vegas-native had been stripped of her license. She wasn’t able to hire Louise as a cosmetologist, but the pair did keep up a working professional relationship while Celia worked at the legal knot.

In 2015 she reached out to Louise with a job offer: spa management. She couldn’t work hands on with clients, but it would allow her to get back into the industry that she loved. Louise was happy to say goodbye to Pangloss and begin her career at Flawless. 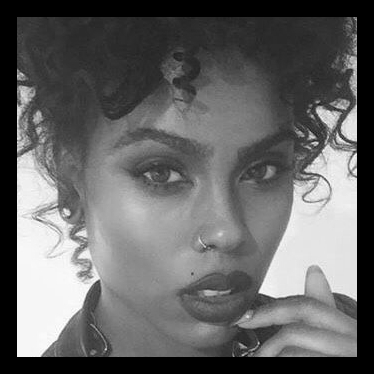