“It was written that I should be loyal to the nightmare of my choice.”
Joseph Conrad, Heart of Darkness 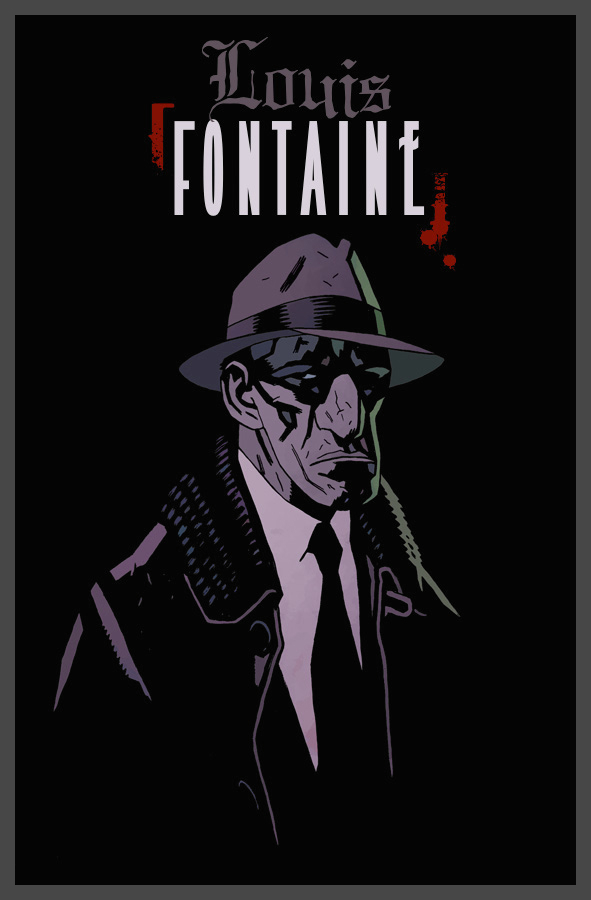 The alley sheds a man. He wears trouble. Trench coat, long and dark. Tie, slim and darker. Shirt, white with forgotten stains: blood, gumbo, guilt. Sensible shoes, the kind of shoes you wear to stalk devils. Felt hat, gray and banded, casting shadows. A man, obscured. He carries a silver thermos, like a bullet. It holds coffee and booze. Usually in that order. A gator-skinned briefcase hangs from his other hand, or where it should be. In its place, a prosthetic hook gleams. Sharply. A sewer vent rustles the man’s coat, momentarily exposing a pair of well-oiled revolvers. They sleep in a single shoulder holster. Lightly.

Beneath his gumshoe armor, a once-muscular man lurks. His frame is held together by gristle and grit. His shoulders, slack with the weight of sleepless nights and cases gone cold. Swollen joints crack and groan, badges of hard-won gutter brawls and lonely stakeouts. Scarred knuckles, meat-slab hands. His skin, riddled with scars, rat out old injuries like bad alibis. A history of hurt. His face, grim. Unlovely. Unloving. Atavistic brow. Thick-slabbed nose, mangled from kissing too many fists, crowbars, and brick walls. Iron-brush hair. Jutting underbite. Lantern jaw. Limp cigarette dangling from pale lips. A countenance of low cunning and stubborn pursuit. His eyes, deep-sunk. Heavy-lidded. The hue of old bourbon, a watery brown that runs to black and drinks in everything they see. Lies. Lusts. The glint of truth in the flood of grime.

Name: Louis Fontaine, though it’s probably not his real one.
Aliases: Many, shed through like old snakeskins over the years.
Gender: Male
Race: Caucasian
Nationality: American
Ethnicity: Unknown. In his fouler moods, he’s been known to swear “Me cago en la leche!” in Spanish.
Date of Birth: When dirt was young, if you ask him.
Date of Ghouling: If you ask Caroline Malveaux-Devillers, which someone once did, she described him as, “Probably the oldest independent ghoul in city—if not one of the oldest on the continent.”
Apparent Age: Late–but very hard–50s
Real Age: In his words, “I’m not getting old. I’ve been old. A long time too. Too long."
Height: A little past six feet, if he stood up straight. He doesn’t.
Weight: Less than he should, but his old gristle and booze diet keep him a few pounds short of anorexic.
Eye Color: Bourbon
Hair Color: Dishwater grey
Complexion: Vitamin-deficient, pre-cancerous, and half-dead
Education: Multiple doctorates and postdoctoral fellowships from the school of hard knocks, if his face is any indication.
Occupation: Private detective. For how long? Long enough the fedora doesn’t look like an anachronism. He’s also worked as a police officer. For how long? Long enough that he looks like the sort of dusty relic who’s been at any department since time out of mind.
Religion: He believes in God. He hopes God believes in him. He prays to the saints and loa. Sometimes they answer his prayers. By most definitions, that makes him a Catholic and a Vodouisant. Belief in both faiths is a relic of an earlier time in today’s New Orleans. Then again, so is he.

“Envy thou not the devil,
And choose none of his ways.”
Proverbs 3:31

I sucked the life from sweet lady marlboro in a long, slow drag. She joined her sisters in the overcrowded ashtray. Turning to my true mistress, I looked straight down the business end of a double bourbon, the cloudy piss-pour kind you find in the low-lit bars of the Big Easy. I slammed back another dose of the dusky poison, then watched as the dark fluid swirled like the sleepless turning of my mind. Carlito not turning up at the deal, old man Leblanc nowhere to be seen, the pink Bonneville with sixty pounds of nose-candy in its trunk, and the DA’s kid shot by his own gun not three days off earning his badge.

I turned my attention back to the drink. Tonight, like so many nights, that small cylinder of liquid brown was the only thing that made sense any more. I kissed the tumbler, gently but hungrily.

When our torrid affair had began, her glass lips had been moist and warm, but as with all lovers, time and familiarity had turned her barren and dry. Empty. Used up. Bitterly, I stared into the lowball’s dregs, reproach hanging from my face like Spanish moss. The hollow glass stared back, equally unimpressed and scornful. Accusingly.

Yet in the bourbon’s shadow, something remained. A ghost. The phantom of a memory—or the memory of a phantom. Some nights, you can’t tell them apart. The ghost lurked at the bottom of the glass, another member of the disquiet dead. In the City, the dead are divided from the not-yet-dead by a razor-thin line—a line that can only be crossed once, and only in one direction. But there are exceptions. There are always exceptions.

In the City, there are two kinds of psychopomps: the devils and the detectives. The devil has it easy. He seizes the not-yet-dead and removes the ‘not’. His sorcery is subtraction. Powerful, but crude. Common. Cheap. The detective’s magic is far trickier, his computations more complex. His arts require he first undo the devil’s magic, however briefly, to smuggle the dead back to the world of the not-yet dead and hold palaver. Once done, the detective must carry the dead back to where they belong and perform the proper rituals to ensure they remain there. Sometimes, his invocations succeed. Sometimes, they fail. Some dead refuse to speak. Some dead refuse to rest.

As if on cue, the ghost at the bottom of my glass stirs. Her image swims into my view, painted in the bar’s garish neon and dark whiskey stains. She reveals herself slowly. Not timidly, but with salacious volition. She wants to savor her haunting. Her natural habitat, when not lurking in my glass, is a dark alley, flooded with dark rain. She’s a young ghost—no corruption has set in, not yet. Her skin is perfect, two and a half shades paler than in life. Her hair fans out around her head, floating in the rainwater like a Pontchartrain mermaid. She wears something that shows her thighs, her breasts: spangled silk, steamed hose. The fabric folds suggestively, not quite showing her nude, but nearly there. Her lips are crimson, her heels are midnight.

She is waiting for the detective. For me. She’s already met the devil. She lays like a lover for the detective to use, her legs open, her mouth open, her eyes open, her wounds open, everything about her open, inviting the gaze of the detective, my gaze, the death enthusiast. If it had not been me, it would have been another detective. But it is me. She is mine. Just like the others, and I am theirs. We detectives are libertines—we have eyes for all of them. But tonight, as I look down as the rain sluices off the brim of my hat and her blood runs into the gutters, this one bleeds for me, so that I will know her. So that someone will know her.

A woman has two lovers in her life: her murderer, and her avenger. First she lies down beneath the devil as he cuts her, blood trickles beautifully, delicately from her mouth, cinematically, as though anyone but the devil could see how perfect the trickle truly is. It is all for him. He is careful not to rip her clothes; he is courteous to the detective, who will come after. He does not want to spoil the scene for him.

All detectives ever do is summon devils. Out of the night, out of blood ritual. Logic is a lie. Deduction is a fell rite.

I went out into the rain and drew a circle in the earth with blood. I put her dress in one quadrant, a bottle of her perfume in another, her dress in a third, and her lipstick in the last. I waited. I wasn’t surprised when the devil came around the corner, sniffing like a bloodhound.

The devil wears black. He skulks—that is his primary means of locomotion. His face is broad and craggy, his eyes dark. Everything about him is closed: his lips, his heart, his coat. He is not quiet when he hunts the dead girl-already dead, from the moment he saw her. He killed her with looking, with wanting. All that’s left is denouement. She whispered the devil’s name to me, spelled it with the secret angles of her body and blood. I partook the red communion and conjured him to appear. And that was the end of it. The boys in blue brought him in, screaming, his shoulders huge, covered in her blood like a victor’s cape.

The essence of detection is causation: because of this, that. Because he loved her, and she didn’t love him back. Because he leaves iron fillings in his footprints, we’ll find him in the factory where he works to make thermoses. Because he’s a devil, she’s dead. Because that’s all she ever saw, sometimes she dreams about being dead, being that beautiful, being fawned over, adored, her face on posters, her potential mourned. She dreams a detective with a lantern jaw falls in love with her as she lies bleeding out, and devotes himself, a knight, to avenging her death. To remembering her, one glass at a time.

In his dreams, she is dead yet she feels so alive. Because of his dreams, he wakes up sick, half-faint, his hands shaking until he can get the cork out of the bottle and smell the dirt-scent of scotch wafting out, like a grave.

In the City, the graves are shallow. The ghosts are restless.

But they are so beautiful.

The essence of detection is cyclical. Around and around, chasing each other, footfalls sounding on black pavement, and the rain pouring down forever. 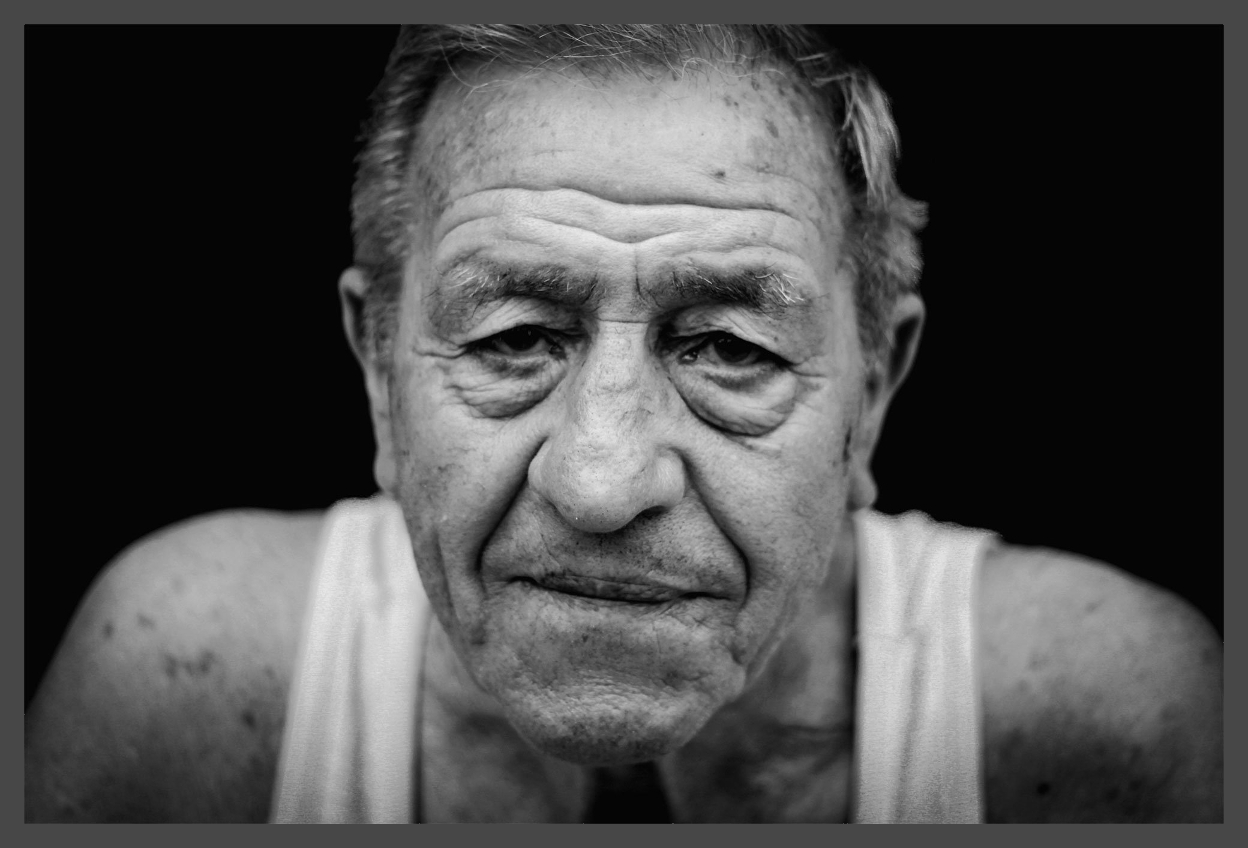 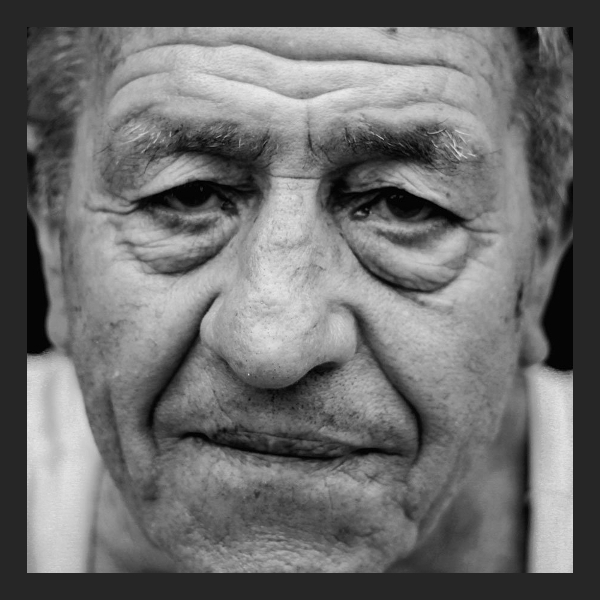