“Some say we are more than our Blood. Lidia Kendall is a fine example of that—perhaps due in part to her most auspicious sire. Treat her well, I still owe her sire much that I have not forgotten.”
—George Smith 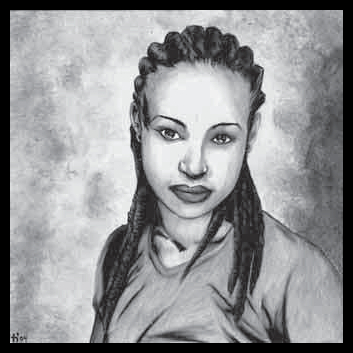 Lidia still makes use of her apparent youth as a tool, allowing others to underestimate her knowledge, experience and determination. Unless she attends a rite or formal occasion (in which case she prefers white flowing gowns), she usually dresses the part of the flighty teen, preferring T shirts, low-cut jeans and brightly colored clips or cornrows in her black hair.

Born in 1853, Lidia was the product of the rape of a young white woman by one of her uncle’s slaves. Her mother treated her as a burden and a mark of shame, and Lidia grew up with a neurotic mixture of hatred and fascination for slaves and their culture. Hers would likely have been a short and inconsequential life had the child not caught the eye of Roger Halliburton, a northern Gangrel and archon who arrived in New Orleans after its surrender to the Union in May of 1862. A pedophile since before he was a vampire, Halliburton intended to keep Lidia as a ghoul and vessel, but when she was trampled by a maddened horse in 1864, her domitor—in a paroxysm of twisted love—chose to Embrace her. The then-archon had not received Vidal’s permission to do this, but hid behind the authority of his position and named her as one of his servires. Vidal, who was occupied hosting Justicar Baylor and his retinue amidst the Civil War’s larger concerns, had too much else on his mind to make a great issue of the illicit Embrace when Kendall was nominally helping Baylor’s ‘war effort’.

Despite being trapped physically at age 16, Lidia soon developed a cunning and intellect that allowed her to use her apparent age and ignorance to her advantage. Decades later, when Halliburton was destroyed by a mob of Vodouisants in retaliation for the deaths of several local children, Lidia was easily able to continue on her own. Further, the final death of her sire, with whom she had an intense love-hate relationship (leaning toward hate) re-inflamed her fascination with local black culture.

Her fascination slowly became reverence during her studies, and Lidia become a practicing Vodouisant and follower of the Ordo Dracul’s transcendental philosophies during the Great Depression. Further, it was through her fellow Dragons that she was first introduced to Baron Cimitière, whom she has since followed with a zealous—perhaps fanatical—loyalty. Her devout adherence to Vodoun and her usefulness to the Baron’s cause has made her perhaps his most trusted lieutenant alongside the mambo Malia Eliza Curry.

Lidia holds domain within the Tremé District and Lower Ninth Ward. She shares the former with many of the Baron’s followers, while Doc Xola is more or less the only other Kindred active in the Ninth. She’s happy to have them as her neighbors. (Domain •••)

Lidia has adopted a number of mortal aliases over the years. Many of them are gang enforcers, “girlfriends” of drug lords, or both. Her young apparent age is an impediment, though less of one than in other areas of mortal society.

The lion’s share of the Baron’s influence over street gangs comes from Lidia. She’s too young-looking (and female) to personally lead them herself, but she’s thought to have made a number of their leaders into ghouls and engineered their rises to power over the years. New Orleans’ gangs are notoriously vicious, fractious, and well-armed, and are an excellent source of muscle. Lidia has also initiated many gangbangers into Vodoun (those who weren’t believers already) and turned them into devout followers of the Baron’s religious congregation.

It’s unknown exactly how wealthy Lidia is, but she’s thought to bring in a fair share of money from her gangs’ drug trafficking. She herself seems to prefer a non-extravagant lifestyle and wears plain clothes.

Lidia attends Elysium sporadically. For all that, she’s respected in the larger Camarilla for two simple reasons: personal power and the use she’s put it (and her social influence) towards on the Baron’s behalf. Although she’d be loath to admit it, her lineage as the childe of prominent elder and archon, her demonstrated loyalty to him, and her time as time as his servire has also been a boon to her in the Ivory Tower’s eyes. (Camarilla Status •••)

Lidia is high in the esteem of the Baron’s followers, and roughly co-equal with Malia Eliza Curry in her status as Cimitière’s right-hand woman. (Circle of the Crone Status •••)

Since Pakachilu’s final death in Hurricane Katrina, Lidia is tied with Charlie Harrison as the most regarded member of Clan Gangrel after Caitlin Meadows. She’s older than Harrison and thought to be his better in a fight, but his frequent “hunts” give him more stories to tell at the clan’s things than she usually has. (Gangrel Status •••)

The storm was not a boon to Lidia in all of her endeavors, however. For years, she was the (presumed) highest-ranking member of the Ordo Dracul and used them as an arm of the Baron’s. After Katrina, the Ordo dispatched a kogaion who is now the covenant’s formal leader. Still, Kendall is thought to be the covenant’s largest-serving and most (locally) senior member, and her influence remains no thing to discount. (Ordo Dracul Status •••)

Lidia is the childe of Roger Halliburton, an archon who served under a variety of justicars and posed a serious threat to Vidal’s rule during Reconstruction, thanks to his influence over the Union army. Halliburton claimed ignorance of his sire’s identity, citing only “some Injun” who Embraced and abandoned him in the Chesapeake Colonies. 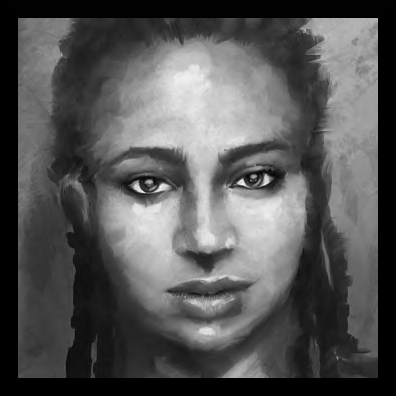