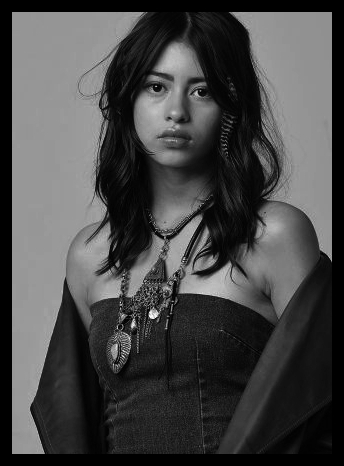 A petite form that gives her an appearance far younger than her century of age. Black depths peer out from underneath a mess of tangled hair. Dark skin softened with the pallor of death. Jewelry adorned with Native American symbols falls around her neck. Her clothes are simple, a crop top with jeans or a skirt.

Lavine was born Tallulah in 1839 to Choctaw parents somewhere in what is now the State of Mississippi. For the first thirteen years of her life, she lived with her parents and tribe. In 1852 her family were visited by Catholic missionaries who “rescued” the young girl and sent her to the Ursuline Academy in the French Quarter to be educated and civilized by the nuns, which amounted little more than beatings and other forms of abuse. Around a year later she was charitably adopted by a Creole family, the Chouteaus, who continued the convent’s methods of education. While Lavine acted as a servant and handmaiden to Mme. Chouteau, she was sexually abused by M. Chouteau. This resulted in a pregnancy and the birth of her son, Sahashi, in 1854. Mme. Chouteau had strong suspicious as to the father’s identity and despised the presence of both Sahashi and Lavine.

In 1860, Sahashi came down with a severe illness. Fearing for his life, Lavine pleaded for the family to send for a doctor, but Mme. Chouteau refused and M. Chouteau simply turned a blind eye. After her son died in her arms, Lavine flew into a fit of rage and cut the throats of both M. and Mme Chouteau while they slept, then fled the mansion into the night. She soon collapsed in grief and slit her wrists. As she lay dying, she was Embraced by Pakachilu.

Like her sire, Lavine initially had difficulty adjusting to her Kindred nature. However, after some years of his tutelage, she decided that she was simply the dark portion of her spirit, the shilombish, which remained on the earth after death. Both this decision and Pakachilu’s resentment of Choctaw being synonymous with Indigenous culture in the area (he himself was Natchez), led to a falling out between them. However, her fierce intelligence caught the attention of her grandsire, Nathaniel Blanch, who took her under his wing. As Lavine acted as his aide, the elder Gangrel tutored her and together they studied the Native beliefs of the area. When Blanch left the city, Lavine joined him to continue her studies for several years before returning to New Orleans, where she attempted to bring together the Circle, particularly the non-Vodouisant Acolytes, to be a stronger political force. While still a practitioner of a ‘pagan’ faith, her services to Vidal led to the Prince granting her the title of Consul on behalf of the Circle. As Consul she has made attempts to broker peace between Vidal and the Baron but with no success. 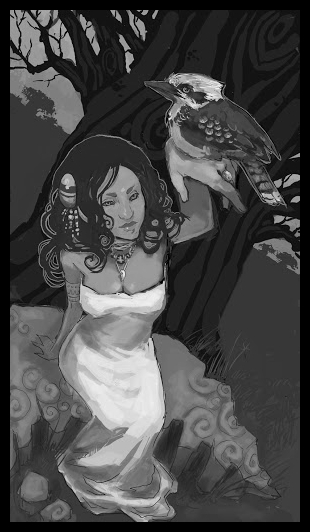 Lavine is childe to Pakachilu, the city’s former Gangrel primogen. He met final death during Hurricane Katrina. Pakachilu was the childe of Nathaniel Blanch, a reclusive elder who has not been reliably seen since the 19th century. It is believed he has since entered torpor, met final death, or simply moved on from the area. Blanch’s own lineage is unknown. Gangrel are notoriously poor at tracking their bloodlines due to the clan’s habit of abandoning fledglings after their Embrace. 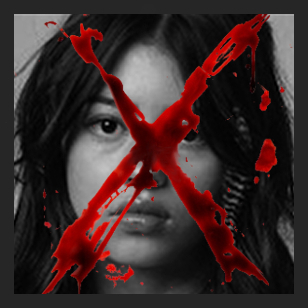