“In some instances, I don’t care what people think. In other instances, I do—especially because of the stereotype. People take a look at me and say, ’She’s cute. She’s blond. […] She’s a bimbo.’ You know? So I take great pains to show I’m intelligent, to show I’m not a twinkie."
—Teri Polo

“People will always consider me a cartoon character, a bimbo. They will never give me credit.”
—Jessica Hahn 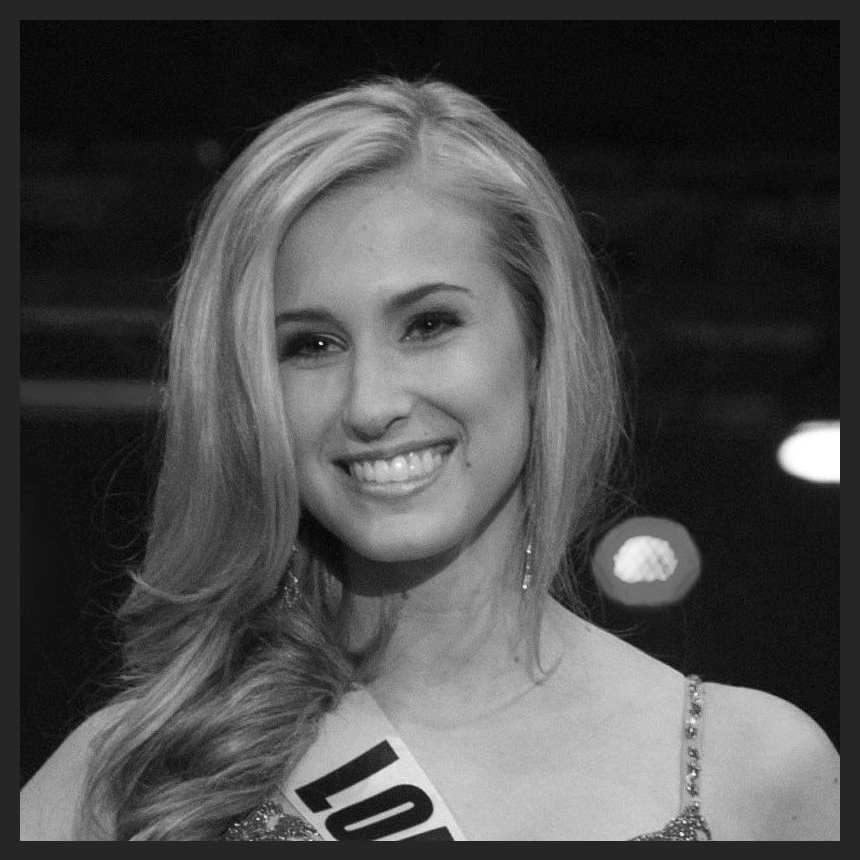 Kayla won the Miss Louisiana beauty pageant. It’s not hard at all to see why. Tall, slender, blonde-haired and blue-eyed, she fits all of the classic standards of beauty and draws stares wherever she goes.

When she’s serving as a honeypot, Kayla dresses the part: slinky form-fitting dresses, tall heels, tasteful jewelry, face full of makeup. Outside of “work,” Kayla often dresses down in jeans and t-shirts and skimps on the jewelry and makeup. She doesn’t try to make herself look unattractive and usually draws looks and compliments anyway. She just doesn’t see much reason to put extra effort into her appearance when people will treat her like even more of a bimbo.

A high school and college beauty pageant winner who won the Miss Louisiana pageant, Kayla grew up wanting to be a cop after her father’s murder when she was nine years old. She joined the NOPD hoping to be placed on Homicide. Even beat patrols would’ve been fine. Instead, she found herself assigned to VICE. Her striking looks and sultry voice proved tremendously effective at luring in would-be johns in prostitution stings. She was discouraged by the work, which left her feeling dirty and cheap, but persisted in the hope it would lead to better things.

It eventually became apparent that her superiors had neither the interest nor intent to move her out of her role as essentially bait for petty crimes. The last straw came when she discovered that several other VICE squad members had been taking and sharing nude photos of her in the shower and locker rooms without her knowledge.

Enter Roger Ferris, who approached Kayla after the arrest of a Malveaux ally. She was all-too ready to jump ship into the private sector, regardless of the work offered. She took evidence of the arrested man’s indiscretion on her way out and happily embraced the substantially better paycheck that came from working for the Malveaux family—along with the boss who didn’t treat her like a bimbo.

Kayla remains extremely bitter towards the NOPD and frequently bickers with Drew Harrington when the two are forced to interact, but she’s more disillusioned with the criminal justice system as a whole. She’s been discretely sleeping with Roger since 2014, though both of them have been unwilling to make a commitment to an actual relationship.

The matter is complicated by the fact that Kayla frequently works as a honeypot for the Malveaux family. She uses her good looks to draw in men with access to valuable secrets, influence, or damaging information on the Malveaux family, though that’s hardly the only role she works in. She’s grown more comfortable with the role as she got away from using it in the pursuit of “justice.” Now she sees its value in solely practical terms.

Kayla occasionally works as a discrete bodyguard and is often mistaken for a personal assistant because of her looks. She’s typically only used in that role when extra manpower is required, such as on foreign trips. She believes most men are easily manipulated by her looks and frequently jokes about the matter with Margaret Ramsey, who in turn offers (perhaps jokingly?) to help her out by removing the need for male companionship.

In December 2015, Kayla and the rest of Ferris’ people were ostensibly fired by the Malveaux family for selling secrets to corporate and political rivals. Kayla was surprised by the news, but more concerning was that she was now out of a job. Ferris told her that things would blow over, but impressed that their lives were in danger due to a power within the Malveauxes and they had to lay now. Kayla agreed to waits things out—Ferris had done right by her once already.

Within a few months, Kayla’s faith in her boss and lover was well-rewarded. In March 2016, Ferris told his people that they could come out of hiding. They started to receive back pay from the Malveauxes.

Then at the end of the month, Ferris told Kayla to drink his blood, three times over three nights.

Like the rest of Ferris’ security team, Kayla’s duties are similar to when she worked for the Malveauxes. She’s still a honeypot who gets targets to spill information of interest. That has its place in the All-Night Society, but Ferris’ responsibilities for the Guard de Ville also have a significant martial component, and Kayla’s found herself used in that capacity as support for Ben Chandler. Cracking heads isn’t work she’s particularly accustomed to, but she had NOPD combat training and has been practicing regularly with Ben and Brett since they were ghouled.

Kayla’s relationship with her domitor has taken more adjustment. Ferris has told her that sex no longer does anything for him and she should seek satisfaction from other men—as with Brett and many other ghouls, she’s found that the Blood has increased her libido. Kayla sleeping with other partners was nothing new to Ferris (he was usually the one telling her who to sleep with), but hearing that a man didn’t want to fuck her was a first in Kayla’s life. It couldn’t have come at a “worse” time with the blood bond, which made her all the more smitten with her former boss-turned-domitor.

Ferris supposed he shouldn’t have been surprised, in hindsight, that Kayla took his disinterest in sex as a form of personal rejection, or that she’d repeatedly try to get him to sleep with her. He faults himself for not setting clear initial boundaries, as he didn’t realize that sex would stop being pleasurable. After all, Ferris’ sire Westphal was Embraced at the age of 10 and hasn’t known any form of carnal pleasure outside of feeding. He consequently never bothered to explain the “birds and bees” of Kindred existence to his childe, which led to Ferris and Kayla having a number of early experiences that left both of them dissatisfied and Kayla feeling rejected. She’s even gotten angry at her domitor for being inadequate in bed—it does, after all, cost precious blood to go through the motions.

What’s proven far more pleasurable for both of them is mutual feeding, at least when Ferris sees fit to allow it. Westphal has cautioned his childe not to “spoil” Kayla. Even if he drains back what he feeds his ghoul, doing so feeds her addiction and gets her accustomed to a potent carrot that could be given out as a reward.

Where they’ve found their equilibrium, instead, is through hunting. Ferris finds the process a chore, even if the act itself is pleasurable, and doesn’t want to spend valuable time every night on it. He instead leaves that to Kayla. The former beauty queen lures vessels into her bed and lets her domitor feed on them at his leisure. She’s usually rewarded for that with a brief mutual feeding, and longer ones held contingent on truly exceptional job performance. Kayla can’t say she’s thrilled by this arrangement, but at least it’s consistent.

Kayla’s domitor Roger Ferris is one of the hounds on the Guard de Ville. He’s young but well-positioned in Kindred society for his age and has a history with Kayla that goes back years. Their relationship isn’t everything she’d like it to be, and she might even have preferred how things were between them as mortals, but he treats her well enough by Kindred standards. (Domitor ••)

Kayla is an accepted member of ghoul society. Her domitor relies upon her and doesn’t look like he’s about to get rid of her anytime soon. Ferris has told her to sleep with other ghouls to develop relationships with them, and if she can learn anything of value, so much the better. Kayla’s found that older ghouls are more inclined to keep it in their pants, and that all ghouls are more paranoid as to the possibility they’re being used, but she’s met with decent success in her domitor’s objectives. (Ghoul Status •) 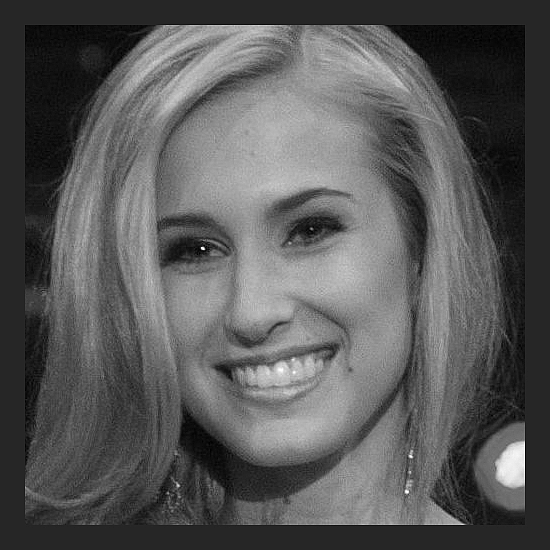