“Oh yes, he was quite a supporter of Savoy’s. He was a civil rights activist in his mortal life. Or a lawyer for the Southern Poverty Law Center. Something along those lines. Regardless, he felt Vidal wasn’t upholding a just rule.”
Childish notions.
—Marguerite Defallier to Jonathan North

“His fate is a lesson you vould do vell to take heed from, acolyte. All of our clan, united togzer, may build a pyramid of unassailable strength—but zose who stand alone, fall alone.”
“I will not forget that lesson, regent.”
—Erwin Bornemann to Kyrstin Grey

His thoughts are interrupted by the memory of his own words, from so long ago. He remembers being so drained, so exasperated, and feeling like he’d wasted his entire life as he sat before his sire. Erwin seemed to understand him so deeply. He remembers his first glimpse at the powers of the Blood and why he voluntarily entered into this… pact. To gain an edge, when so much of what he had done to fight for legal change had failed.
Did he become Kindred for this? To continue this tiresome dance of favors, feeding territory, manipulation of mortals, and thaumaturgical study as an end in and of itself? To let not one, but possibly three people die as he stood by and did nothing? He could have died as a man decades ago, but should he meet final death now, he knows in his heart that God would find him wanting.
[…]
“Is this how it ends? If I die tonight, I’m sorry for all that I’ve done. I’m sorry for all the people I’ve hurt.”
—Julien Derneville’s nearly last words

“Runs real damn fast, and dresses like he shops at one of those all-in-one shops.” Really, Julien’s clothing had been the least descript thing about him.
—Clea Bonney to George Smith

Julien was a small and slight African-American man with soft features, wide brown eyes, and curly black hair. He easily blended in among crowds. He generally dressed in blue jeans with button-ups or long-sleeved tees and donned a leather jacket outdoors. Except for his jacket, he bought all of his clothes at Herrick’s or thrift stores. Julien was never rich for a vampire and considered fashion a frivolous expense. Since Kindred do not produce bodily odors or secretions, he would often wear the same clothes for nights at a stretch. After the harpies mocked him for it in Elysium, he reluctantly bought several blazers and nicer pairs of pants.

A former attorney for the Southern Poverty Law Center, Julien was a civil rights activist who accepted his sire’s Embrace after being frustrated by the glacial pace of social change among mortals. His long service to the Tremere clan was undistinguished but largely faithful. He disappeared in mid-late 2015 and is presumed deceased.

Julien was relatively close to his sire Erwin Bornemann, who he felt understood him in a way few other Kindred did. He found little in common with his younger (and more accomplished) broodmate Peter Lebeaux, perhaps as a result of the latter’s background as a white police officer. Though Lebeaux attempted to develop a relationship with him, Julien never seemed to think of the homicide detective a brother, and they remained distant. Julien spent a great deal of time in the company of Antoine Savoy, in whom he saw hope for a more enlightened rule than Vidal’s tyranny, and was a frequent guest at the Evergreen.

Julien made his domain in Central City. His only known neighbor was Alexander Wright, as few other Kindred considered the crime-ridden area to be worth cultivating influence over. Julien long claimed he sought to help lift the residents out of poverty, but never seemed to get around to it.

Julien seemed to spurn the use of ghouls, a tendency more common among the Tremere than other clans. He also claimed to hold bond-induced slavery in distaste.

Julien had a number of contacts among the local Southern Poverty Law Center and the city’s broader legal community. He also had some pull among political activists who found him awkward but profoundly knowledgeable.

By the time of his disappearance, Julien had established himself as a minor player in Kindred society. He was socially awkward and rarely stood out at Elysium, but built a consistent and century-long reputation of trading his thaumaturgic skills for favors. (Camarilla Status •)

Among his clan, Julien became a senior apprentice largely by dint of his age, thaumaturgic aptitude, and for obediently following his superiors’ orders. He generally stayed out of the Pyramid’s power struggles and was considered a dependable if unremarkable asset by his superiors: the sort of Kindred who was forever a follower rather than a leader. Still, as the Tremere are wont to say, “Every pyramid is built upon a foundation.” Julien and unambitious Kindred like him are their clan’s foundation. (Tremere Status •)

Julien is the childe of Erwin Bornemann, the Tremere clan whip in New Orleans and regent of the city’s chantry. Erwin is the childe of Elsbeth von von Steinhäuser, the clan’s local primogen and the high regent of Texas, Arkansas, and Louisiana. Elsbeth is believed to be the childe of Karl Schrekt, a former mortal demon hunter and one of the longest-serving justicars for his clan. All manner of incredible rumors surround Schrekt from having diablerized Lupines to meeting Caine himself. True or not, the retired justicar is one of the most feared Kindred in his clan, and sat on the Justicarate during a number of turbulent periods including the Napoleonic Wars and World War II. Schrekt is childe to Lotharius, the prince of Vienna during the Middle Ages, a former member of the Council of Seven, and one of the first Tremere Embraced into the clan outside of the founder and his original seven followers. His rule laid much of the groundwork that enabled Vienna to become the bastion of Tremere strength it is tonight. He was slain by the future Banu Haqim caliph Thetmes during the 1529 Ottoman siege of Vienna. Lotharius was childe to Etrius, the councilor of Eastern Europe, first among equals on the Council of Seven due to his long association with the clan’s near-mythical founder, and one of the driving forces behind Clan Tremere’s rise from a band of mortal magi to the pillar of the Camarilla they are tonight. Etrius is the nominal childe of Tremere.

Julien’s younger brother-in-blood Peter Lebeaux is a homicide detective who served as warden of the French Quarter and is one of Antoine Savoy’s most trusted lieutenants. 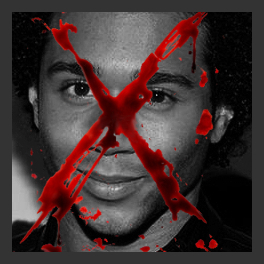