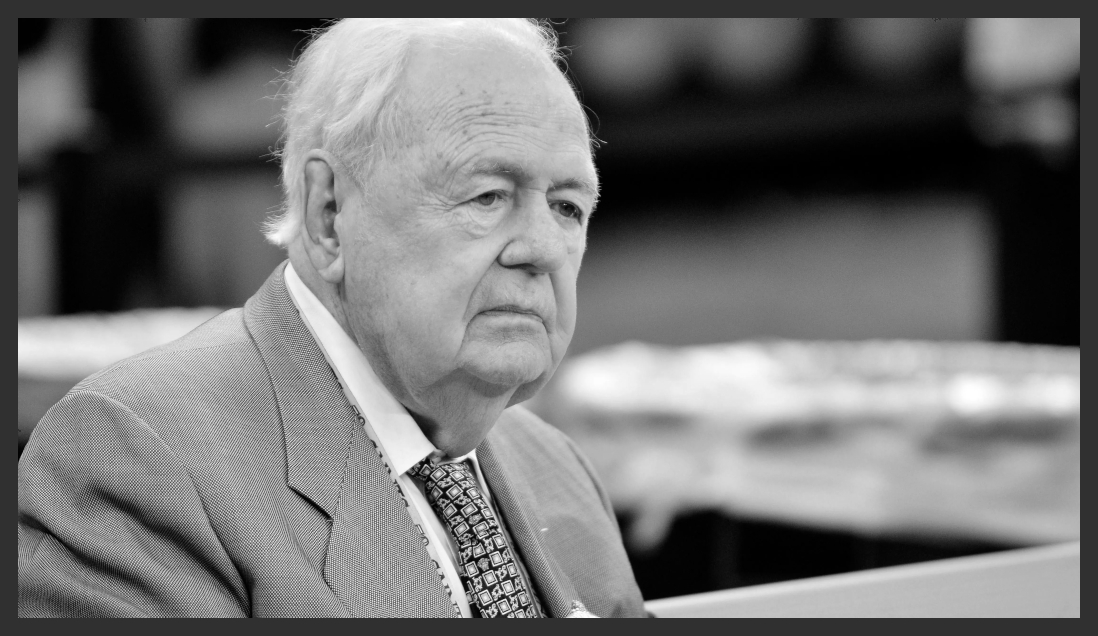 John is an old man, bent and stooped with age, with wrinkled skin dotted by liver spots and wispy white hair. His face was strong and thick in his youth, and still retains that shape, but is sagged with lines. His handshake remains strong and firm. He rarely smiles. He usually dresses in light gray suits for his public appearances.

John Dyer is an American success story. Born to a working-class single mother in New Orleans, he served in the U.S. Navy for a year during World War II before returning home to obtain an accounting degree from Loyola University. After graduating, he worked as a car salesman and was very popular with customers. The handsome war vet was great at putting them at ease with his “aw shucks” grin, asking about their lives without seeming obnoxious or fake, and never seeming like he was trying to pressure them into making a purchase; it always felt like an afterthought when he actually started talking about car specs and prices. He closed the most sales out of any employee in the dealership by far. The owner couldn’t say enough good things about him.

In 1952, with a comfortable nest egg built up from his sales commissions, John struck out on his own and moved to San Antonio to purchase an independent car dealership. The dealership was performing poorly and the owner couldn’t have been happier to offload it onto the gullible young salesman. Several employees warned John that he was getting scammed. John listened to none of them. By 1953, he’d reversed the dealership’s failing fortunes and was making regular sales. By 1954, it was one of the most profitable dealerships in San Antonio. His mother couldn’t have been prouder. By 1957, John was the owner of three highly profitable dealerships—under the name of John Boyd.

That’s when he returned to New Orleans and asked his father, William Dyer, to acknowledge him.

The Dyers were old money in the state of Louisiana and could trace their heritage as far back as the city’s colonial era. They claimed descent from one of the casquette girls of local fame. The family’s fortunes hadn’t evaporated overnight with the Civil War, thanks to more diversified holdings, but they’d taken a substantial beating and had been on a slow and inglorious decline ever since. William had fathered John out of wedlock, a fact his mother hadn’t told him until he’d graduated college—it was a deeply shameful thing for the time. The now-30-year-old business owner thought his father would be proud of him and want to bring him into the family upon seeing what a success he was.

He couldn’t have been more wrong. William laughed in his illegitimate son’s face, denied their blood tie, and derided him as low-born trash he’d want absolutely nothing to do with even if they were father and son. William’s wife, John’s not-quite-stepmother, seemed pleased enough by this response.

John took his leave, then invested profits from his auto dealerships into local banks. He purchased several of them and formed Boyd Financial. Now a millionaire, his wife and two adopted children (they’d been unable to conceive) enjoyed lives of comfort and ease, and he made sure his mother wanted for nothing too. His wife told him to forget about the Dyers. Their family had everything they wanted.

But John did not forget the old man who’d denied their blood tie and laughed in his face. He started a campaign to systematically ruin the Dyers. He bought out their business ventures through hostile takeovers. The ones he couldn’t buy out, he ruined. He hired private investigators to drag up scandals that he leaked to the Times-Picayune. He paid the Mafia to threaten their lives and worse. John was young, hungry, and ambitious. The Dyers were an aged family in decline and decrepitude. The coup de grace came when John revealed that the newest Dyer scion, Vera, was his daughter: he’d cuckolded his brother William Jr. and fathered the girl upon his brother’s wife.

It was the final straw that destroyed John’s marriage. His ex-wife called him a monster. John found he could live with that: he’d brought his father back to the bargaining table. When William asked what his son wanted, John laid out simple terms: public acknowledgement after he took the Dyer name and the striking of his siblings and stepmother from the old man’s will. In return, John promised that his father would live out his twilight years in greater luxury and comfort than ever upon the “new money” he’d once so disdained. The Dyer line would continue, through him, rejuvenated and more prosperous than ever.

William acquiesced. That destroyed his own marriage and earned John the undying hate of his legitimate siblings. John cared little. He even remarried his brother’s wife, who abandoned the disinherited Dyer scion without a second thought. The two claimed in subsequent years to have conceived Vera after their marriage and raised her as though she was.

William didn’t enjoy his fruits of his son’s riches for long and died within several years of rewriting his will. John’s siblings accused him of poisoning the old man. John sued them for libel (and won). John inherited everything: between his prior wealth and now the lion’s share of the Dyer family fortune, he was one of the richest men in Louisiana. He carefully husbanded his wealth over the following years and eventually climbed to the top spot.

Many of his cousins and even his siblings’ children sought his favor. John was amused and took savage pleasure in playing them against their own parents; his patronage meant any Dyer could go far. No further children, however, resulted from his second marriage. His blamed his wife and the two’s union grew cold and loveless, finally culminating in a bitter divorce marked by years-long legal battles. John cursed himself for not mandating a prenuptial agreement (he wouldn’t make that mistake with his next wife), but turned same ruthless will that had brought him to prosperity against his second spouse. She made off with barely enough money to afford the nursing home she spent her twilight years in, unvisited by her former spouses or children. John took especially great relish in turning Vera against her. Mother and daughter never spoke again after the divorce.

Father and daughter spoke little enough, as well. John lavished his only biological child with riches but found he had little time for her; his business enterprises, vendettas, and the social commitments that came with wealth consumed much of his time. Vera was largely raised by hired help.

In 1985, John purchased the Saints football team after he learned from Governor Jim Jameson that the team was on the verge of being sold to parties interested in moving the team to Florida. He’d played football in college but didn’t make the cut for the NFL. His business acumen, however, profited the Saints greatly. He hired a general manager and head coach who led the team to their first winning season and playoff appearance. John become very popular in the city as a result of this action, and in 1996 he sold Dyer Financial to Whitney Bank in order to devote his full time to football. His public goodwill soured, though, after he repeatedly threatened to move the team elsewhere if the state of Louisiana didn’t construct a new stadium to replace the aging Superdome.

2005 was the nadir of John’s popularity after Hurricane Katrina: he flew to San Antonio to wait out the hurricane and rumor abounded that he would move the Saints there. John promised the Saints would return to New Orleans for the 2006 season, which they did. The team’s fortunes improved dramatically in the years after their return, including a 31–17 defeat of the Indianapolis Colts in 2010 to win Super Bowl XLIV, and Benson recovered much of his popularity as well.

In 2008, the Dyer-led Louisiana Media Company consummated their purchase of WVUE-DT, the RED Network affiliate for the New Orleans area and by virtue of their affiliation, the major carrier of Saints games as part of the NFL on RED contract. Since the sale, the station has also become the de facto home of the Saints, including coach’s shows and preseason games. In 2012, John branched out from football and purchased the New Orleans Hornets basketball team for $338 million and changed their name to the Pelicans. They went on to sweep their rivals after they returned to the playoffs in 2015. Even in his old age, it seemed like every business John touched turned to gold.

John was now close to 90 years old and held a fortune worth $3.1 billion. Predictably, anyone with even a remote familial tie to him wanted a slice. There was his daughter, Vera Malveaux, who felt the whole estate should be hers. John might’ve felt the same way when she was a little girl, but they’ve bitterly fought over the years; apparently, she resented how absent he’d been throughout her childhood. John liked his son-in-law Matthew well enough, and respected the CEO’s business acumen, but everyone knows that his marriage bed with Vera lies cold; it’s unknown how John feels about that. Among his grandchildren through Vera, many have potential, and some are more eager to claim his wealth than others, but John seems leery about leaving his money to a family other than the Dyers. The Malveauxes aren’t his kin. On the other hand, no one who retains the Dyer name is his direct descendant. They’re his cousins and siblings’ descendants, and John always hated his legitimate brothers and sisters. Today’s Dyers have spent years currying his favor and are terrified he might cut them out in a final gesture of spite. Then John has his adopted children and their descendants by his first marriage; maybe he’ll return to his roots. His third and current (trophy) wife certainly hopes not, but she’s also failed to produce him any children, and he recently kicked her out of the house after saying he was sick of her company.

All anyone can say for sure is that John has a lot of people hoping he will die and make them billionaires.

John doesn’t seem to care much for it. He seems to care for people looking to inherit faster even less. In January 2016, he claimed that Jacqueline, one of his adopted grandchildren, attempted to poison him. He subsequently hired a new protective detail of Israeli-trained bodyguards. He never leaves his walled estate unprotected, never talks to anyone alone, and never consumes food or drink that hasn’t first been sampled by one of his bodyguards. This prompted his nephew Nicholas Dyer to sue him, claiming he is incompetent and seeking control of his companies. That suit is currently being fought out in the courts. John has made abundantly clear that he would sooner destroy his fortune than allow any of his would-be heirs to wrest it from him by force: “It’s not as if I’m going to use it for anything after I’m dead.”

Then he goes home to an enormous mansion empty but for his protective detail. In the dark and lonely hours of the night when he can’t sleep, he thinks back on his life and choices, and how all of his surviving family are impatiently waiting for him to die.

John is the richest man in Louisiana, with a net worth of approximately $3.1 billion. Although the Malveaux family collectively holds a larger fortune than the Dyers do, none of them have more individual wealth than him. (Resources ••••• ••) 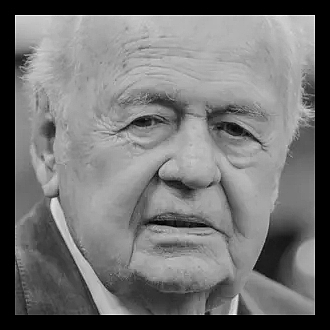