“The point of books is to combat loneliness.”
David Foster Wallace 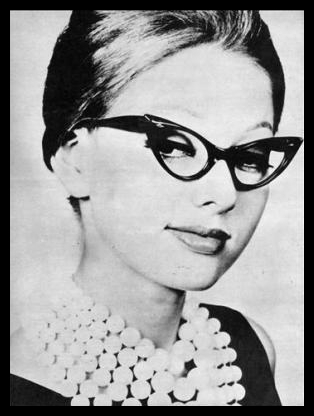 Janine is a short, mousy-faced woman who still dresses like a secretary or a librarian from the 1950s: rhinestone glasses, pearl necklace, and auburn hair pulled back in a tight bun. She often wears the same clothes for weeks on end (Kindred do not sweat or produce natural bodily odors), which consist of an unchanging rotation of wool cardigans, plaid skirts, and opaque tights. Even when she changes her clothing, the smell of musty books never leaves. She speaks with a thick New York accent that some find charming and others find grating. More listeners, however, are unnerved by her propensity to carry on full conversations with the empty air.

Janine was a young librarian recently moved to New Orleans, prone to late hours and odd habits. Her poor interpersonal skills and thick New York accent kept her from making many friends, but Janine was never lonely. After all, the spirits kept her company, and the Milton H. Lattier Memorial Library had more than its share of spirits.

It was during a dark winter evening that Janine struck up a conversation with a well-dressed female patron about her life and the spirits she talked to. The library was supposed to close soon, but Janine made no move to usher the woman out. She was all-too happy to babble on about herself to the first person in New Orleans who’d taken an interest in her life.

The after-hours patron was more interested in Janine’s death. She barely had time to scream when the quietly listening woman suddenly pounced upon her with bared fangs. Or maybe she wasn’t screaming, but moaning. Janine’s last thought as consciousness blissfully ebbed was that not even her spirits could make her feel this way.

Janine’s sire let the hungry fledgling drink deeply from her wrist, then perfunctorily questioned her whether she could still hear and talk to the spirits. It was hard to think past the still-burning thirst, but Janine did her best to answer the library patron’s questions, whose name she realized she still did not know. The woman looked interested at first, but seemed to quickly grow bored. She offhandedly mentioned Janine was now a vampire, told her to stay put until one of her “ghouls” could collect her, “so you don’t make too big a mess for me,” and then left.

The “ghoul” who showed up an hour later was a handsome-looking young man, the sort who’d never paid any attention to Janine in her mortal life. She fawned and hung upon his every word, which made the task he’d been assigned by his domitor fortunately easy. He explained the basics of what Janine was, accompanied her on a few “hunts” that would have left her flushed bright red if blood still flowed to her face, and requested she summon a few of her spirits to converse with. Then he said he had to go. When Janine hesitantly asked why her “sire” had done this to her, the ghoul answered, “she was interested by how you could talk to ghosts—the only interesting thing about you, really. I suppose she Embraced you to see what would happen.”

Janine was hurt when neither of the two came by the library again, but she still had her spirits for company. Nearly fifty years later, Janine still lurks between the shelves of the Milton H. Lattier Library (it’s anyone’s guess how she survived Katrina), which she considers to be her domain. Stories have been circulating for several decades that the building is haunted by her ghost. She often pesters Kindred who visit the library during the winter to show up earlier. It’d mean they’d have more time to do research (the obvious inapplicability of this advice does not seem to concern her), but if asked nicely she can easily arrange to let them in “after hours.” 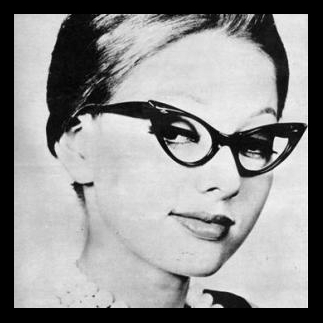