“I want power. Power to rip down God’s throne. To… to take back what I lost, and burn down the world if it tries to take it back away from me!”
Jacob Grunewald
“Julien vas foolish, and bears responsibility for his own actions. But Grunevald and his children are my failure.”
Erwin Bornemann
Marguerite: “You think the Strix were partly responsible for Grunewald and Derneville?”
Jon: “There’s nothing to suggest such directly, but Grunewald […] was also an idiot savant with destructive magics. Their reappearance following his final death raises disturbing questions about the parties involved in it. Few in the city might fight them as readily—and effectively—as he might have."
Marguerite: “Really now? More’s the shame… I suppose there’ll always be more owls, but maybe he could have frightened them.”
Jon: “Or perhaps he did.”
Marguerite Defallier to Jonathan North 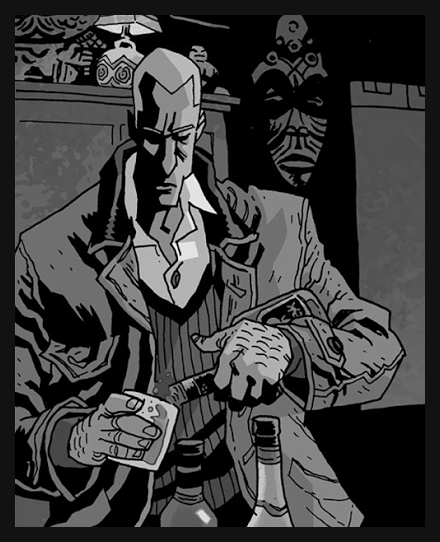 Jacob and Jacqueline Grunewald were fraternal twins born in 1860. Only weeks after their births, their parents took them to Texas on the tail end of the German migration. Their father was a pastor. They grew up in Houston, spending many a day buried in books together while hiding from the cruel Texas sun, which always left painful sunburns on their pale complexions. They rarely spoke to others and told themselves that pastor’s children were rarely spoken to. The truth was they had all the company they desired in one another.

The only people outside their family who interested them were the Akokisa Indians, who lived in two nearby villages and sometimes came to the city to trade. Jacob and Jackie were fascinated by the redskins’ reputations as woods-dwelling cannibals, who seemed to them like real-life characters from their beloved Grimms’ Fairy Tales. Although the pair’s father warned them that the Akokisas were flesh-eating heathens, he just made them even more curious about what else might be lurking in the deep dark woods. After all, the Grunewalds were named for one such forest outside Berlin. Jacob wanted to become a writer and monster hunter. He wanted to stride boldly into the world’s dark places, write about the things he saw, and show everyone that magic was real in the world. Jackie wanted to do the same through charcoal and paint.

The pair’s shared fixation brought them closer than mere siblings. Puberty cemented their incest and they realized they had to leave. At age 15, they stole as much of their parents’ money as they could grab and ran east until Jackie started to show her pregnancy. They stopped in Baton Rouge, had their two daughters, and married under fake names. Jacob was well-read enough to secure work as a government clerk. Eventually, the pair purchased a bookstore where they could live and work. Jacob made money trafficking rare books, and writing “tales of the savage woods” inspired by their beloved German folktales.

Then one night, their father tracked the pair down, and nothing would stay the same.

Jacob was a medium of no small talent and knew many ghosts, chief among them his sister-wife Jacqueline. She continued to protect and watch over her brother-husband for over a century past her death, but was nine-tenths mad and quite possessive of him. Jacob learned it was unwise to allow her to interact with other Kindred.

Jacob also had an unusual interest in indigenous and shamanistic magics for a Tremere and made contact with local spirits. When the need arose, he could strike bargains with them for aid.

Jacob held a modest stretch of territory in Bywater and got along cordially with its regent, Gus “Gutterball” Elgin.

Jacob kept one known ghoul, a one-legged translator named Samantha “Sammy” Hingorani who he charged with caring for his herd and haven. Kindred who knew of her existence thought Jacob placed unreasonable demands upon the disabled ghoul.

Jacob kept a large number of mortal children from troubled backgrounds in his haven. Most Kindred who knew of their existence thought Jacob fed on the youths, although he insisted he merely sought to offer them a good home.

Jacob had some contacts among the city’s occult circles with whom he continued to sell and purchase rare books. For the most part, he was thought to spurn manipulating the kine.

Jacob was mostly uninvolved in larger Kindred society and preferred to spend time pursuing his own more esoteric interests. The Tremere and Lancea et Sanctum both knew they could call on him for aid, and which they reciprocated in turn when he had need of theirs. (Camarilla Status 0, Lancea et Sanctum Status •, Tremere Status •)

Jacob’s lineage was thoroughly researched by Ian Carfax and reviewed by Jonathan North as part of their broader investigations into the former renegade’s activities. Jacob was nominally tenth generation, but his blood was thinner than the norm for his age, leading the two astors to place him at the eleventh generation. This disparity is likely due to Clan Tremere’s unusual origins and the common practice of diablerie among the Sabbat. It is doubtful that anyone will ever know (or knew) the true proximity to Caine of Jacob’s ancestors.

Jacob was the childe of Lyle Carnall, a Tremere antitribu who abducted Jacob and turned him into a vampire as part of a larger Sabbat mass Embrace. Lyle was destroyed on that same night by forces unknown along with the rest of his pack. Lyle never even spoke to Jacob before his final death, and his past and identity remain a mystery beyond his name (which is itself only known due to divinations cast by Jacob’s clanmates). The identities of Lyle’s sire Solomn Wallace and grandsire Hester Casson are equally unknown. Hester, however, was childe to Andre Malotte, a renegade Tremere destroyed during the Great Fire of London. Malotte was childe to Casmir a sadistic magus who helped the Giovannini overthrow the Cappadocians as part of the Conspiracy of Isaac. Casmir was destroyed by his clan for his involvement in the conspiracy. Casmir was childe to Goratrix, one of the original eight magi who transformed themselves into vampires and the renegade founder of House Goratrix after he broke with his clan in the 14th century. Goratrix was self-created but a nominal childe to Tremere. 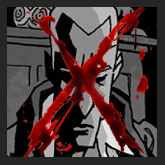