“The Nosferatu in the modern era, particularly in the Americas, are quite interesting. They’ve slipped in amid every crack on the street, and because most are humble or reserved, many Kindred don’t realize just how long their reach is even as they simultaneously wonder to themselves how the Nosferatu always seem to know what’s going on in the city. Master Elgin is a fine example of the trend—and a fine enough Kindred.”
Jonathan North 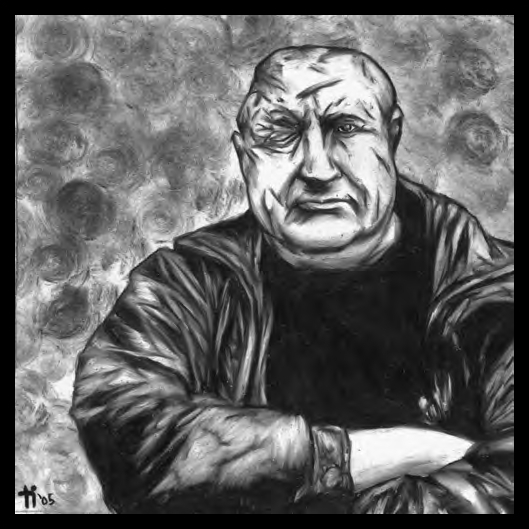 Gus Elgin is a stunted creature with a rounded, crushed-in head—crushed in by the same streetcar he operated during his mortal life, and the origin of his nickname ‘Gutterball.’ His block-like nose and pudgy jowls remind people of a bulldog’s, and his large frame hovers in a nebulous area between fat and muscled, like a retired prizefighter who’s spent too many hours channel-surfing and guzzling beer on the couch, but still hasn’t completely let himself go. He stands a full head below somewhat tall men, which together with his girth and triangular-shaped frame, make him seem built like a dwarf—short and stout.

Elgin normally dresses simply, the better to blend in with his prey. Working man’s blue denim jeans and boots, thick black jumper and brown leather jacket make up his common ‘uniform’, with his huge forearms usually on show with his jacket and jumper pushed up to his elbows. When not in Kindred company he wears a battered, wide brim trilby pulled down over the right side of his face. He dons a priest’s black clerical vestments for religious functions on Sundays.

A former streetcar operator, Gus Elgin earns his nickname of “gutterball” from a grotesquely crushed-in head that was caused by an accident with his own streetcar. Well-versed in scripture, history, and etiquette, Elgin serves as one of the Sanctified’s priests, Vidal’s quietly unobtrusive master of Elysium, and regent of the equally quiet parish of Bywater. He’s also a fixture in Antoine Savoy’s court due to the sheer number of sites in the French Quarter that are declared Elysia. Since the Toreador would-be prince wants to be seen respecting the tradition of Elysium, he reluctantly allows Elgin freedom of movement. Although he almost certainly tries to limit what Elgin can see, the Nosferatu priest is an observant creature who takes full advantage of his free access to Savoy’s territory. As a result, he may well be the most informed Kindred in the city about both factions’ nightly social activities. He’s not without enemies, though, as Caitlin Meadows savagely attacked him several months ago for reasons known only to herself. The Nosferatu barley survived and remains quite paranoid of her.

Unknown. Gus Elgin has not spoken of his sire. He is believed to place himself at the tenth generation. 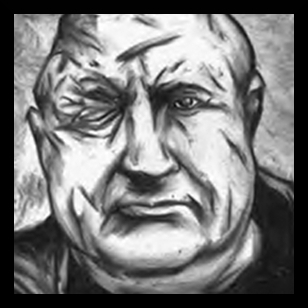