“Just because something doesn’t do what you planned it to do doesn’t mean it’s useless.”
Thomas Edison
“Even the Catholic Church of the Middle Ages was tolerant by modern standards. Part of the reason for this was that in the past no government had the power to keep its citizens under constant surveillance. The invention of print, however, made it easier to manipulate public opinion, and the film and the radio carried the process further. With the development of television, and the technical advance which made it possible to receive and transmit simultaneously on the same instrument, private life came to an end.”
George Orwell, 1984
“It has become appallingly obvious that our technology has exceeded our humanity.”
Albert Einstein 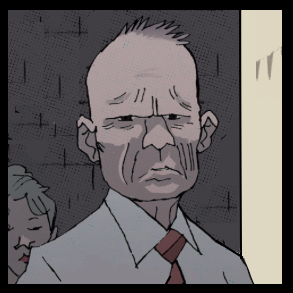 Eustace Kermit Boggs has all the alluring physique of a scarecrow. His frame remains haunted by childhood malnourishment and rickets. His head is misshapen, bald save for a small, dirt-blonde tuff atop his scalp. His hairless brow is flat, and his skin is lined with premature wrinkles. Outsiders often confuse his mud-thick Cajun accent for some kind of military-encrypted language or the retarded babble of a moron. Occasionally, they’re right.

When Eustace’s professional duties require him to directly interact with others, he dresses in a mixture of military and white-collar attire: short-sleeved dress shirt, Rebs tie, camouflage pants, combat boots. More typically though, he just wears a pair of skid-marked whitey-tighties and sockless, broken-in boots.

As a child, the rail-thin, rickets-afflicted Eustace was cruelly nicknamed “Useless” by his kin. Unable to easily participate in most Boggs’ pastimes, Eustace idled his time assembling home-made radios, tinkering with transistor tubes, and begging his siblings to raid their parents’ junkyard for electronic parts. Eustace likely would have ended up on his family’s dinner plate –but his life was spared by the Vietnam War.

In 1969, he was drafted into the Army—but he was almost rejected due to his malnourished state and bone deformities. His mother, however, interceded by showing the local draft officer just how ‘vigorous’ Eustace’s bloodline could be. Ironically, Eustace’s health dramatically improved during boot camp, likely due to its stable regimen of basic nutrition and sunshine. Nevertheless, the young man was still woefully slight and knock-kneed. Yet, his affinity for and aptitude with electronics were noticed, prompting his reassignment to the Army’s relatively nascent Electronics Command (ECOM) at Fort Monmouth. There, Eustace served for a total of nine years, helping to develop the Automatic Telephone Central Office’s solid state AN/TTC-38 and outlasting the Vietnam War by three years.

After his honorable discharge, the Cajun returned home. His reception was less than lukewarm, as the ‘real’ war-heroes had all died or come home with stories of massacres, napalm parties, and war crimes. Eustace, by contrast, had neither scars nor personal tales of bloodshed or brutality. Consequently, most of his kin just assumed that his war contributions had been, true to his sobriquet, useless.

This derision only slightly lessened when Eustace landed a decently paying job at a local cable company—and swiftly became an easy if begrudging source of illicit free cable for his clan. Indeed, Eustace found himself courted by one Wanda-Stu Boggs, a young girl who appreciated cash and pay per TV (but not the actual man who provided them). With Eustace both bewildered and delighted by such attention and seeming affection, the pair’s brief courtship ended in a literal shotgun wedding, followed-up by a honeymoon consummated by shopping sprees rather than sex.

With whiplash rapidity, Wanda-Stu established herself as the pants-wearing partner. Eustace was reduced to money-making chattel expected to support his wife’s constant QVC binges. Even when Wanda-Stu popped out a litter of kids (with dubious paternity) in typical Boggs fashion, Eustace found himself mocked and disparaged by his own children. They called him ‘Useless’ rather than his real name, much less ‘Paw’ or ‘Daddy’. And they gave Wanda-Stu new, never-ending reasons to spend her husband’s already over-spent income. Eustace was forced to pick up extra shifts, then juggle a second full-time job at Textron, and use credit cards to cover the ever-increasing costs.

So downtrodden, Eustace took a walk one night, eager to get away from his nagging wife, puling rug-rats, and hounding bill collectors. Along the way, he stumbled onto Cletus violently feeding from a van full of tourists leaving Mardi Gras. He saw the splattered blood and gnawed-off fingers clutching at the windows. He heard the screams and the sound of limbs being ripped off like sacks of meat.

At first, Eustace was simply shocked by what he was witnessing. Then, he was enthralled.

When Cletus finished his grisly slaughter, he rolled down the window and invited the voyeur inside for a chat. With a mix of numbness and euphoria, Eustace slid into the stained passenger seat, his thin eyes wavering between the mauled, half-eaten bodies in the back and the mesmerizing monster behind the wheel. Together, they all went for a midnight drive. Cletus asked about Eustace, inquiring about the man’s background, profession, and family, and the man found the monster a surprisingly good listener. Cletus was particularly intrigued, baffled, and impressed by the man’s profound “wizardry” with electronics. Eventually, Cletus dropped off Eustace in front of the man’s trailer. He offered the man a job at the Big House, but then looked at him with his butane eyes, smiled, and told him that “Family done come first, so take care o’ ‘em.” Cletus then drove away, whistling Dixie into the darkness.

Naturally, Wanda-Stu berated her husband for wandering off and being “Useless” again. She got about halfway into a tirade about maxed-out credit cards and her inability to buy the latest QVC special, when Eustace violently grabbed her TV remote and shoved it down her throat. When her asphyxiating gurgles and thrashing awoke the children, Eustace used his old military-issue utility knife to forever silence their screams and disrespect.

A few days later, Eustace arrived at the Big House, hefting a large mincemeat pie. Cletus welcomed him in with open arms. Together, they had a delicious meal and discussed his new role at the plantation. Cletus then sealed the deal with the proxy kiss.

Since then, Eustace has lived and worked as the mansion as the head of surveillance, telecommunications, and electronics. Due to their common military background, Eustace gets along well with Colonel Jedidiah Rooster, and the introverted man enjoys the relative seclusion that Armando’s policies have engendered. He avoids directly interacting with Ms. Beauchamp (and most other staff and visitors for that matter), but he does indirectly spy on her and her maids (and most other staff and visitors for that matter). Although Cletus often avoids digital technology, he nonetheless recognizes and respects the utility of his pet “wizard”, as does Isabelica. Meanwhile, Bobbi Jo hardly remembers that Eustace exists, which suits the still-frail introvert just fine. No one calls him Useless anymore.

Lately, Eustace has begun experimenting with electronics that incorporate the occult. Recent (and thus far unfruitful) research projects include phone capable of calling the dead, surveillance cameras capable of detecting ghosts, and radios capable of receiving transmissions from beyond the Shroud. These pursuits came about after one of his surveillance monitors began malfunctioning, intermittently broadcasting videos of his murdered family. He watches these videos with not only piqued professional interest—but personal, psychopathic enjoyment. 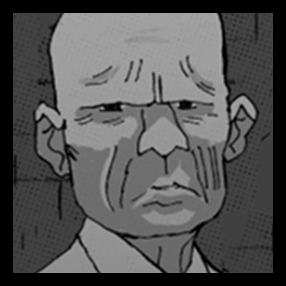