“A smile will get you far, but a smile and a gun will get you even farther.”
Al Capone
“Of pain you could wish only one thing: that it should stop. Nothing in the world was so bad as physical pain. In the face of pain there are no heroes.”
George Orwell
“I like a look of agony, because I know it’s true.”
Emily Dickinson 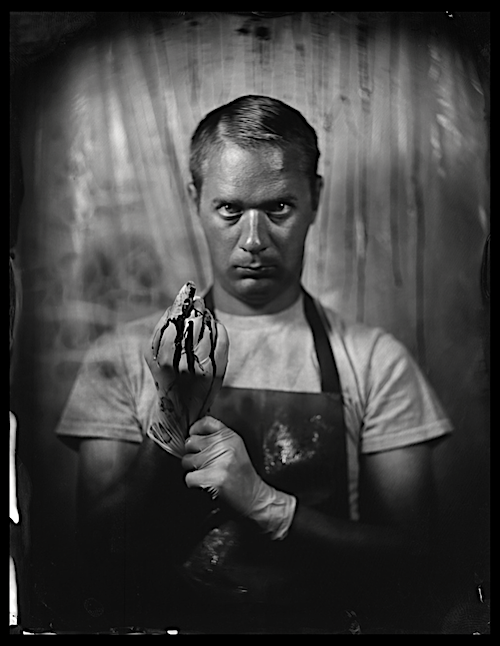 Freshly barbered blonde hair is violently combed into a balding part. His oily olive skin has the tint of a chemotherapy patient. His torso, once triangular and toned, is pear-shaped from a chronic diet of cannoli and gelatos. His similarly soft chin is smooth as a baby’s bottom and just as likely to spew filth. When not pursed around a Newport cigarette or revealing a smile of narrow teeth wet with saliva, his hairless lips are sealed, causing his nose to noisily flare. His sangria, menthol, and cough-drop scented breath hangs around him like the vapors of a poisonous flower, sweet and sickening. His low brow resembles a crudely drawn line that shadows a cross-eyed sociopathic gaze devoid of sentiment or moral conscience. When practicing his ‘art’, Eddie Sistine wears industrial fishery gloves and aprons, throwaway undershirts, and forensic shoe covers, while armed with an arsenal of pliers, shears, blowtorches, and cordless drills. Otherwise, he wears a slick-brown jacket allegedly made of eel leather; it gleams like wet pavement—or perhaps just cheap pleather. In true Cosa Nostra fashion, he pairs this jacket with half-unbuttoned silk shirts, but his peach fuzz chest-hair and gold chain are pitifully thin, almost effeminate.

The proud great-great grandson of Antonio Bagnetto, one of the victims of the 1891 Italian lynchings, Ettore “Eddie Sistine” Bagnetto grew up in the French Quarter’s “Little Palmero,” the bastard son of goodfella Jackie “Jackpot” Bagnetto and his favorite Sicilian blonde prostitute, Angela Esposito. Between bedpost rattling visits from his father, Eddie was raised on his mother’s milk and her bedtime stories about the Hennessy lynchings, turf wars with the Provenzanos, and Prohibition bootlegging. When Angela ‘entertained’ other clients, Eddie learned to hide under the bed and be utterly silent and still. Later, when his age and size prohibited such behavior, Eddie was forced to run the streets, where he quickly joined a pack of other gangster brats, engaging in petty crimes and street-scuffles.

During one of these delinquent escapades, the 11-year-old Eddie was arrested while trying to rob a liquor store. Fortunately for Eddie, the beat cop who busted the preteen was on the Mafia’s tab, and when he heard who Eddie’s father was, he turned him over to Jackie. Initially annoyed, if not enraged, Jackie eventually calmed down and decided to take Eddie under his wing (though not before beating the snot out of his bastard son). Thus began Eddie’s true education, assisting Jackie, their capo, and indirectly, then-Godfather Carlos Marcello. In the course of this apprenticeship, Eddie learned the wise-guy tradecraft of racketeering, fencing, extortion, jack-rolling witnesses, legbreaking for shylocks, and supervising the Black Hand’s growing gambling empire. In the course of such training, Eddie spent ‘sabbaticals’ in St. Louis, Kansas City, Vegas, and Miami assisting allied crime families. After returning to New Orleans and keeping his lips shut during a five-year stint in Angola for trumped-up possession charges (which the ADA tried to use to turn Eddie against then-underboss Joseph Marcello, Jr.), Eddie officially earned his ‘button’, becoming a made man, or uomo d’onore.

A few months later, Eddie would get his revenge on the ADA by giving cement shoes and swimming lessons to the man’s grandmother and beloved poodle. Despite being arrested for the ‘double homicide’, Eddie (or more properly his ‘Family’) beat all charges save possessing a firearm as a felon. After another two years at the Farm, Eddie got off early on on good behavior (i.e., the mob strong-armed the parole committee). A year later, Eddie was ‘made’ a second time by Chiafreddo “Catfish Freddy” Putanesca. In need of an obedient, experienced lackey for the diurnal management of Don Vico’s Teamsters and Acme Truck Line (and their related smuggling operations), Freddy ghouled Eddie. The long-time mafioso proved a reliable enough servant, but what surprised many, including his domitor and himself, was the ‘artistic renaissance’ that the Giovannini vitae seemed to awaken in the ghoul.

After being tasked to rough up the spouse of a DEA witness, Eddie displayed a hitherto-unseen talent. He took before and after pictures, and the results were horrifyingly effective. It did not take long before the rest of the Family noticed this burgeoning talent—and began to ruthlessly exploit it. Neither the first nor last of these critics was Don Vico. Unlike many of the others, however, Vico appreciated not only the practical merits of Eddie’s ‘art’, but also its macabre aesthetics. So enthralled, Vico informed his childe that he would be the ghoul’s new and permanent domitor. A yes-man as well as a wise guy, Eddie accepted the switch without complaint or comment, particularly since Vico’s patronage has allowed Eddie “Sistine” to pursue his artistic passions full-time, as the don supplies a steady stream of commissions, both personal and professional.

When not so occupied, Eddie spends his time carousing with his fellow goodfellas, blowing money at the race track, cruising water-lined highways in his ’77 Lincoln Continental (plenty of trunk space, capiche?), and picking up French Quarter prostitutes. 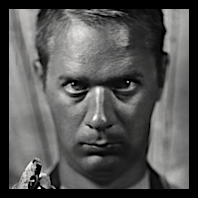