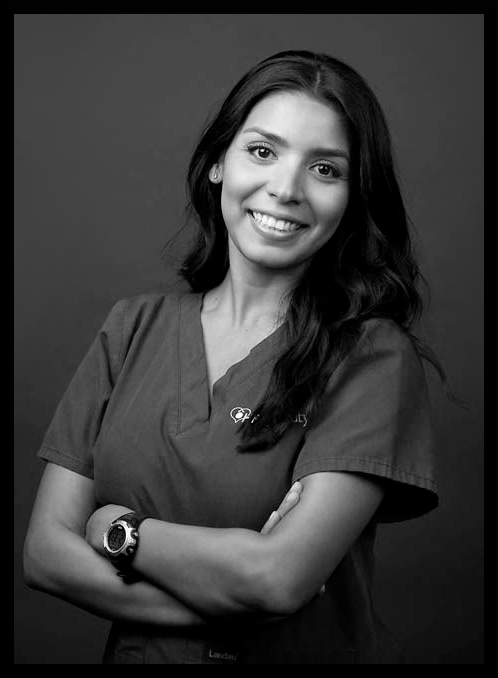 Emily is a moderately tall twenty-something woman with tan skin, slightly slanted eyes, and indeterminate racial features. She’s not certain exactly what ancestry she is, beyond mixed: she knows she’s part white and Hispanic on her mom’s side, and part Native American, South Asian, or Middle Eastern (maybe some of several) on her dad’s side. She can pass for white at a casual glance, though some people start to wonder “what exactly she is” or “where she’s from” after a close enough look.

She’s not a fitness freak, but she recognizes the importance of a healthy lifestyle and works out more days than not. She used to have perennial bags under her eyes and believed she was well on her way to early wrinkles and gray hair, thanks to recurrent stress during her college years, but frequent spa visits have erased all evidence of that: even she is sometimes surprised by how little remains.

Emily’s biggest pride is her hair. It’s glossy, black, and falls all the way to her mid-back. She’s not modest about the fact that she considers it pretty. As she remarks, “It had fucking better be, with how much effort taking care of it is.” She’s been tempted to cut it much shorter several times, but always refrains. Complimenting her hair is a sure way to get on her good side.

Emily dressed affordably for years. She still retains the habit and prefers secondhand clothes bought from thrift stores: they look just as nice, if you ask her, and stop the textiles from filling landfills. She usually wears jeans, t-shirts, and tennis shoes, though she’s also started wearing yoga pants as a result of her part-time work at Flawless (where yoga pants are all but uniform among the girls). She enjoys the occasional pretty dress, but most of her daily wear is practical, and rarely includes skirts or dresses. “Long hair is how I show off my girly side.” Her single pair of heels likewise only comes on for special dates. Most of her shoes are sturdy flats with thick soles to ease the expected long hours on her feet as a future doctor. She generally doesn’t care for boots. The one area where she makes an exception to her usual thriftiness is hair products. She splurges on those with $50 a bottle shampoo and jokingly describes it as “my personal crack habit.”

One day Emily will be a doctor. One day.

Emily’s father was a stranger who walked out on his family before his daughter was born. Her mother was a waitress who tried to make ends meet, but often seemed more interested in partying and getting high than taking care of her child. Emily remembers a steadily rotating stream of boyfriends and shithole apartments punctuated by going to bed on Pop-Tarts and cereal during evenings when her mom was too tired or strung out to cook.

A DUI by Emily’s mother while her daughter was still in the car finally landed the 11-year-old into the foster care system. She bounced from home to home throughout her teenage years. Some were better than others, but none were permanent. Few families seemed interested in adopting an adolescent girl of indeterminate ethnicity over a white baby. Emily flunked more than one middle school class, but adults seemed uninterested in going through the hassle of making her repeat a grade and shuffled her on through. She sometimes hoped her mom would try to regain custody of her, but the woman never reappeared.

By what Emily describes as “pure luck of the draw,” most of her foster homes in high school were better ones. She studied hard, got good grades, and did lots of volunteer work: she knew she didn’t want to turn out like her mother and education seemed like the best path by which to avoid that. By the time she aged out of the foster system, she was on her own and penniless, but her hard work earned her a scholarship to Tulane University. She didn’t have anything tying her to El Paso and moved to New Orleans with the dream of becoming a doctor.

As of 2009, Emily is attending school full-time and working on a premed degree with a focus in kinesiology. She’s also juggling two jobs, both as a waitress, to pay for living and academic expenses not covered by her scholarship. She studies hard, but it’s not easy to balance with work when she feels like she has no time to relax: every week is a revolving door of school, work, school, work.

Even still, she might be able to soldier through that if she weren’t getting sick all the time. She always feels low on energy and keeps falling asleep during class. It’s never helpful to tick off your professors, but it’s worse when your grades are slipping too. Emily feels like she’s sinking down a hole, sometimes, with no way back up. That years-away dream of becoming a doctor looks more distant every day.

Celia met Emily in 2009 during her freshman year at Tulane, where the two were roommates. Emily invited Celia to her first college party and introduced her to Stephen Garrison. She was often out of the dorm due to her demanding work schedule, but she was there when Celia came home from the altercation with her father, Maxen, that ended in a broken arm. Emily called Diana for a ride to the hospital and supported her statements when the two met Detective Peter Lebeaux, then drove Celia back to Maxen’s house to retrieve her things after her father had been arrested. On their way back to the dorm they ran into Caroline Malveaux-Devillers, who was quick to diffuse the situation when Emily dropped the purse containing Celia’s stolen gun.

A few nights later Emily hit her all-time low and drunk texted Celia about failing out of college, citing her increasing ill health and the fact she bombed an exam after pulling an all-nighter to be with Celia at the ER. Celia showed up with Stephen to help nurse the co-ed back to health, then passed a very drunk Emily off to Emmett’s care while she went to deal with the situation at her mother’s house. Emily was present in the hospital with Diana following Celia’s Embrace and tagged along when Lebeaux and Celia moved Diana to a safe house. She traded her blood to Doc Xola as the first part of a payment plan for his work on Diana’s missing toes and offered up her scholarship when it looked like Celia might not help her mom. During a later conversation she accepted Celia’s help to get through undergrad and was officially welcomed to the Flores family by Diana in a tearful exchange. Since then, life has been looking up for Emily.

As of 2016, Emily is in her last year of med school and has a part-time job as a massage therapist at Flawless with Celia. She lives with her adoptive mother Diana and is helping her to raise Celia’s daughter Lucy (the 19-year-old Celia was unable to raise Lucy herself), something the otherwise single grandmother greatly appreciates. Lucy refers to Emily as one of her three mothers. She has also been in a relationship with Robert “Robby” Grant, a corporate accountant and HEMA enthusiast, for several years now.

She was present for a family dinner with Robby where Celia showed up rolling on ecstasy after an ill-fated hunting trip by her ghoul, Randy, and endured Celia’s clumsy (and hilarious) attempted seduction before finally putting her foot down. The two later made up via text and discussed their plans to set up Diana so she could finally have a man in her life. Days later, Emily confessed to Celia that she stabbed Maxen Flores when she found him in bed with Diana.

“Pieces of shit can’t be full of anything except more shit.”
—Emily Rosure on Maxen Flores

“Family isn’t who you’re born to. It’s more than whose womb you come from and who sat at the dinner table with you growing up. Family is love and commitment. It is choice. A choice you make over and over again. Family is who you choose. And this is who I choose.”
—Celia Flores

“I told Mom and I think she told Emily, cause she gave me a total earful.”
“Anything worth repeating?”
“I hung up. Not to be sexist or anything, but… women can be nags in a way guys just can’t, you know?”
—Logan Flores to Celia Flores 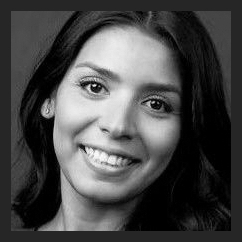