“Nothing has such power to broaden the mind as the ability to investigate systematically and truly all that comes under thy observation in life.”
Marcus Aurelius
“Do you ever think about anything other than your fucking self!? No, fuck you and your fucking ‘conscience’ shit. This is it. It’s always about you. About what you want. About what you have to do. You know what you need to do, Emil? You need to stay away. Stay the fuck out of her life. Stay the fuck out of my life. I hope your fucking conscience is ‘clean’ when our daughter can’t show her face at school. You know what, no. My daughter. You don’t get to claim her anymore. It’s not as though you’ve ever done anything for her anyway. You might as well be a sperm donor."
Stephanie Hall 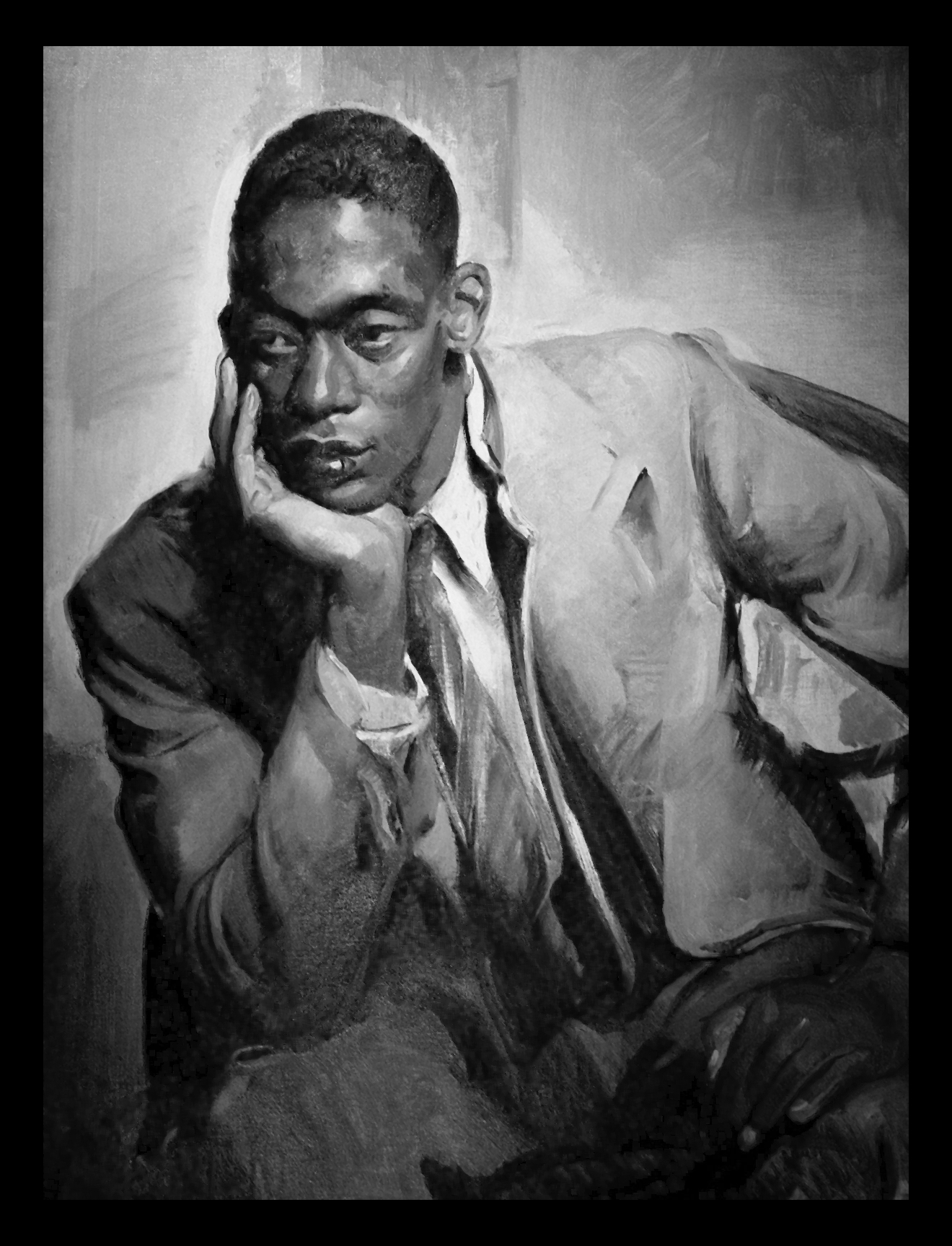 Emil prides himself on his ability to project a sense of professionalism and intimidating power in his dress. Emil wears what appears to be the same outfit every single day: a starched white shirt, black lounge suit, and cut to regulation haircut. Emil Kane maintains this aesthetic with great care. His dark, curly hair is meticulously cut short and his smooth suit fits to his body like a second skin. Emil is not a man to wear his heart out on his standard issue jacket sleeves. On the job, the only expression which manages to escape across the powder blue barrier of his NOPD uniform and metal badge is an intense aura of authority which is only exacerbated by the shadowed, mahogany contours of his face. His devout professionalism would allow nothing less.

Despite this tendency of his, it is clear to anyone who knows him personally that in his pursuit for professionalism, Emil has fallen into a habit of repressive stiffness. His long arms tend to stay close to his body, sometimes bent and other times not, but always set in place like a mannequin’s plastic limbs. This stiffness extends also to his voice, one of the very few things which betray the genuine passion and emotional intensity which lies at Emil’s core. As a result of this stiffness, his words, no matter how genuine, contain a certain coldness which sows seeds of doubt as to the NOPD beat cop’s sincerity.

In addition, there’s always a little more than a hint of worry folded into Emil’s scrunched brow. Even speaking on recreational terms, when he is not daydreaming or enveloped in a good book or movie, his mind is occupied with the uncomfortable tension of a halfway pulled bowstring. Most folks just don’t know how to jive well with him. Though those who hear in his voice the care he has for people, those who can look past the cold stare of his brown eyes and feel the warmth of his soul, those folks know there’s more to Emil than meets the eye.

• What is the worst thing Emil has ever done? Four years after Emil arrived in LA he was 15, a sophomore in high school. and despite being a remarkably smart kid, his head was always in the clouds, imagining worlds much more interesting than the depressing tedium of the real one. As side effect of his wandering mind, his social sense wasn’t very developed and neither were his decision making skills. Despite his poor social ability he was able to have a drunken hook up with a certain Stephanie Hall, a classmate of his. But due to his aforementioned poor decision making skill, this one time hookup got Stephanie pregnant. It took some time for Stephanie to realize this, and she wasn’t exactly sure who the father was. With Emil adamant that it couldn’t have been him and generally avoiding Hall for some time, he avoided the responsibility. Hall went through with the pregnancy, and her and Emil’s daughter Sadie was born. Despite the clear moral fault of Emil’s actions, he justified them to himself through his career prospects and his need to focus on college, not taking care of a kid. When Sadie was five years old, Emil was nineteen and in college. Reeling from his father’s recent death, Emil reassessed the mistakes of his life, admitted the truth to Stephanie, and has been paying child support ever since. Naturally, his interactions with Stephanie are at best strained and generally rare and his relationship with Sadie is extremely limited.

• What is the worst thing Emil can imagine him/herself doing? Hurting the ones he cares for in order to find out the Truth of the world. Emil knows he is capable of blindsiding himself to the damage he might cause his family when he feels he’s on the precipice of discovering something or taking a big step towards his ideal self. Just in starting his career he’s lost the chance to raise his daughter. In addition, due to his obsession with the mystique of what hidden truths might be inside the letter his father gave to him, he lost the chance to speak to his father before he died. He can’t stand the thought of what harm he might do if he could truly peel behind the curtain of the world. He would never sacrifice his daughter, never. But maybe, just maybe. If someone had to die or get hurt in order for Emil to stare beyond this plane of existence, that might just happen. It’s horrible to say it, but which is more important? A quickly ending life or an eternal truth? Of course he would never do something like that for real though…probably.

• What is the worst thing Emil can imagine someone else doing? Naturally, Emil generally abhors the things most people do: murder, rape, etc., however as an officer of the law, he can and has brought the offenders of these crimes to justice. Contrasting this, when someone is in a position of power above him, they cannot easily be brought to judgement. Therefore the worst thing Emil can imagine someone else doing is abusing ones position as a public servant for personal gain, especially when that abuse ends up hurting others. Emil regards the idea of duty highly, his father’s commitment to duty was part of the reason he idolized him so much. And so, when someone not only breaks his duty, but in breaking it hurts the people he was sworn to help, that is unforgivable.

• What has Emil forgotten? During Emil’s childhood, he would exhibit certain abnormal abilities. He would speak the names of people he hadn’t met, predict when water would begin to boil, and most consequentially, spontaneously blurt out ideas, names, and locations that would be breakthroughs in his father’s criminal investigations. Earl thought he could use his son’s “talents” to get promoted and secure a better life for his family. But Emil never remembered speaking of these things after the fact. Worse, he started falling into fugues and missing pieces of his memory. His father knew this but continued to secretly encourage Emil’s peculiar ability until one day, Emil didn’t come home from school. A two-day search finally found Emil in a barn miles from the city, asleep and covered in chicken blood. That was the straw which broke Emil’s parent’s marriage. The next day, his mother took him away from New Orleans. She didn’t even bring him back for his father’s funeral.

• What is the most traumatic thing that has ever happened to Emil? One night; while searching through the dark web in his regular areas where he has researched the occult and tried various spells which never seemed to work, Emil found a ritual tutorial titled “Try Me,” and attached to it was a drawing of an owl’s head symbol, the same drawing as on his father’s letter. Out of frightened curiosity, he tried it. The next thing he knew, he woke up naked in a bathtub in a motel a mile out from his home. Three days had passed and he tasted the metallic sharpness of blood coating his mouth, someone else’s blood. Had the fugue’s of his childhood returned? Ever since, Emil has feared losing control, both of his memories and his actions. 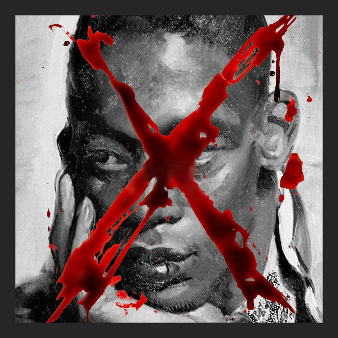