“If you want real control, give up the illusion of control. Let life live you. It does anyway.”
—Byron Katie

“Sex should be a perfect balance of pain and pleasure. Without that symmetry, sex becomes a routine rather than an indulgence.”
—Marquis de Sade 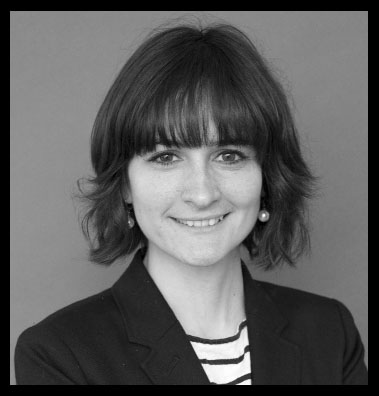 No one would ever call Eileen “beautiful.” They’d say things like “pretty enough” as their eyes slide past where she sits on her barstool to scope out her much more attractive friends. She’s the kind of woman who not only takes photos in full makeup but also makes sure to use a filter whenever she wants to post a picture online, snaps seventeen of them to find the perfect shot and then realizes she has something awkward in the background and has to start all over again.

Mousy, they’d say, with a haircut that’s a few years out of style in a color that was never really fashionable. Blondes just do it better. But her splotchy skin (alcohol or acne or maybe even stress) keeps her from being able to pull off the platinum locks that are all the rage these days, and she likes the way her long bangs hide the slightly too large forehead. Hooded, deep-set eyes peer out from beneath strong brows. Not caramel macchiato or mahogany, but similar in hue to the slightly underbaked center of a fudgy brownie. She has a smattering of freckles across her cheeks and long nose.

Some faces are improved when they smile. Eileen’s isn’t. Or rather, it might be if the smile ever reached her eyes and they crinkled in the corners in genuine warmth, but Eileen doesn’t smile with her eyes. Just her lips, half a quirk, almost crooked, as if she’s not quite sure what to make of the people around her.

Tall and slender, Eileen prefers blazers and collared shirts that broaden her shoulders in neutral colors, and only rarely wears any jewelry beyond a pair of simple earrings.

No, not beautiful. But pretty enough.

It started the first time they told her she needs to find a place to call her own.

A place she can control, when so much of her life is slipping away.

Bullshit, she remembers thinking when the therapist had suggested it, I’m perfectly in control. I can pull the plug at any moment.

But that’s not true, is it? He has a family besides her. A mother, father, siblings. A son. Her son, too, though now she cannot stand to look at him. He is her second child, her first the brain dead thing in the hospital bed with the round the clock care because after the first month she couldn’t bring herself to continue changing his diapers.

He’s not there anymore. The man that he used to be doesn’t exist. He’s a shell, an empty vegetable, a fucking sack of skin and bone and tissue and blood and bullshit, bullshit, BULLSHIT.

He is an anchor around her neck.

He always was, wasn’t he, but before at least she could be honest about it. Now she bottles it up, turning to the pills, the booze, the sex, the anything that will numb the pain and rage and resentment for just one moment, one solitary moment where she doesn’t have to be the girl with the brain dead husband, where she can just be herself.

“Bed sores,” his mother says when she comes by, turning to look at her daughter-in-law with all the withering intensity of a woman who had her child stolen away from her. “You need to change him more.”

“You need to feed him more.”

“You need to rotate his body.”

You do it, she wants to scream at the bitch every time she comes over, you take care of him! I can’t. I can’t anymore.

Not even her therapist knows why. She spends good money on the woman but lies through her teeth, never once touching on the fact that she had been the one to invite the stranger, just a kid, into their bed. Postpartum, she had thought at the time, and had drowned her disappointments with the boy ten years her junior.

No strings, they said.

No strings except for the ones he pulled to get her talking, sliding his hand so far up her cunt that his fingers reached her mouth and she spilled every secret he ever asked for. She was his puppet.

She let him use her just as much as she used him, and it ended in this.

Not even the leafy, green, “good for you” kind, but the “I hate you but the world will hate me if I pull the plug” kind. There was that guy a few years ago who had done the same. Made the news, didn’t it? He’d pulled the plug on his brain dead wife and all the world talked about what an asshole he was and how could he take that little girl away from her parents. He remarried. She was in a coma, non-responsive, for years.

But fuck him, right?

Fuck him and the misery he went through.

Fuck him and the shame and rage and helplessness he felt every day wondering if his wife would wake up.

Fuck him and the crippling medical debt that he’ll never pay off.

It’s not an easy decision.

She had a cousin once, younger than her, real bad autism. It’s a spectrum kind of thing, you know, but he was on the end of it where at age 22 he still wasn’t talking, still had the body of a seven-year-old, still wore a diaper. Brother in college and he’s still at home with his mom, but fuck her too for wanting to put him in a nursing home because her husband was killed and she had to raise three boys on her own and she just couldn’t take it anymore.

It’s not an easy decision.

And now that she’s been on this side of it she’ll never judge the woman who has an abortion when she finds out her baby has Down Syndrome. She’ll never judge the breeder that puts down the dog because it’s blind and deaf. She’ll never judge the family that says goodbye to their ailing grandmother because she no longer knows who they are when they come to visit. Just like she doesn’t judge the people she meets at the bars who numb their sorrows in cheap beer and cheaper whiskey and enough shots of tequila that her head pounds for days.

Anything to kill the pain, right?

Anything to make it easier.

No, not even easier, to make it bearable.

That’s all she wants. For life to be bearable again.

Maybe that’s how they find her. One too many trips to the sleazy bars on the edge of the Quarter. One too many long glances at the girl who was sitting with the boy, the one with the collar and the leash, the leather thigh-high stilettos. He ate what she gave him. He did what she told him. He spoke when she said to.

“Complete loss of control,” the girl said to her later when she ended up their booth, drink in hand. “You surrender yourself to someone. They make the rules. You obey. You trust.”

The girl had smiled at her, asked if she wanted to find out more, and gave her a card with the name “Chakras” written on it.

Easiest decision she’s ever made.

Eileen found what she was looking for at Chakras. She didn’t know quite what it was she wanted when she stepped into the pleasure house, but when that same beautiful woman approached and asked her if she wanted to play and experience the loss of control she was hooked. She let them tie her down. She let them use her. She let them play games with her: how loud can she scream, how much does she bleed, how close can she get to the edge before she taps out. They turned her into a toy and she turned her brain off, riding the thin line between excruciating and exquisite.

After one session she was hooked.

After the third she swore she’d give up everything else so long as she could keep coming back.

And she did. She gave up her “woe is me” attitude. She gave up her “I hate my mother-in-law” mentality. She gave up the tightly coiled control that kept her teeth on edge and her brain pounding. She found someone to sue for the state of her husband and used the legal team provided by one of the men at the club to rake in the cash. She set her husband up in a nursing home. She found full time child care for her son.

She went back to work. Not in the subservient role she’d once been, but stepping into the role of investor that her husband had once so desperately tried to succeed at. And where he had failed she thrived. How could she not, with such generous new friends to show her the way?

Emmett Delacroix ran into Eileen the morning following his resurrection and Embrace when he accompanied Sami Watts to Chakras. She was one of a handful of kine chained and riding the edge between pleasure and pain. Emmett recognized her immediately as the woman whose life he ruined when he stole everything from her husband; with his sire’s permission he practiced his newfound abilities on her and decided to take her for his own. She was on the back of the motorcycle he planned to ride out of the city after turning down his sire’s offer to stay in New Orleans so he could “figure himself out and see what the rest of the world has to offer.” He put her up in his old apartment when he walked into the sun. 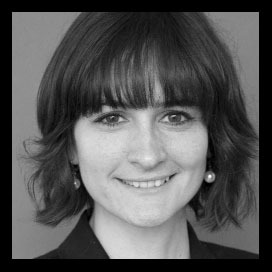