“I had need of a man who could do uncivilized things.”
Jonathan North
“Any thug can be a killer. I wanted one with the soul of an artist.”
Jessica Morrow 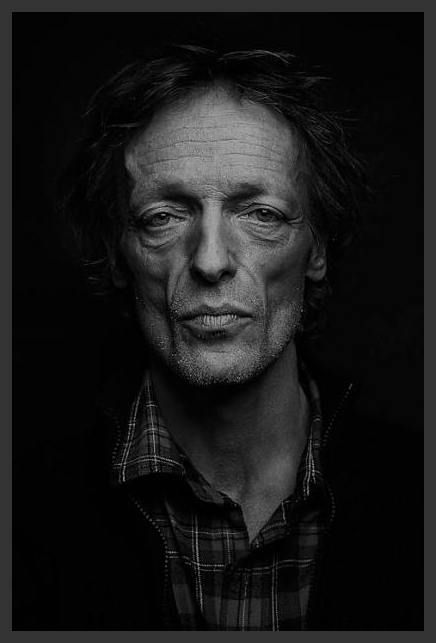 The smell of tobacco lingers around Carol like its seeped into his bones. While he doesn’t smoke around his domitor (the only time he doesn’t), he’s almost always found with a dip in. On more than one occasion he’s been known to make good use of it, spitting globs of brown-stained tobacco slobber on people who didn’t irritate him quite enough to be worth a bullet: more than one neonate has caught a face full of it. He dresses in jeans, denim button-down shirts, boots, and a cowboy hat, typically adding a revolver on either hip, and moves with the swagger and confidence of a man who fears nothing, who’s bested other men for a century, and knows he will for another.

Edward Carol in his prime was an infamous outlaw and killer in the Old West who reportedly shot more than a dozen men in gunfights. More than a simple hired gun, he ran several gangs of fellow outlaws in robberies that were as daring as they were bloody. He once infamously sawed off a bank teller’s nose and ears with a bowie knife to compel his manager to open a safe. He staged three raids on trains.

As he entered his 30s, his reputation was such that only the most aggressive lawmen would risk confrontation with him. He commanded the loyalty and respect of a group of hardened killers of his own. He seemed destined to write his name into the history of the West and to go out in a blaze of glory.

Rather than meet his end in a gunfight, his end sought him out. Decades of smoking took their toll. Lung cancer ravaged his body. Fleeing east in search of medical treatment, he was lured in by an old associate, a former member of his gang who promised a ‘miracle cure’ in D.C. By the time he arrived, he was a wasted shell of his old self, his body consuming itself from the inside.

The miracle proved to be the blood of then-neonate Tremere Jonathan North. Ghouled by the surgeon during his time in Washington D.C. to provide protection to his growing mortal assets, Edward later followed the Tremere on the dangerous journey to New Orleans where he acquitted himself well and remained in Jonathan’s service thereafter. Working primarily during the day to maintain the neonate’s web of influence, the gunslinger found much to his liking in the city: the gambling, the whoring, the drinking, and the killing. He continued to serve as a daylight enforcer and occasional moonlight killer, even following his domitor to Europe where he (begrudgingly) learned (broken) German. His use increasingly diminished, however, as Jonathan added Konrad Sommer and later Morgan Sr. to his array of ghouls—both more honed and accurate tools in the kit wielded by the steadily more precise Tremere. Carol was a hacksaw for a master that increasingly wielded a scalpel.

By the 1970s, Carol was increasingly in need a purpose: a ghoul made terrifying in the blood by years of service and still phenomenally skilled with a gun, but lacking in clear use for Archon North due to his myriad flaws. He was an alcoholic, vulgar, proud, still wracked with a bloody cough, and a man staggeringly out of touch with an increasingly modern world. He was the product of a different time. The surgeon, at a loss for what to do with him, even considered allowing him to simply die off.

Salvation for the old man came in the form of one of then-Archon North’s fellow archons. Jessica Morrow took a liking to old-time gunslinger and believed she could use her not-inconsiderable skills to ‘reform’ him and use his talents to fill a recently created hole in her own stable of ghouls: that of a terrifying enforcer. Exactly what manner of deal was struck is a mystery to Carol, but he found his service summarily terminated with Archon North and begun with Archon Morrow.

Morrow immediately set to work reshaping Carol into her kind of weapon. She sought to refurbish rather than reforge, to maintain his unique charm and razor edge while finding a use for him. Many underestimated her given the softer, more gentle edge with which she presented herself compared to many of her fellow archons. A brutal, rough, dangerous killer in her shadow, a man perceived as unpredictable, did much to alleviate the problems her perception created—so long as he was properly controlled.

Decades later, Carol remains flawed despite all of Morrow’s work to ‘correct’ him. He’s proud, quick to anger, and shockingly violent when roused, whether armed or unarmed. He’s old-fashioned and poorly adjusted to the increasingly digital world: he can barely manage a rotary phone, much less a cellphone. He doesn’t play well with his domitor’s other ghouls—man of possessive passion that he is. More than one fellow ghoul has been beaten bloody and worse by his jealous rage.

For all that, his skill and the style with which he conducts himself are both matters that concern the New York harpy than his many flaws. Very few can boast an actual honest-to-god ‘gunslinger’ in their service, and Carol cuts a dashing figure through Elysium with his wide-brimmed hat and revolvers on either hip. What’s more, Morrow has found ample ways to leverage his proclivity towards violence to her own ends: more than one uppity neonate or irritating ghoul has gone home with bits of them cut off as a lesson. Few presume to take a bite out of her slice of the Big Apple when they know Carol will come knocking—and he will take a piece for himself in return.

Carol, for his part, is well aware of the role he plays, and he does so with relish. He leads a band of kine enforcers against mortal foes and is more than happy to personally bring the fight to other ghouls. Even among kine on the street, his reputation precedes him as a man of both shocking violence and resilience. More than one attempt has been made on his life. The ghoul wades through would-be legend-killers who have sought his demise through all manner of means, from drive-bys to poison. More than one would-be assassin has found Carol plenty deadly even without his guns, and he is all but an artist with a knife.

When not leading his merry band of killers or by his domitor’s side, Carol fills his days and nights with whores, whiskey, and cards. He considers himself a connoisseur of all three. He spends lavishly on both street whores and escorts, and in various bars in his domitor’s domain. For a man who murdered many men for money, Carol seems to care little for hoarding it. 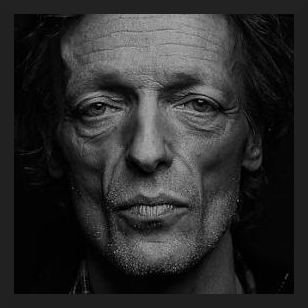