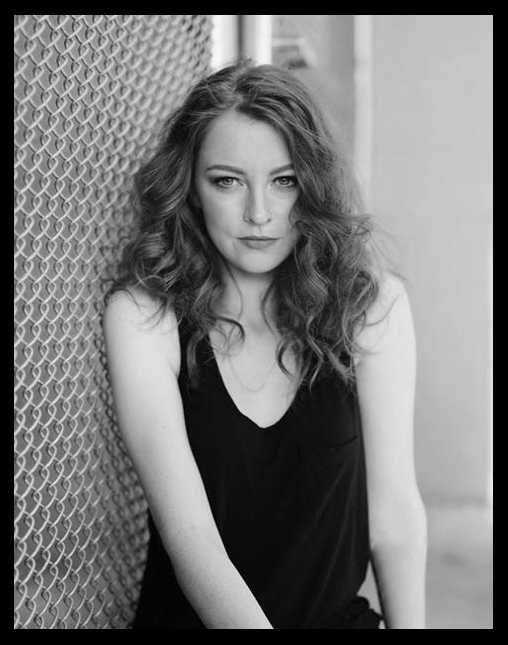 The ’50s was the era of the ideal woman: the type of gal to make herself pretty for her man, give him the kiddies he wanted, keep a clean home. Edith was no stranger to this. She took care with her appearance. Hats to keep the sun out of her face, seaweed baths and paraffin wraps at the local spa, pink and white nails. Hair perfectly coiffed. It’s the kind of thing that has spilled over into her Embrace. She still uses that old Estee Lauder brown pencil liner on her eyes, still artificially colors her cheeks with “blusher,” still coats the mascara on her lashes. Heard she was born blonde but her hair was colored red when she died, so that’s what she sticks to, long and curly down her back. Still favors those retro dresses, too.

Edith has a handsome face. The jaw is a little too wide to be considered “delicate,” but she wears it well and her eyes make up for any supposed defect. The backs of her arms had gone a little fleshy by the time she was Embraced, suggesting a life of indulgence, but otherwise she’s rather trim.

Bit of a sad story, kid.

But Edith, see… she was comin’ into womanhood in the 50s, back when all a lady was supposed to do was make babies and dinner. Had herself a cute little family before everything went to shit. White picket fence, little blonde boy that looked just like them, matchin’ placemats at the dinner table. Then her husband got in deep with the wrong sort. You know the type. Owed ‘em money. A lot of money. Money his paychecks couldn’t cover. Heard it was gamblin’—it’s always gamblin’—but it’s a moot point now. Edith had to pick up reception job. Real cruel boss, but it paid off the guys her husband owed before they took off more than a finger after just a few months. Good money.

Edith thought it’d be fine if she quit.

Didn’t give notice. Not enough, anyway.

Boss didn’t like that. Didn’t like that one bit. Sent some thugs to rough up her family for the insult. Had to be more to the story than that—who gets so mad over some quitting, ya know?—but Edith ain’t talking. Don’t know if he told the guys to kill ‘em or what, but when Edith got home she found her baby boy dead in the bathtub and her husband laid out on the bed. Grisly scene. Looked like, ah… that painter guy, the famous one? You know who I mean.

Anyway, Miss Edith was carryin’ another child, see, and the sight of all that horror meant her stomach twisted somethin’ fierce, and all of a sudden she was bleedin’ from between her legs. Miscarried, see. Don’t think she even cleaned herself off ‘fore she started for the bridge. Sun was goin’ down and there’s Miss Edith shamblin’ toward what she thought was salvation.

Blood attracts our kind, see. Like months to a flame. Or, y’know, more accurately: like sharks to blood. One of the locals followed her to the bridge and saw she was about to jump. Stood up on top of the railing and everything, wobblin’ back and forth as it were. Asked her story. Guess they said they couldn’t take the pain away, but offered and alternative to offin’ herself.

‘Course she took it.

Sire taught her how to hunt, how to feed. That told boss was the first one she took out. Heard she hasn’t killed since.

But the years ain’t been kind to Edith. Still wants a baby. She’s got a gaggle of little girls that look just like her. Little stolen things, red hair, freckles. Takes ‘em when they’re babies and lets ‘em grow up a little at a time. Don’t think she feeds on ‘em, but they definitely stay younger a lot longer than they should.

Some people say she went back to get her little boy outta the tub. He was long dead, but I guess she kept him too.

She adopted a girl a while back, Geraldine Maude Danvers. Not so much a rule as it is a kindness not to Embrace the little ones. Someone… didn’t know, didn’t care, who knows. Edith and Geraldine, though, they’re a matched pair now.

She and Geraldine moved into New Orleans from Atlanta a little while ago (some business about the Masquerade and a trail of bodies Geraldine had left behind back in Georgia) and settled into the French Quarter under Lord Savoy. Like most Caitiff, she’s been relegated to the poorer, grimier parts of the Quarter, but she knows it’s only a matter of time before she proves her worth to the lord who runs it so she can enjoy domain of her own.

She needs one, too. Edith keeps a very large stable of ghouls for a Kindred of her limited resources, and the fact she spoils them (and Geraldine) rotten with vitae keeps her constantly on the hunt. The other clanless, thin-bloods, and assorted vagrants crammed into the poor territory she shares don’t like that one bit. Blood is already scarce enough. It may only be a matter of time until they do something about her.

Like all Quarter rats, Edith was called upon to pay her dues in March of 2016 when the Bourbons battled the Hardliners for the Arts District.. She hasn’t been seen since.

• Lily Flannagan (g. late 20th century, Ghoul Status •)
Lily is both the eldest ghoul and the one who has served her domitor the longest. She was a baby when Edith rescued her from “that terribly abusive booze hound” and has known no other life than the one with Edith. She and Cloe are fast friends, though she’s worried that the elder ghoul is going to be damaged beyond repair if her domitor succeeds in letting her age in reverse. It has caused some contention among the two, and Lily has tried to pull what little strings she can reach to keep it from happening. This is a source of some embarrassment for her domitor, and many wonder how long the ghoul will be permitted to stick around.

• Melody Flannagan (g. early 21st century, Ghoul Status •)
Melody had another name at one point, but she couldn’t tell you what it was. Edith named her Melody for the singing she likes to do; the child is always humming a tune, bursting into song in her high soprano, or otherwise letting her voice be heard. She is the “middle child” of the three Flannagan ghouls, both in age and in length of service to her domitor. She says she isn’t afraid of anything, but she still sleeps with a nightlight. Serves as her mistresses’ herald and often disarms people with her charming smile and radiating happiness, though she sometimes mixes up her messages when she tries to deliver them in song form.

• Harper Flannagan (g. early 21st century, Ghoul Status 0)
The newest addition to Edith’s brood, Baby Harper is thought to be somewhere between 12 and 18 months. She appeared in Edith’s arms shortly after Edith came to the city following Katrina, and many think that Harper somehow managed to survive the hurricane that took her “real” parents. Edith calls her miracle baby and has thus far refused to let the ghoul age. Doesn’t seem to do much other than babble.

Jade ran into Edith patrolling the edge of the Quarter while she was on her way out with precious cargo in the trunk of her car. She didn’t stop to chat.

After Celia found Dani Embraced at a nightclub, she offered to take her to meet with a “friend” who knew a decent amount about thin-bloods. As Jade and “Hannah,” the girls visited Edith Flannagan at her home on Rampart Street, cutting through a swath of thin-bloods and other homeless vagrants to get to the door. The three licks discussed the finer points of thin-blood physiology after Jade provided Edith with juice for her rather large brood.

A week later, Edith had a visit from an unknown black couple. They walked in on her letting her daughter, Geraldine, attempt to Embrace her eldest ghoul. The male pulled the thin-blooded child off her victim and the female fed the ghoul a hit to keep her alive, then settled her on the couch. She dismissed the other ghouls when she came back into the room so she and her partner could chat with Edith. The Caitiff begged them not to hurt her baby, said she’d do anything they want, but their chat escalated to a physical brawl when the woman promised no such thing. She and Edith duked it out on the floor while the male took out the ghouls and two dogs that came running to help their domitor after snapping Geraldine’s neck. The black woman staked Edith and the pair took her back to their home out in the suburbs after ensuring no one would remember their presence.

She hasn’t been seen since. 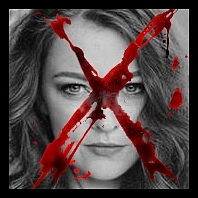