“Oh, I know what you’re thinkin’. You go it so hard, havin’ no sire to show you the ropes. Well, lemme jus’ tell you this, girl. Sometimes havin’ a sire is worse.”
Alexander Wright to Caroline Malveaux-Devillers
Lavine: “You have evil in you.”
Xola: “Look in a mirror sometime, Consul.”
Lavine to Doc Xola 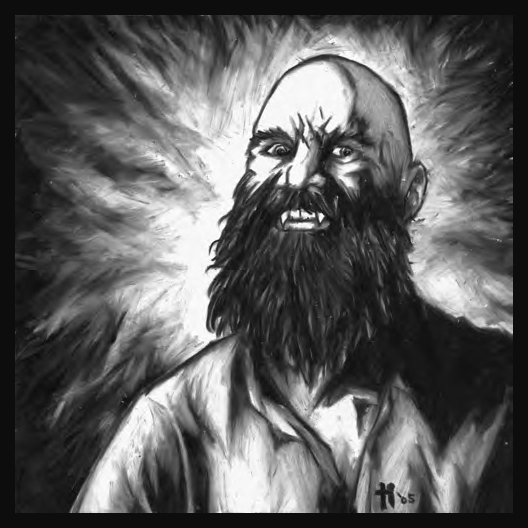 Doc Xola is a stocky mixed-race man built like a wrestler with broad shoulders and a thick, full beard. His facial bones visibly jut against pallid, waxy flesh, and his eyes are deeply sunken in dark-rimmed sockets. Sickly veins bulge against his too-thick muscles. Few humans can meet his gaze without shivering. Although he is actually well over six feet in height, he walks with a slight stoop that makes him appear a bit shorter than he is. When he speaks, which isn’t very often, he does so in an impossibly low voice like the sound of distant thunder.

Every one of the Kindred may be Damned, but Dr. Ephram Xola is truly a monster. He carries the title “doctor” as both a medical and Vodoun title, and is equally skilled in matters anatomical and mystical. Dr. Xola focuses his worship on the Petro loa, a relatively dark and destructive—though not ‘evil’ per se—family of spirits. He is an unpleasant individual to be around, arrogant and bullying, and were it not for the fact that he is a devoted servant of Baron Cimitière, with all the protections that implies, it’s entirely likely Dr. Xola would have been slain by now. As things stand, most younger Kindred (and some elder ones) are terrified of him, and those with the power to actually do something about him are not quite sufficiently pissed off to do so.

In life, the black bokor was ‘Dr. Xola,’ a back-alley surgeon and abortionist at a time when abortion was not a legally or ethically viable option for many. Born the son of a Polish-immigrant father and a native Creole woman, Xola was orphaned at the age of 11 when both of his parents died in a freak accident at his father’s shop. The child was left in the care of his grandmother, who was a local mambo and her neighborhood’s resident ‘medicine woman.’ She cared for him as effortlessly as she cared for the rest of the community; she taught him much about both Vodoun and the interplay between the body and the spirit and how both could be affected by the application of various herbs, procedures, and techniques. When his grandmother passed on, she left her house and everything in it to Xola. He soon set up shop of his own, taking care of those who needed things fixed, and either couldn’t or wouldn’t get them fixed elsewhere.

Unlike his grandmother, however, Xola made sure to charge every person who came through his door, whether in money, favors, or other ways. Eventually, the overall color of his clientele took on a darker hue, and he began having to chase down some of his former patients to make good on their promises to him.

One night, during the height of Mardi Gras in 1953, a pack of Kindred hooligans followed the scent of blood to Xola’s ‘clinic’ and busted in uninvited. When the leader, a Brujah with a bone through his nose, saw what Xola did, he howled in glee and Embraced the startled bokor there and then. Xola expected to die, but he awoke soon after, only to find himself and his clinic entirely unharmed. He never saw his sire again.

Though Doc Xola would perhaps be apprehensive to admit it, the truth is that “the black bokor” is now an essential part of Cimitière’s operation. Xola’s medical procedures, while unsavory, do have the combined effect of turning some much-needed profit for the faction while indebting others to its members. In addition, Xola’s role as the Baron’s “enforcer” is one of the things that keeps direct assaults on the Baron or his people at a bare minimum. Just about every Kindred in New Orleans—even the neonates—know the gruesome and, in all likelihood, protracted fate that awaits them, should they give the hulking Brujah an excuse.

Xola has two driving ambitions: to gain as much comfort and power for himself as he can and to ensure that Baron Cimitière and his faction continue to prosper. Xola has appointed himself “protector” of Cimitière’s faction, and often takes steps against its enemies that he feels the Baron is, perhaps, not able to take himself. At times, Xola’s excesses drive even Cimitière to consider taking steps, but the Baron knows that the young Brujah, however repulsive he may be, is a valuable member of his flock.

The doctor operates a private, back-alley clinic in one of the poorest and most downtrodden neighborhoods in the Ninth Ward. Dr. Xola accepts payment only in cash (or boons, where Kindred are concerned), and he is willing to treat any condition, from STDs to bullet wounds, without asking questions. He is a street surgeon, an unlicensed abortionist, a drug dealer and a bokor. Perhaps most disturbingly, it is from these various roles that he gains most of his sustenance, collecting blood lost from patients during these various procedures. (Other horrified Kindred have actually reported seeing Dr. Xola sucking thoughtfully on an aborted fetus while in deep conversation.) Several of his regular patients, community leaders and criminals alike, are ghouls, fed portions of Xola’s vitae along with other medications. 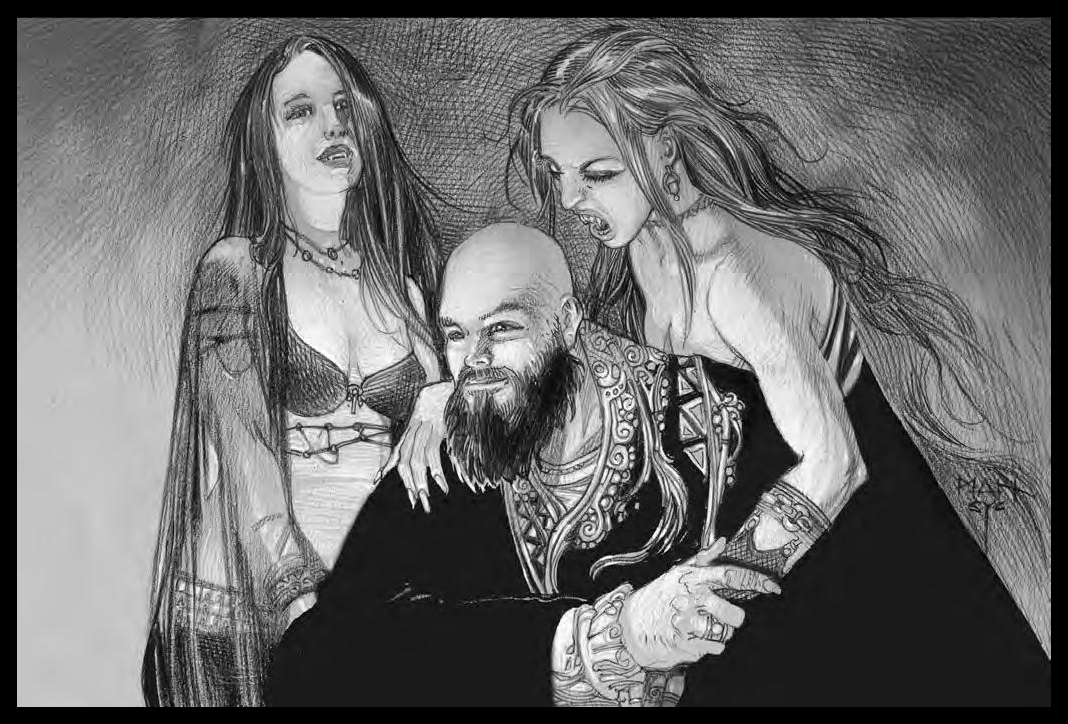 Xola makes his various ‘supplies’ available to other Kindred, so long as they are able to pay. (He does not restrict his business to Cimitière’s followers, though he charges them substantially less.) These “supplies” might include various restricted drugs, which Xola is only too happy to supply. More frequently, however, other Kindred come to him for blood. Xola stores the blood spilt during his operations that he himself does not consume, and he makes it available to others for emergencies. He is, in fact, willing to rent out the cooler in which he keeps this blood as a last-ditch shelter against the rising sun, though the cost is astronomical. Xola keeps the blood sorted, not only by type but also by the age, gender, and creed of the individual from whom he took it, so that he may supply any Kindred who has particularly refined tastes.

Xola stores more than mere blood, however. He has whole bodies, patients who died on the operating table with no friends or relatives to claim them, in cold storage. He has, as well, the ashes and other decomposed remains of dead Kindred, some of whom he himself slew during the course of his duties as Cimitière’s enforcer. He uses these during dark rites that go well beyond Vodoun as mortals (or even, in some cases, Baron Cimitière) practice it—and Xola makes these bodies and ashes available to other blood magicians as well. Finally, Xola offers his medical services to the Kindred as well. Of course, Kindred will eventually heal from almost any injury with the right expenditure of vitae. Should a vampire need a bullet removed before it naturally works its way out or an obvious knife wound stitched shut until they can feed enough to heal it themselves, Xola is the man to see.

Few Kindred come to Dr. Xola for any of these services, for most of them find the hulking Brujah disturbing even by the standards of the Damned. Nevertheless, Xola has an undead clientele large enough that he has developed a small network of favors. None of his customers would sacrifice anything for him, but he can, at least, gather information from across the city at a moment’s notice, information he can then deliver to Baron Cimitière.

As mentioned above, Dr. Xola serves as muscle and enforcer for Baron Cimitière, sometimes at the Baron’s direction, sometimes on the doctor’s own initiative. And the Brujah is certainly equipped to handle the job. He is an enormous man, built like a wrestler, and completely unencumbered by anything resembling scruples. He makes use of his knowledge of Vodoun imagery, Wanga sorcery, anatomical weak spots, and brutal Brujah strength, to terrorize and torment his victims before ending their lives (or unlives). As a warning to others who might move against Cimitière, Xola has even gone after the family and friends of his victims, reveling in the terror he causes and the power he believes it grants him.

This, then, is the force with which Kindred (and mortals) opposed to Baron Cimitière might have to deal with, should they prove themselves a threat to the Samedi elder. Xola may not be one of the older vampires in New Orleans, but he is absolutely merciless and has no qualms about hunting down his enemies and their loved ones one by one until the job is complete.

Perhaps even more disturbing, Kindred allied with Cimitière might find themselves having to work with Dr. Xola. They will have to look deep within themselves, and decide if their goals can really justify them cooperating with someone as horrific and cruel as the undead doctor.

Unknown. Those Kindred who know the story of Xola’s origins suspect his sire belonged to one of the marauding Sabbat packs that show up every year for Mardi Gras.

Alexander Wright was a former gangbanger Doc Xola Embraced for reasons he never saw fit to share with his childe. The “black bokor” subjected Wright to a blood bond and horrendous abuses to break his spirit. Wright eventually escaped with help from the Lancea et Sanctum and now serves as one of the city’s hounds. He remains on poor terms with his sire. 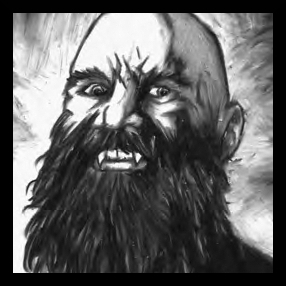