“Dance is the hidden language of the soul.”
—Martha Graham

“People tend to look at dancers like we are these little jewels, little cardboard cut-outs, and yet we have blood and guts and go through hell.”
—Susan Jaffe

“A dancer dies twice—once when they stop dancing, and this first death is the more painful.”
—Martha Graham 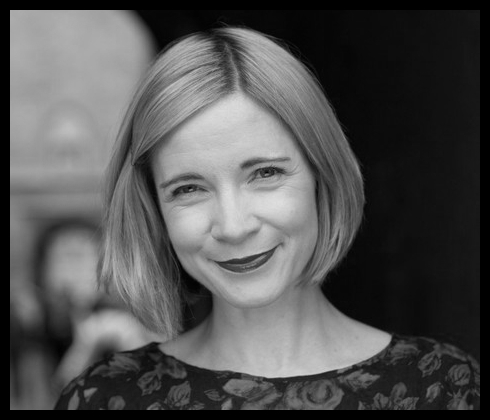 Diana Flores is a 40-something woman who wears her age well, with a toned figure, vibrant complexion, and chin-length sandy blonde hair she keeps in a bob cut. She usually wears retro-themed skirts and dresses (in her words, “pants just don’t agree with me”) in bright but non-primary colors: yellows, peaches, whites, and pinks. She has a particular fondness for floral patterns that reflect her name, cardigans paired with ’60s-style shift dresses, and clothes with flowing hems that make for easy movement.

Ballroom dance is one of the most popular classes at the McGehee School for Girls. It’s one of the few where grading is entirely participation-based in the academically rigorous school, yet few well-heeled parents have any objection to their Southern belles learning how to dance (or just as often, simply getting extra practice). Consequently, Mrs. Flores’ classes are always full of students and can have as many as 20 or more girls instead of a McGehee teacher’s typical 10.

Diana’s background is typical enough for a dance teacher. She was born in 1973 as the middle of three children to a mother who was an assistant district attorney (one of the first female ones in New Orleans) and a father who was a heart surgeon at Charity Hospital. The family was affluent enough to send its daughters to the McGehee School for Girls, the ‘debutante West Point’, where Diana took her first ballet lessons at 6 and fell in love. Her father encouraged her: her mother tolerated her.

High school proved a strained time between Diana and her mother after her father’s premature death. She wanted to dance professionally, while her mother wanted her to pursue a more “serious” profession. The pair’s relationship was further stressed when an unfortunate decision with Diana’s then-boyfriend Maxen Flores led to her getting pregnant during their junior homecoming. She spent the rest of the year in progressively larger clothing, the baby a well-kept secret, until Celia was finally born in mid-July. Diana’s family paid for childcare to allow her to attend her final year of high school, and she married Maxen immediately after graduation.

The children came frequently after that first. Celia was hardly out of diapers before she was joined by a younger sister, Isabel, two years later her brother David, and just one year after that another girl, Sophia. There was a longer wait before Logan was born in ‘97, but he was the last of the Flores brood. Dreams of dancing for the New York City Ballet or the London Royal Ballet were indefinitely postponed. Still, Maxen worked hard to provide for his growing family, and the Flores were able to afford enough childchare that Diana could dance part-time for a local production company.

The family’s fortunes took a turn for the better when Maxen was elected to the state House of Representatives at the young age of 25. Opportunities seemed to come steadily after that, and the Flores were soon able to afford full-time domestic help who freed up more of Diana’s time for dance practice. Their new house even had enough space for her to use one room as a dedicated dance studio. Diana couldn’t have been happier: she’d languished in the corps de ballet for a while, but swiftly moved up to second soloist and then first soloist. She was even able to enroll in Tulane to round out her dancing credentials (directors preferred college graduates for the most coveted roles) and plan for her approaching retirement. She thought she’d teach once she left the stage: she loved kids and teaching dance was a common career choice for former ballerinas.

Retirement came earlier than Diana expected in 2003 when a car accident crushed her right leg and left her in semi-chronic pain. She’d only just made principal dancer, an accomplishment she was very proud of at 30 years old, and it was a bitter pill to swallow after only dancing several pas de deux in front of a full house. She and her husband quietly divorced due to the strain it placed on their marriage. She kept his name, though, claiming to prefer it over Underwood: “It’s a much prettier, less somber name, and I’d had it for almost as long by that point anyway.” To this day, few people in her social circles even know she’s divorced.

For all the unhappiness of those events, though, Diana was still 30: the end of her ballet career was already in sight. She applied for a job at her alma mater, per the original plan, and has worked at McGehee for over a decade now. She teaches a number of dance classes, her favorite of which is ballet and the most popular of which is ballroom dance, which has grown on her since she started offering it. She likes to rib that she has it better than her colleagues, since she doesn’t have to grade tests or homework, and can easily find work during summer months teaching at dance studios. She sometimes also gives private lessons to moneyed families who want more individual attention for their daughter. (She likes to remark she’s open to teaching boys, but has yet to meet a family interested in hiring her for that purpose.) She’s toyed several times with the thought of working for a ballet production company in a managerial role, but finds in the end that she prefers working with kids and “spreadin’ all the fun and joy of dance to more people.”

Amelie Savard had Diana as her dance instructor during her brief time at McGehee. Despite the masculine young woman’s difficulty fitting in among the school, the two got along well, and Diana was one of Amelie’s favorite teachers. Amelie’s aunt Christina Roberts claimed that Diana’s ex-husband regularly “beat her until her eyes were too swollen to see through” and attempted to saw off her leg with a hacksaw in a drunken rage.

Diana visited Emil Kane when he was hospitalized following the events at the LaLaurie House. She found the injured lawman rather stiff and strange, but left him with some tuna sandwiches and apple slices she’d brought for the families of the McGehee students injured that same night.

Diana was happy to serve as smiling, happy housewife to Maxen Flores for the first 13 years of her marriage. That changed in 2003 when her husband took a hacksaw to her leg following an infidelity accusation that sent her to the hospital and ended her ballet career. Celia witnessed the attack, and was later in the hospital with her mother to see the result of Maxen’s abuse. There, Diana confessed that Maxen was not Celia’s father; her real father was Ronnie Landreneau, whom she met at at party when she was 17.

Though she became estranged with the rest of her children, Diana continued a relationship with Celia and helped her raise the money to get into cos school in 2008. She even bought Celia a car once she started her college career at Tulane so that the two could finally visit. Diana later met Stephen Garrison, Celia’s then-boyfriend, and let the pair convince her into filing for bankruptcy to discharge the obscene amount of medical debt she had been under, as well as file a lawsuit against the insurance company. Things were looking up for Diana.

At least until 2009, when Celia decided to go after Maxen and get him arrested. Following that evening, Diana and Emily took Celia to the hospital, where the three of them met and disclosed their statements to Detective Peter Lebeaux. Diana picked up her children from CPS and filed a restraining order against Maxen, which did absolutely nothing when her former husband was released from jail and came to collect his children. He took Diana as well and spent the night raping, beating, and otherwise torturing his ex, and finally tied her to the bed so he could take a hacksaw to her feet to finish the job he had started years ago. Luckily, Celia was in time to save her mother. Her toes were later reattached by the back-alley surgeon Doc Xola, which Diana was unconscious for.

As of 2016, Diana lives a quiet life. Maxen’s rape led to the 2010 birth of another child, Lucy, that Celia claimed as hers to keep out of her father’s clutches. Diana has enjoyed the settlement she received from winning the lawsuit against the insurance company, as well as the added child support that her ex is entitled to pay. She bought a home in the French Quarter and was able to assist Celia with a business loan to launch her spa. Diana still teaches at McGehee and has enjoyed the addition of Emily Rosure to her family as an adoptive daughter. She is a frequent sight at Flawless, where she sees Celia once a week for a variety of treatments. It was during one of these treatments that she told her daughter about her brother Logan’s girl trouble (he’d hit his girlfriend), and offered her some romantic advice.

Twice a week she teaches Simmone Devillers private ballet lessons. The family asked her to teach a class to give Simmone some company her own age, for which Caroline Malveaux-Devillers was present. Diana was distraught when she walked in on Caroline kissing Celia, which led to the Ventrue Dominating her into misremembering her with Autumn instead. After the lesson, a still upset Diana told Celia about nightmares she had been experiencing:

Half of this nightmare has already come true. Diana was used as a lesson to teach Celia about her place in the world when her sire learned that she had been trespassing in the Garden District. The next morning, Diana was sick and reached out for help. It was, unfortunately, her husband that answered the call. In the days since Diana has said that it really wouldn’t be so bad to get back together with him, would it? Neither Celia nor Emily have any intention of letting that happen.

“Blood. Blood everywhere. Blood on my mom. I’d failed. Failed my sire, failed my mom—but no, that can’t be right. It’s my blood spilled across the front of my torn gown, across my mother’s hands as, even now, even after all of that, she sees to her daughter’s wounds first. Stolen from her bed in the middle of the night. Carried across the Quarter. Thrown into the air. And still—still her concern is for her daughter."
“That’s love.”
“That’s love that he will never know.”
“That’s love that no one who has become a monster will ever understand.”
—Celia Flores

“Some people go through hell and come out the other side weaker than they were: brittle and broken, downtrodden. They use it as an excuse to be mean, angry, hostile. Diana went through hell, twice, and came out the other side as a source of light and love and life. Diana is stronger than she has ever given herself credit for. More than any other woman, she is a survivor. If only she would lift her eyes from the ground.”
—Celia Flores

“I’m unsure whether her kindness is just a polite facade, but I hope it runs deeper.”
—Emil Kane

“Your mother is a spineless coward.”
—Payton T. Underwood to Celia Flores 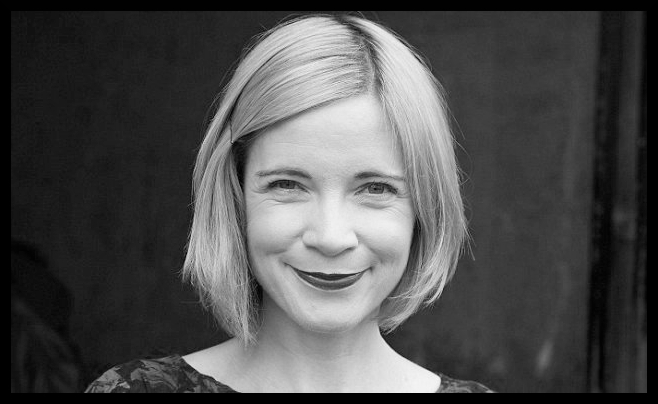 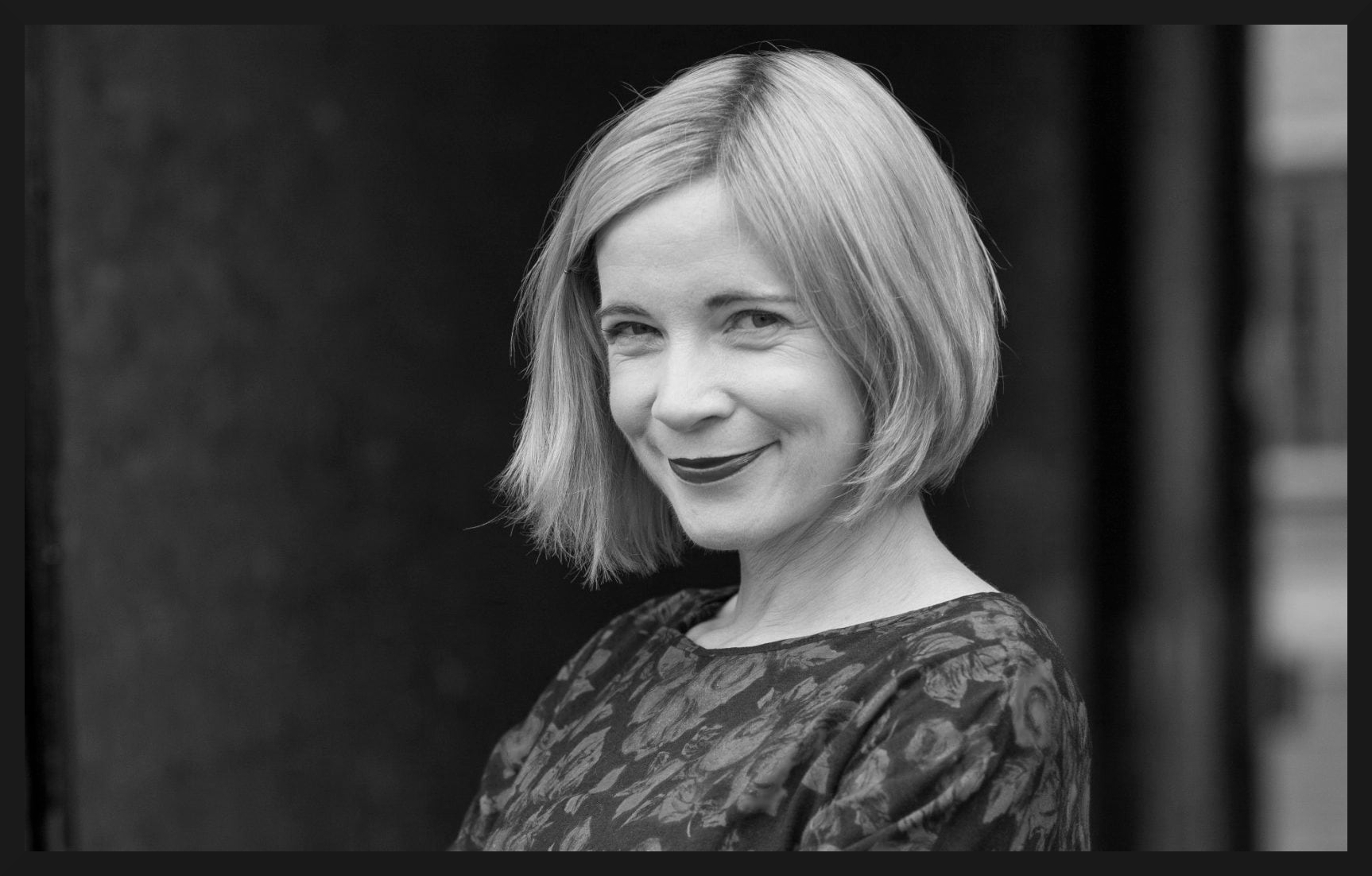 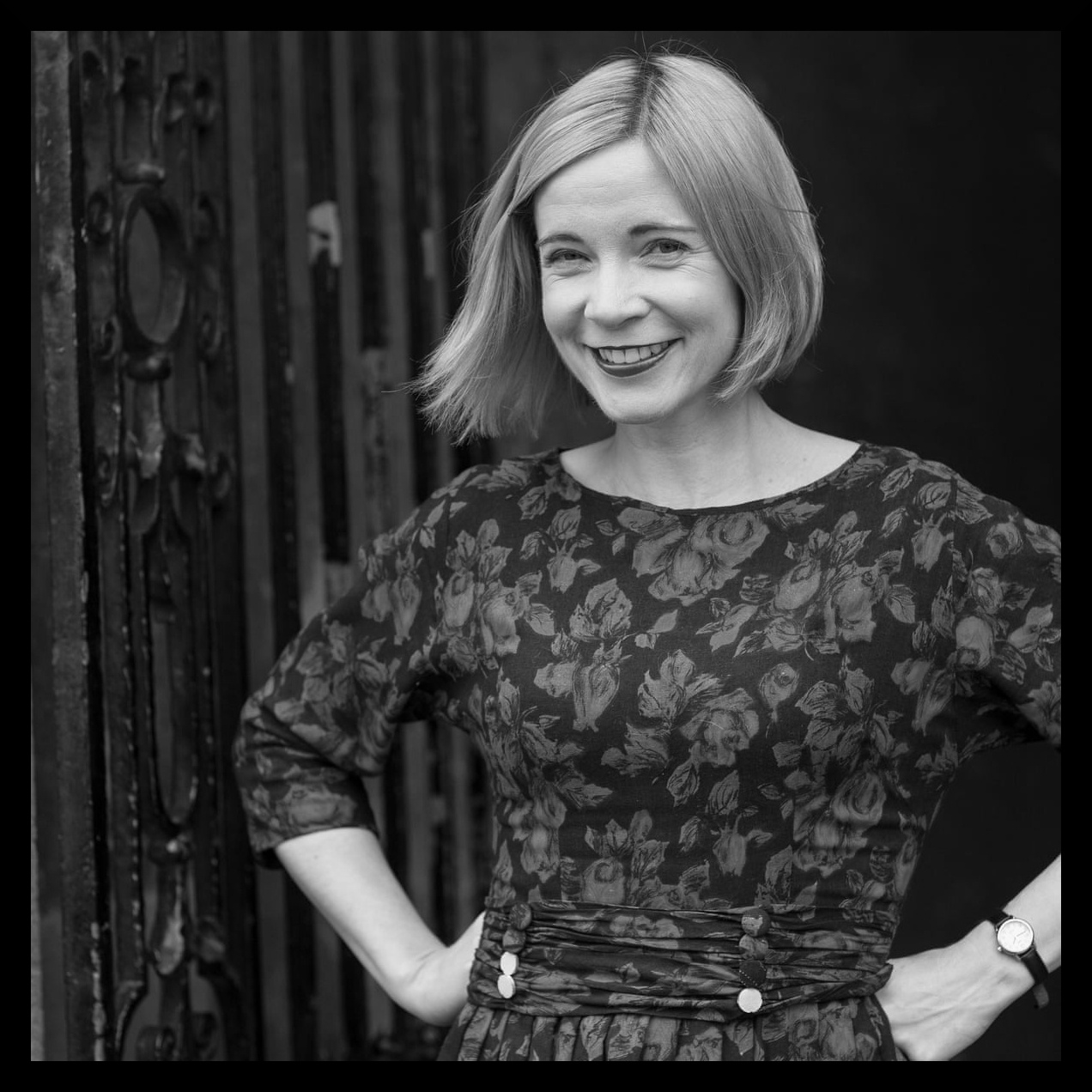 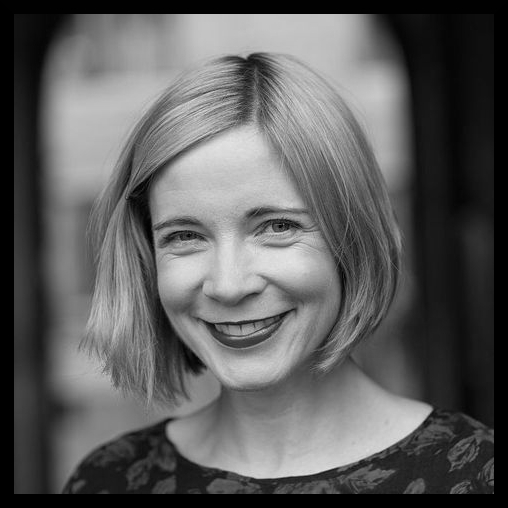 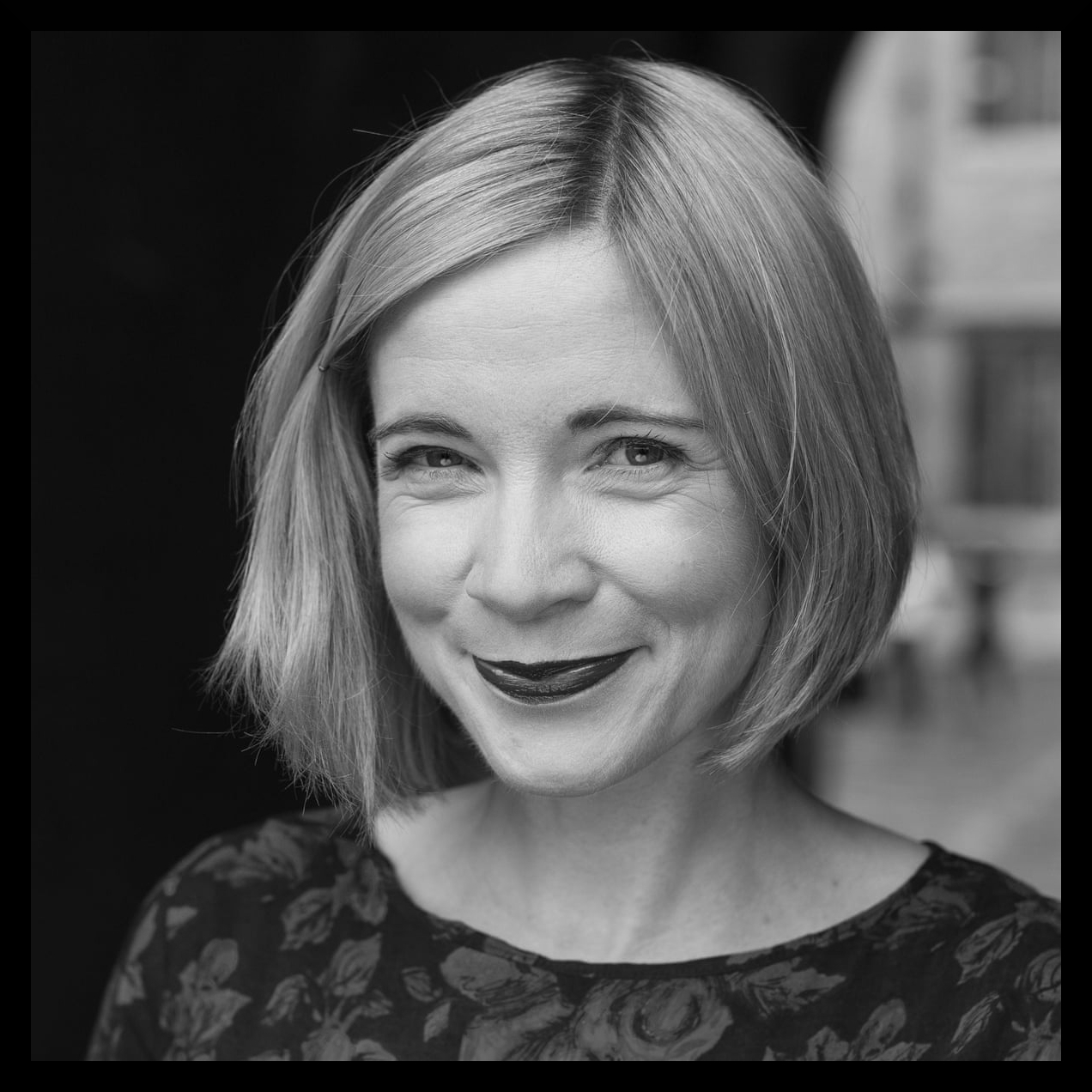 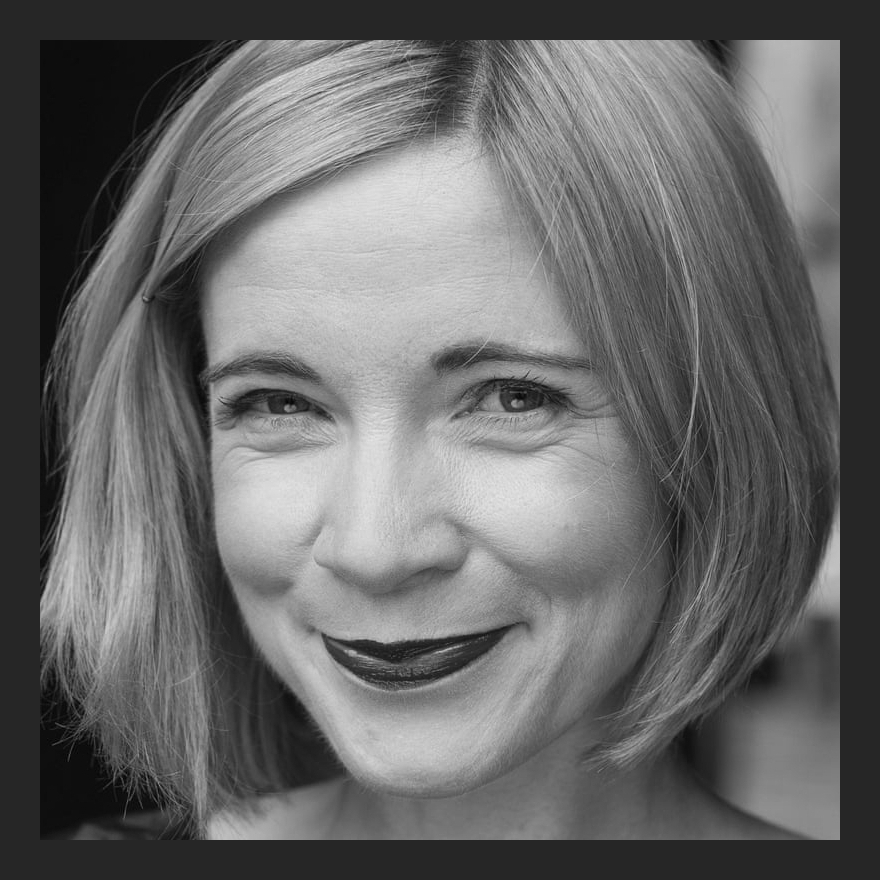