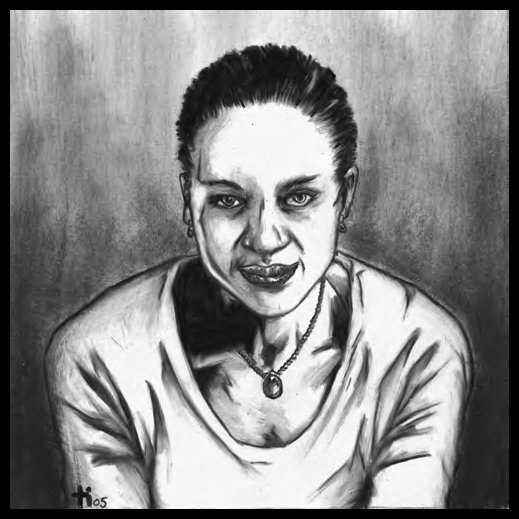 Desirae Wells is an attractive, young African-American woman with short black hair and a round, pleasant face. Her voice is soft, but capable of carrying over great distances with little difficulty, and people often wonder where they’ve seen or heard her before after listening to her speak. She dresses in popular fashions, but has a tendency to modify her attire subtly (with accessories and the like), depending on who she is going to meet or in whose territory she’ll be traveling.

For an sireless Caitiff with no political clout to speak of, Desirae Wells has carved out a niche for herself in New Orleans. She serves as consul on behalf of the Anarch Movement, and in this capacity, Desirae’s presence has become a familiar one—and more importantly, a widely accepted one—in Kindred circles. Both Vidal and Savoy have given her leave to frequent their respective territories (if reluctantly in the prince’s case), and, given the acquaintance of her krewemate Shep Jennings with Lidia Kendall, the Caitiff is no stranger to the remainder of the city either.

Desirae more or less stumbled into her position as consul. Shep Jennings initially pitched the idea to Coco Duquette, who put the matter up for vote among the Anarchs after laying out why she supported it. Still, the Caitiff has proven well-suited to the role. Her widely circulated reputation for being an amnesiac has served to lower the guard of other Kindred in the city where she is concerned, almost as though her lack of memory somehow translates into a lack of motive or even political ambition on her part. Of course, few are so foolish as to actually believe a causal relationship exists there, but the fact remains that Desirae Wells has a tendency to put other Kindred at ease with less difficulty than some of her peers. Her clanless blood certainly means she is unlikely to rise any higher in the local All-Night Society than her present station—the harpies have condescended more than once that she would be nowhere without Duquette’s and Miss Opal’s backing. The Caitiff neonate knows better than to complain.

The recent Trial of John Harley Matheson was a blow to what standing Desirae had accumulated and undermined her ability to speak on behalf of the now-divided Anarch Movement. Her own coterie, the Night Axles, took up arms with Antoine Savoy’s camp with gusto. The Axles’ leader Shep Jennings even became lovers with Veronica Alsten-Pirrie, the primary instigator of the factional split. Desirae has attempted to maintaining cordial relations with Coco Duquette and Miss Opal in the hopes of remaining neutral (she does not believe she can represent the Movement as effectively if she appears tied to one faction), but many of her fellow unbound wonder just when something will give.

Later that year, Caroline Malveaux-Devillers managed to uncover much of Desirae Wells’ mortal identity, including her birth name. She’s decided to keep using Desirae Wells, as it’s what she’s used to. The circumstances of her Embrace remain a mystery—as does how she forgot her entire past. Caroline did uncover that Lafayette was the last city she resided in before New Orleans, and she’s been considering making a trip there to get some further answers.

Wells met her end in March 2016 at Donovan’s hands when she was executed for alleged complicity in Bishop Malveaux’s final death. Caroline, however, believed Donovan slew the Caitiff to deprive her of allies in the two’s growing feud.

Unknown. Like many Caitiff, Desirae claims to have no idea who Embraced her. 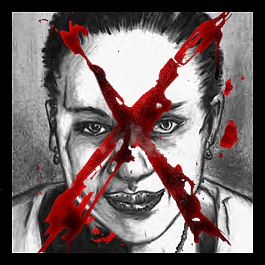