Her own kind are all addicts in the end, Caroline can’t help but think.
At least Denise’s addiction never killed anyone.
—Caroline Malveaux-Devillers

Young, sultry, and meticulously fit, there have long been whispers that Denise’s primary legal strategy revolves around sex appeal. Louder voices have described her as having “a voice like smooth velvet and a body with everything in all the right places.” Most of the talk about Monument Law’s new partner mention, though, stems from either ignorance or jealousy: behind her brown eyes lies a formidable intellect and meticulous work ethic.

The one thing that kept Denise from making partner at Hailey, McNamara, Hall, Larmann & Papale were the stories about her sexual exploits. Ever since she passed the bar, stories have circulated in New Orleans’ legal community about the nymphomaniac associate who slept with every male partner (and possibly a few female ones) that so much as looked at her in hopes of getting ahead. Whether or not it’s true that Denise wanted to sleep her way to the top, the fact her sexual partners all worked in law (and that she wasn’t a man) ultimately stalled her career. For a long time, talk about Denise was confined to water coolers instead of boardrooms.

Denise recently left HMHL&P after five years as an associate to start the firm of Monument Law with several other attorneys thought to be on the out and out. Rival associates sneered Denise couldn’t cut it and was drummed out of HMHL&P for being a slut. Partners lamented the loss of a significant talent they could have ridden (literally and figuratively) for a few more years before she realized no partnership offer was coming.

BB&R has done surprisingly (if not frightening) well in the several months since it got off the ground. Gossip among the legal community, however, holds that its prosperity exists in spite of Denise’s efforts rather than because of them. Although her partners no doubt hoped that having ‘Bowden’ on the building’s front door might “inspire her to turn over a new leaf,” it wasn’t long before rumors began to circulate about sexual escapades involving interns and paralegals who’ve since “moved on” from the firm. Stories about Denise continue to circulate around water coolers. Among Monument’s staff, it’s plain that she isn’t taken as seriously as the other two partners. Denise, unsurprisingly, remains intensely frustrated by this, and the “talk” that Bishop and Reffett were forced to give her several weeks in. Making partner was always her dream, but her reputation does not appear to be so easily shed.

Denise works primarily in commercial litigation and employment law, and is particularly expert at settling contract disputes or digging into the operations of businesses in ways that encourage them to settle. She’s from the relatively new breed of attorneys who have learned the value of compelling the other side to settlement through sheer belligerence of litigation and near-harassment in discovery. To them, the law is not only a tool of justice: it’s also an instrument of intimidation and frustration when artfully applied.

Denise frequently works late into the night and is just as frequently found working out while she works, either reading on the treadmill or bike. She was once a regular at the Corner Club but can usually be found drinking at home these days, or at at dinner with prospective clients (some of whom are are rumored to choose Monument Law for a very specific reason). She prefers her alcohol straight, especially vodka, and harbors a particular hatred for normal ‘girly’ sugary drinks. She keeps the small bar in her office concealed in a cabinet.

Denise knows that Caroline Malveaux-Devillers and her family arranged much of BB&R’s funding and continues to maintain a low-key interest in its affairs. She’s curious as to what exactly Caroline has planned: why bring in Bishop to publicly run things, rather than do so herself after she passes the bar? The firm is doing well, but associating it with her family’s name would bring even more business. For that matter, why not just take a plush job at Malveaux Oil’s legal department?

So far, the new partner has been content to watch and see. 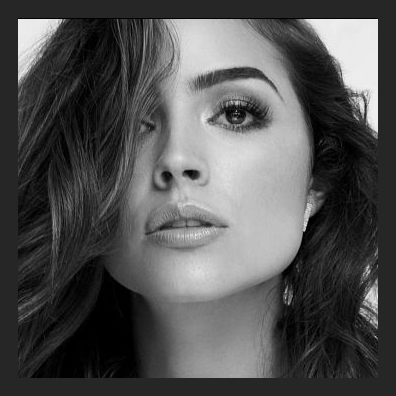