“Darlin’, what ya don’t know ‘bout enemies could jus’ ‘bout feed all o’ Slidell till their dying’ day. Only lil’ wet-nosed virgins think enemies are fer beatin’. Can’t beat ‘em, not ferever. Not the ones that come out o’ nowhere in da 4th quarter to take what’s yers and hold yer face in da mud ‘til ya drown, not da ones yer was always knowin’ ya’d have to face because that’s what ya were done made fer. Enemies are fer grabbin’ by der ears and fuckin’ em till they’re so sticky-knotted bound to ya dat they call their wives by yer name. Enemies are fer absorbin’. Best thing ya can right do to an enemy is to pull up a chair to ‘is fire, eat ‘is supper, rut in ‘is bed and go to ‘is job in da mornin’, and do it all so much better he jus’ gives it up to ya, but shi-iit on ‘im, ya never done wanted it anyways. Ya jus’ wanted to mess ‘round in ‘is house fer a little while. Scare ‘is kids. Leave a lil’ somethin’ behind to let da next guy know yer never far away. Dat’s how ya do ‘im. Or else, or else ya jus’ make ‘im love ya till he cries. Dat’s what enemies are fer.”
—Cletus Lee Boggs explaining the Choctaw “situation” to Bobbi Jo Boggs 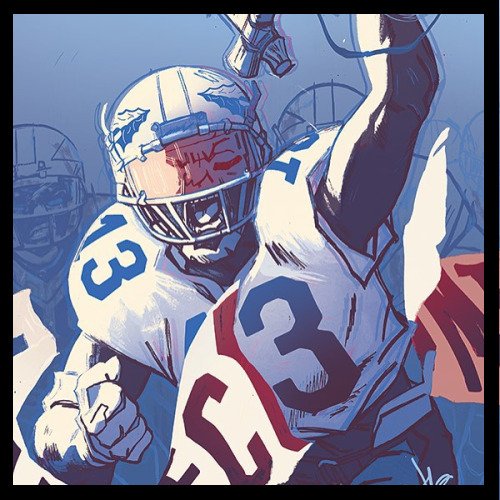 Dawson Beau Guidry is the poster-child of adolescent testosterone and the arrogance that comes with thinking you’re the best—and being right. The Covington Choctaw’s 17-year-old varsity QB is a cheerleader’s wet dream: white-blonde hair, baby blue eyes, square jaw, “aw shucks” muscles with an arm so perfect you’d have thought someone had mounted a rifle sight on it. #9, of the 300-lb bench and the flawless, seraphic passes and white lightning running plays.

Off the field, he wears his other uniform: an immaculate varsity letter jacket, cowboy boots, and designer clothes that somehow combine casual with pretentious. He drives a freshly waxed, Choctaw white and blue truck with overhead cab lights that shine like God’s own eyes illuminating his path.

After decades of frothing high school football rivalry, the Slidell Rebs and Covington Choctaws no longer just shed each others’ blood—they share it.

Eighteen years ago, Roy Guidry, the Covington-based restaurant-chain owner (Dumpling King of the Southland!) was invited to the Boggs’ mansion for a midnight dinner party. During this private soiree, Cletus seduced the man with promises of substantial investment and debauched sybaritic pleasures. Amongst those pleasures was one of Cletus’ Camellia Debutantes, Ruby Mae Boggs. A few weeks later, Cletus had a sizable share of the fried dumpling empire -and more importantly to the Boggs’ patriarch, Roy and Ruby Mae were married. Just shy of nine months later, Dawson Beau Guidry was born.

Whilst Roy spent his time growing the boy’s destined inheritance, his mother raised her son to embrace his other birthrights. She taught Beau politesse, Dixie pride, and the rectitude of white male privilege. She also shared his secret ancestry: Beau was a true-blue Boggs, through and through. Under Cletus’ direction, the Boggs’ best football players had collectively impregnated Ruby in order to produce a football progeny. Roy Guidry was a patsy, a financial provider who had the right zip code and nothing more. Safeguarding this secret, Ruby Mae and Beau played their parts perfectly (particularly with Cletus’ mind-controlling abilities). Then came the real training: football.

True to his breeding, Beau took to the pigskin like a gator to bloody bait. With the best equipment, diet, and trainers his “father” could buy, he lacked for nothing. Bribed tutors completed his homework; cajoled teachers rigged his exams. Academics, after all, were just a distraction from the real gym and grid-iron education.

He first played on pee-wee and traveling parish leagues, then joined the local middle school’s team and became known as a pigskin prodigy. Two years later, at Covington High School, he started as the Choctaw’s JV quarterback. By the end of his freshman year (and after the varsity QB had an unfortunate ‘accident’), Beau earned his letter jacket and his place as the varsity captain and first-string quarterback. His sophomore year, he ruined the Rebs’ homecoming, leading the Choctaws to a crushing 35-7 victory over their old rivals. Naturally, the Rebs and their fans instantly hated him with a violence akin to a chem lab explosion. The same feat, however, also instantly made him king of Covington High. Subsequent victories cemented his reign, as did his not-so-alleged beating of a local high school teacher who had the gall to teach that humans not only evolved from monkeys but were originally black, rather than white.

For such “accomplishments,” Beau was given the Proxy Kiss by Cletus after last year’s playoff game. The adolescent idol took ghouldom in stride, as it not only augmented his already potent physique, but confirmed what he had always believed: there was more to life—and he was destined to have it. Thus, even as colleges line up for the not-yet senior with carnations, chocolates, and full-ride scholarships, Beau has turned his attention to scoring the true touchdown: the Embrace. 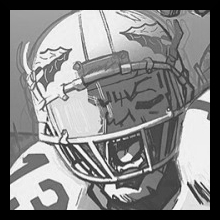