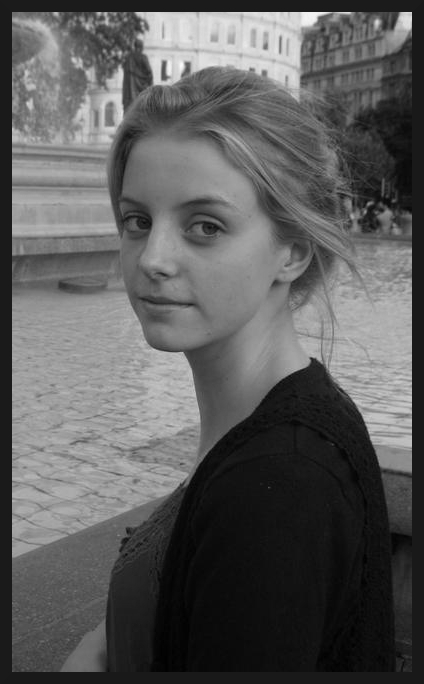 Danielle is a twenty-something woman with a slim build, brownish-blonde hair, and light brown eyes. She’s of slightly below average height and wears light blouses and dark skirts to work, but favors more casual attire outside of it. Most people would describe her appearance as average (if somewhat pretty) and easy to overlook.

For generations, the Garrison family have produced lawyers who rose to elected office as crusaders against the Mafia. Danielle was raised on stories about the bad guys her family had put away, the dangers they’d faced, and how completely eradicating the Mob would be a generations-long process in which each Garrison would need to play their part.

Danielle was born six years after her brother Stephen and grew up in his shadow. Where Stephen was groomed to carry on the family legacy, Dani was left to find her own place in the world. She never quite figured out where that would be. She tried to do a little bit of everything at McGehee—school newspaper, Girl Scouts, lacrosse, debate team. She did worse than her brother at everything. Stephen brought him more baseball trophies than she did lacrosse trophies. Stephen made Eagle Scout, while she never earned the Gold Award. Stephen made captain of his school’s debate team and went to nationals, while Dani merely got onto varsity. Her older brother always seemed like the golden child who could do no wrong next to her.

College was largely the same. Dani followed Stephen to Tulane (her family connections let her get in despite getting as many Bs as As) and majored in English because she wasn’t sure what else to do. Tragedy struck in 2012, however, when Stephen was killed in a car crash. Danielle’s father was devastated and never recovered. Dani decided to carry on the family legacy in her brother’s stead and applied to law school after finishing undergrad.

Although Dani she hoped to make her family proud, Stephen’s shadow continued to loom over everything. Stephen was top of his class: Dani was solidly in the middle. Stephen obtained a prestigious clerkship through what her father believed to be his own merits: Dani obtained hers as a result of her father’s connections. Another ugly but undeniable reality were the greater obstacles faced by female trial attorneys to be successful in the courtroom. Even if Dani was as good a lawyer as her brother, she’d still have to work twice as hard. The Mafia takes women lawyers even less seriously.

As of 2015, Dani has one year left at Tulane Law and plans to work as an assistant district attorney after graduating. She’s largely resigned to the fact, though, that she will never be as good a one as her brother. Some things are simply decided at birth.

Dani’s father Henry is New Orleans’ district attorney and a former federal prosecutor. Through him, she knows quite a few people in the legal field.

In 2008, Celia Flores met Dani at a Garrison family dinner when she was dating her brother, Stephen. The two girls had a private talk on the couch where Dani confessed that she wasn’t quite certain of what she wanted to do with her life. Celia thought she came off as rather downtrodden and living in her brother’s shadow.

Celia had no contact with Dani after breaking up with her brother under highly charged circumstances. In 2016, though, she found out that Dani had been Embraced as thin-blood. She sought out the girl at Beach on Bourbon and got her attention by dancing with her. Dani took the bait and fed on her dead brother’s cheating ex, at which point Celia took her in hand and explained that she, too, was a vampire, as well as the fact she only broke up with Stephen to keep him safe.

Dani confessed she didn’t know how or why she was a vampire. All she remembered was having a lot to drink and then waking up in a garbage dumpster. She also believed she had been raped. Celia handily won the thin-blood’s sympathy by providing a shoulder to cry on and answering her questions about what it meant to be a vampire. Celia thereafter took Dani under her wing, granted the thin-blood permission to feed within her territory, and has been teaching her the basics of her condition while working out her future options.

Celia refrained from telling Dani that her older brother is also a vampire, and just as privileged in death as he was in life.

Celia introduced Dani to her boyfriend, finally revealing that Stephen has been a vampire almost as long as she has. The two got into a heated argument where Dani blamed him for a lot of her problems and Roderick proved how thin her blood truly is when he threw her angrily across the room in a show of Brujah strength. They left in a sour mood.

Dani met Dr. Dicentra and had a tattoo put on her that would let her pass as mortal, allowing her to continue to attend work and school. She moved in temporarily with Diana while she and Celia look for a different place together to figure out their next move.

At Celia’s insistence, Dani and her brother met up again to bury the hatchet. They reconnected over dinner and a long walk.

Dani accompanied Jade around the city while the Toreador looked into her Embrace. She met a handful of licks at Gui‘s place and was give a first-hand look at how ghouls are treated. She also went with Jade to visit Edith Flanagan to learn what she knew about thin-bloods. In the car Celia confessed to Dani all of the insecure feelings she has about her relationship with Roderick, and Dani told her she should just be honest with him. The pair were jumped by a gaggle of homeless men outside her haven and Dani’s purse was stolen (though later recovered by Reggie and Randy).

She was present in the park when Will Carolla, his ghoul, and Jade staged an ambush for Roderick and lent her firearms skill to the ensuing fight. She wounded but did not kill the ghoul and took his body back to Jade’s spa, but ran with the rest of the half-breeds when Roderick looked like he was about to frenzy after finding out Reggie “tied up loose ends” and murdered the ghoul in cold blood. Dani angrily told Celia that Reggie needed to pay.

Dani and Celia were able to move past their tiff at the spa when Roderick never came home after finding out his sire had lied to him and meeting with Savoy. The girls fell asleep together after a brief heart-to-heart, and the next evening Dani brought her dad to dinner at the Flores house. She helped Celia get them out of the house when a pair of licks appeared and started fighting on the roof.

Nights later, Celia took Dani hunting in her domain and the pair took a gay couple back to their place to feed and fuck, though neither of the boys penetrated either of the girls. Dani accompanied Celia back to her haven to get ready for Elysium, where Celia confessed to having multiple personalities. Jade smuggled a disguised Dani into Elysium as one of her ghouls, Hannah. They were accosted outside after they left by a petulant Rocco Agnello when they attempted to apprehend a spy and Dani watched the Gangrel bully the younger Toreador. She refused to run when Jade told her to. Roderick Durant’s timely appearance spared Jade from a brutal beating (or worse) at Rocco’s hands, but he still wanted something and sought to take a bite out of Dani. A well-crafted lie about her having Hep C made the lick keep his fangs to himself.

Dani and Celia made plans to find the spy when Dani revealed that she’d nicked his wallet during their altercation.

Unfortunately, they never got a chance. Jade was apprehended for suspicion in the disappearance of Reynaldo Gui and Roderick Durant and questioned at length in the same interrogation room where she’d ripped the heart out of Roxanne. Dani showed up with her brother to confront Celia about the lies she’d told them both, including tricking Dani into a partial blood bond without her knowledge. The girl was more sad than angry to end her relationship with Celia, who she’d come to consider a dearly close friend.

Like many thin-bloods, Dani is ignorant of her pedigree. All she remembers of her Embrace is waking up in a garbage dumpster. As she knows all-too well, she is of the fourteenth generation or higher, but cannot say which one.

Dani has no idea whether her sire has Embraced any other Kindred. Any such childer would be thin-bloods like her. 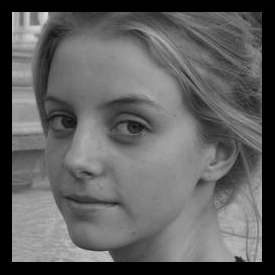