“Gardening is the work of a lifetime: you never finish.”
—Oscar De La Renta

“Blessed are they who see beautiful things in humble places where other people see nothing.”
—Camille Pissarro

Dahlia Rose Flores is a caramel-colored, brown-eyed Latina woman with long, dark hair that flows halfway down her back. She has full lips made for easy smiles and a pert nose that brings her whole face together. Her brows are delicately arched and expressive, often quirked in amusement. Long limbed and lean, Dahlia Rose has the willowy body of the plants that she so often tends to. She might have more dirt beneath her nails than the typical girl, but the floral aroma that comes off her skin more than makes up for the time she spends elbow-deep in mud.

Dahlia Rose is the youngest daughter of two Honduran immigrants who came to the United States following the devastation of Hurricane Mitch in 1998. Their home in Tegucigalpa, along with their business, was destroyed in the wake of the hurricane. Worst of all, though, was the loss of their eldest child, Carlos. Though there were three younger children to care for, Dahlia’s mother Francesca never quite bounced back from the loss of her first born. She told her husband that she couldn’t live in the country where she lost her baby boy, so the family packed up and headed north. They settled in New Orleans in early 2000 and set about securing permanent resident cards for themselves and their three children. They built a new life for themselves in the Ninth Ward… at least until Katrina came through in 2005 and, once again, destroyed their lives. At least it destroyed Dahlia’s life: the rest of her family was lost to the storm. Twelve at the time, Dahlia ended up in a series of foster homes before finally turning 18 and setting off on her own. She left the city for a while to pursue a college degree in fashion design and returned in 2014, stating that the rest of the world didn’t have much to offer her and nowhere else felt like home. Shortly thereafter she opened “Bloom Couture” in the French Quarter. Part floral shop, part fashion design studio, Dahlia’s designs are frequently sought after for weddings, Mardi Gras, political parties, and other various high-society events. She calls it “Hort-couture,” a play on horticulture and haute couture, and nowhere else on the west coast are similar designs available.

She says that there’s no relation to the State Senator or his family, but Maxen apparently got a kick out of the name and has hired her (or had his people hire her) for numerous events. Dahlia Rose herself has never met the man but is quite pleased with the business that he brings her. His daughter, Celia, is another long-time client. It’s rare to see Dahlia Rose in the store itself, though; she has enough work to keep her busy in the back with her florists and designers.

Bloom Couture opened its doors in 2014 in the French Quarter. Located on St. Ann St, its storefront is sandwiched between Ma Sherie Amour and the Vieux Carre Gallery, just off Decatur St. The location has been a boon for Dahlia Rose, as the foot traffic in the area sees to it that her shop is almost always full of curious tourists and locals alike. Part greenhouse, part fashion design studio, stepping into Bloom Couture is always a new adventure for even seasoned veterans. One visitor described it as ”the prettiest garden you can imagine, with butterflies and songbirds and vibrant flowers that belong in a museum. Even if you don’t buy anything it’s definitely worth the visit.”

In addition to the conservatory-like feel of the shop, a small store has popped up inside the walls that operates under the name “Eden Source Herbals.” Technically part of Bloom Couture, the apothecary caters to the “holistic wellness” crowd that prefers traditional and Eastern medicines and has been a large hit with both tourists and in-the-know locals. According to Dahlia Rose, the woman who runs the shop just showed up one day with a mortar and pestle, walked through the garden collecting specimens, and mashed them into a paste that completely alleviated the lower back pain she had been dealing with for months after a 5-minute application. Dahlia Rose was happy to offer her a small spot within the shop that has expanded as time went on. Eden Source sells tinctures, infusions, poultices, essential oils (made on site) and other herb-infused concoctions for a variety of needs. They also make their own teas, scrubs, and soaps.

• Manuel Lopez (Ally [Industry] ••)
Despite the thick accent, Manuel was born in the States to Esteban and Carlita Lopez in southern California. Esteban worked in the strawberry fields, and whenever childcare fell through he would take Manuel and his siblings to the fields with him to keep an eye on them. Manuel grew up around plants. He learned from a young age how to care for and cultivate a variety of bushes, shrubs, and flowers, and when he was ten he began his first garden in his parent’s backyard. He took a landscaping job as soon as he was old enough to work to stay close to the plants that he loved so much, serving first as general labor and then as a consultant to clients who wanted to do something special with their rolling lawns. His name became known all across Southern California and, supposedly, he’s done work for plenty of A-list movie stars. He took a job at Woodbury University to care for their conservatory, which is where he met Dahlia Rose Flores. They bonded over their shared love of plants and became fast friends despite his non-student role on campus. When she moved back to New Orleans to open her business he came with her and has worked for her since. She laughingly calls him her “plant whisperer” because of his skill with the plants. Manuel works odd hours to keep up with his plants (he says some of them require care at night and others at high noon), but serves as the unofficial manager when Dahlia Rose isn’t around.

• Zahira Pavaghi (Ally [Industry] •)
For all the wealth associated with the Pavaghi name, not all of that wealth is shared equally amongst its scions. Though Walter had once been looked down on for failing to be as successful as his younger siblings, the real embarrassment came when their younger sibling, Ishita, failed out of Xavier and ran off with her decades-older professor. Three years later she was back with two babies on her hip and no husband in sight. She quietly returned to life under her father’s rule, re-enrolled in college, and managed to earn a degree while nannies and her mother took care of her babies for her. The older of those two children, Zahira, was rebellious from a young age and had no intention of “falling back in” with the family that, in her mind, forced her mother into a career and a life she didn’t want with a stepfather who wasn’t particularly interested in her. Rather than go the traditional route of law or real estate, Zahira threw herself into the creative arts. After graduating high school she took an internship at Bloom Couture under Dahlia Rose, who has taken the wayward Pavaghi under her wing to teach her the ins and outs of the fashion industry. So far she has been exceedingly happy with her new position, and rumor is that she’ll be displaying her own line soon beneath the Bloom Couture name.

• Dao Le Phuong (Ally [Industry] •)
Dao Le Phuong was born at the beginning of World War II in Saigon, Vietnam. Her father was active in the Viet Minh and lead waves of men against first the French and then the British soldiers stationed in the area in a bid for Vietnam’s freedom. She grew up learning from her mother how to care for the wounded, and though she was not allowed a combat role she still played an active and integral role in The French War and then The American War. Following the fall of Saigon in ‘75, Phuong moved to the United States and settled in New Orleans. Like most of the Vietnamese immigrants she moved into Versailles to live a quiet life. Only after Katrina in 2005 did Phuong decide to move herself closer to the city proper, and in 2014 she found the atmosphere of Bloom Couture to her liking. She set up an apothecary within the shop. Phuong doesn’t speak much English despite her four decades within the city, but she’s very good at understanding what people tell her and using gestures to effectively communicate. She seems to have a sixth sense for knowing what people need before they even speak to her about it.

• Dao Van Quyen (Ally [Industry] •)
Phuong’s grandchild and assistant at Eden Source Herbals. Recent graduate from Frederick A. Douglass high school but taking a “gap year” to decide which direction he wants to take with his life. He’s not really sure that he believes in all the “traditional medicine” that his grandmother peddles, but he plays it up for the tourists and suburban housewives that come into the store to try something new. When he’s not at the shop he’s usually running around Algiers or New Orleans East with his friends. 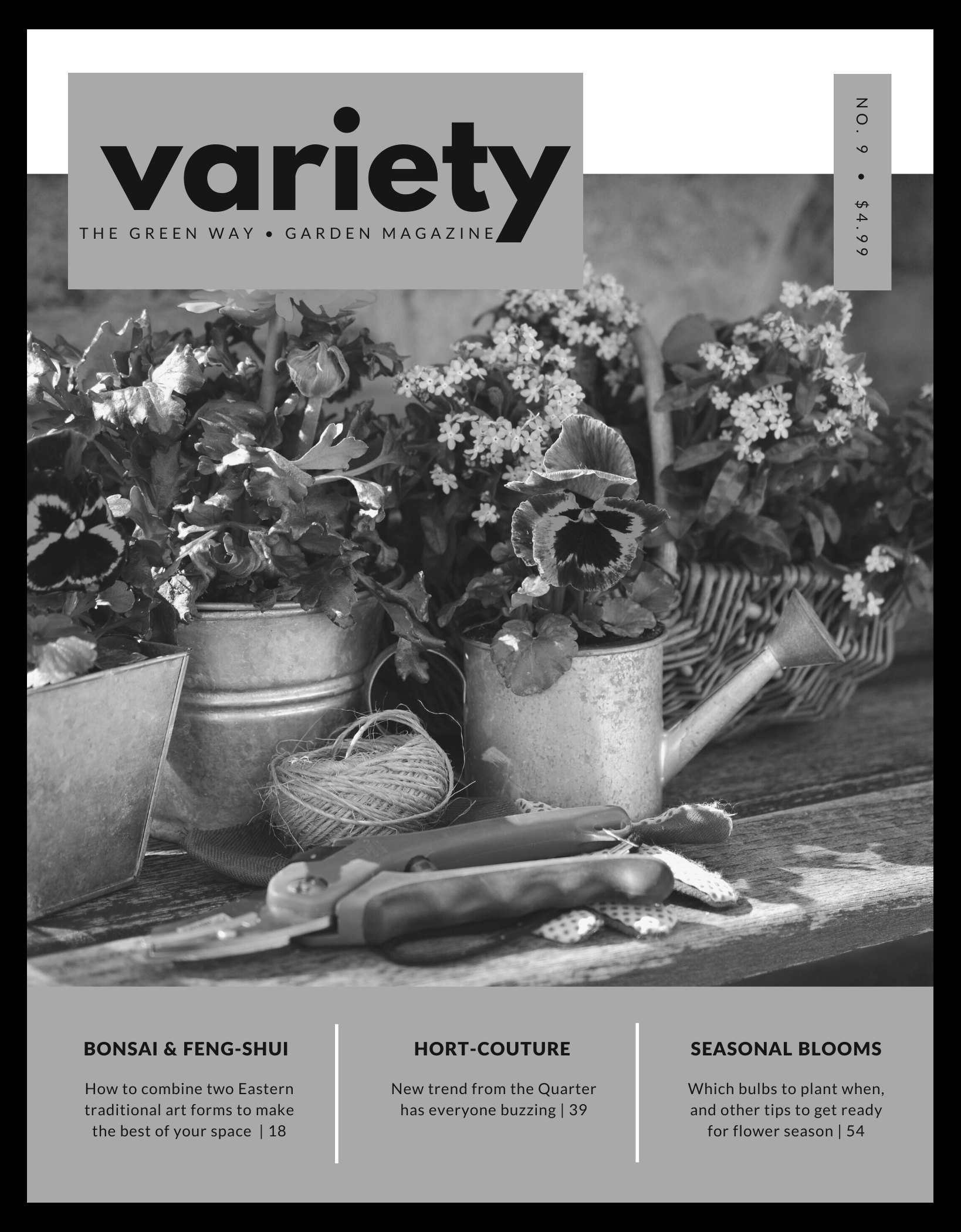 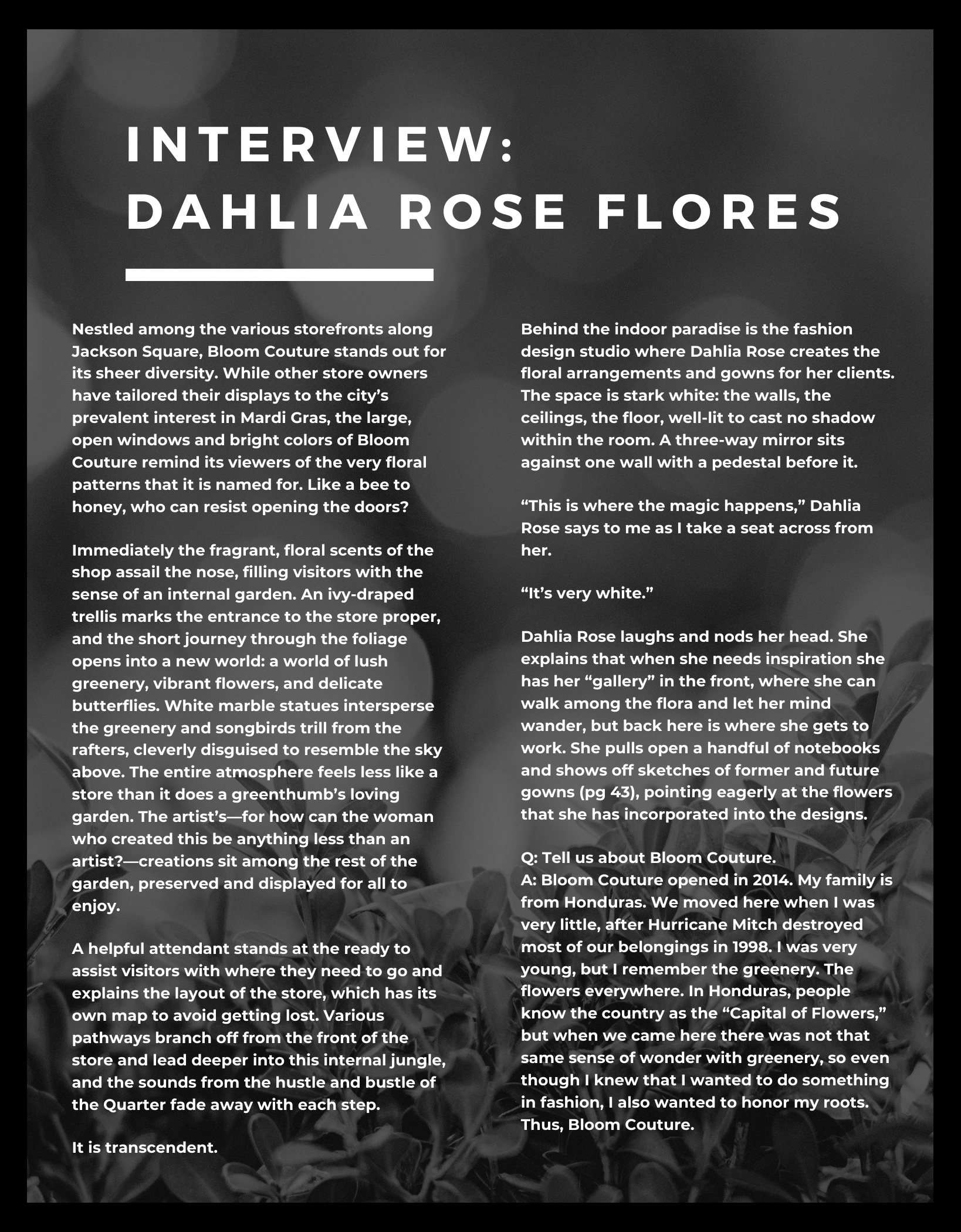 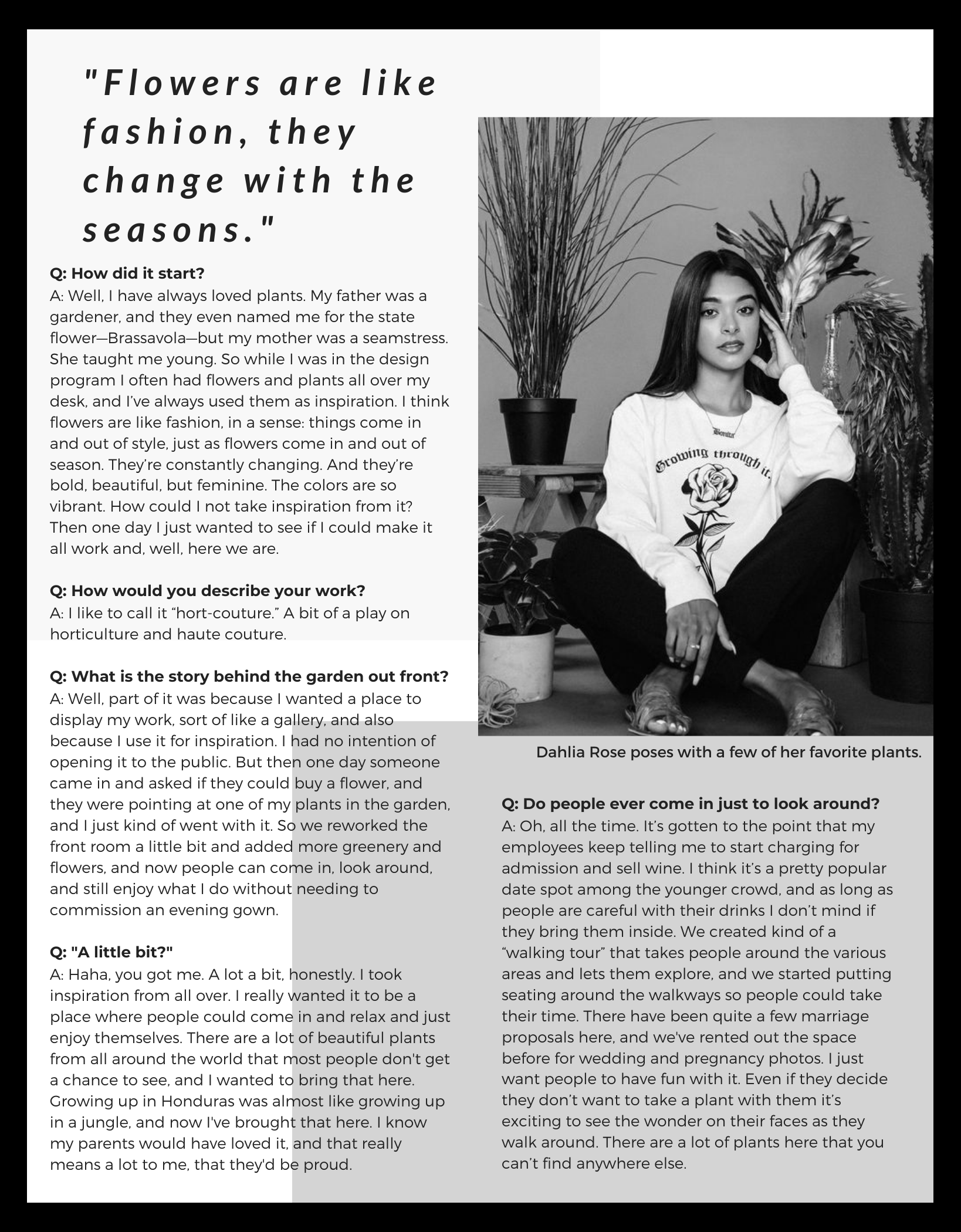 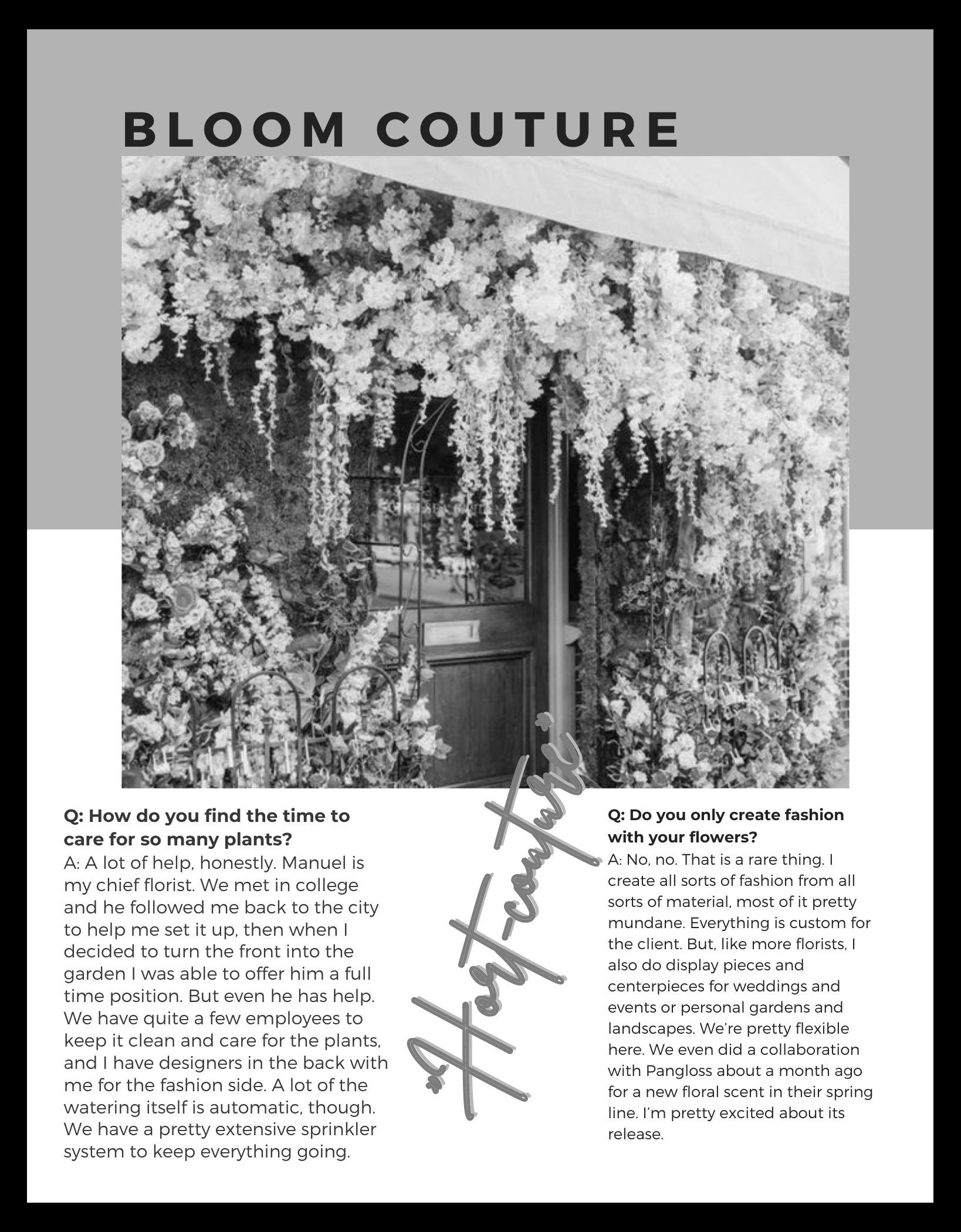 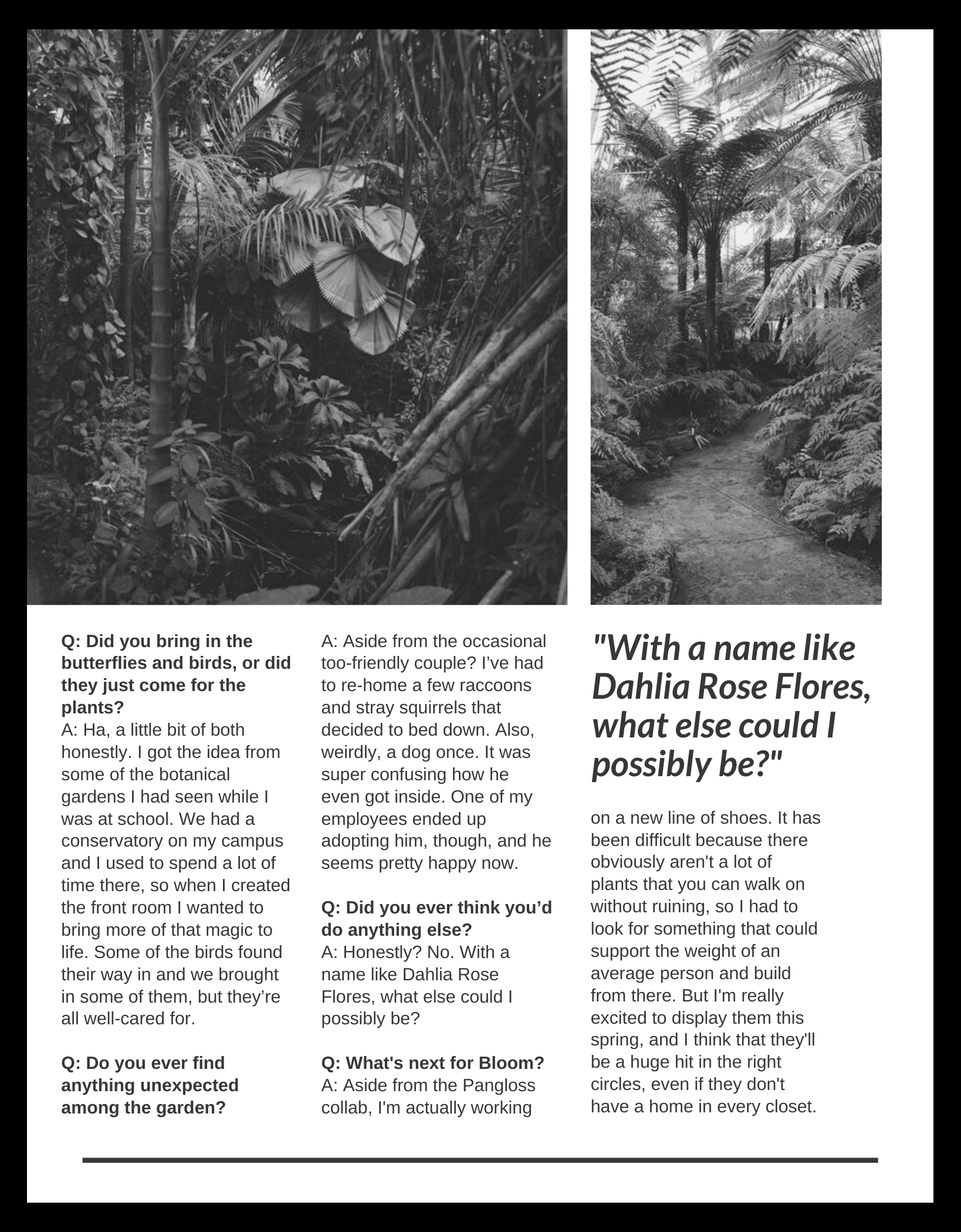 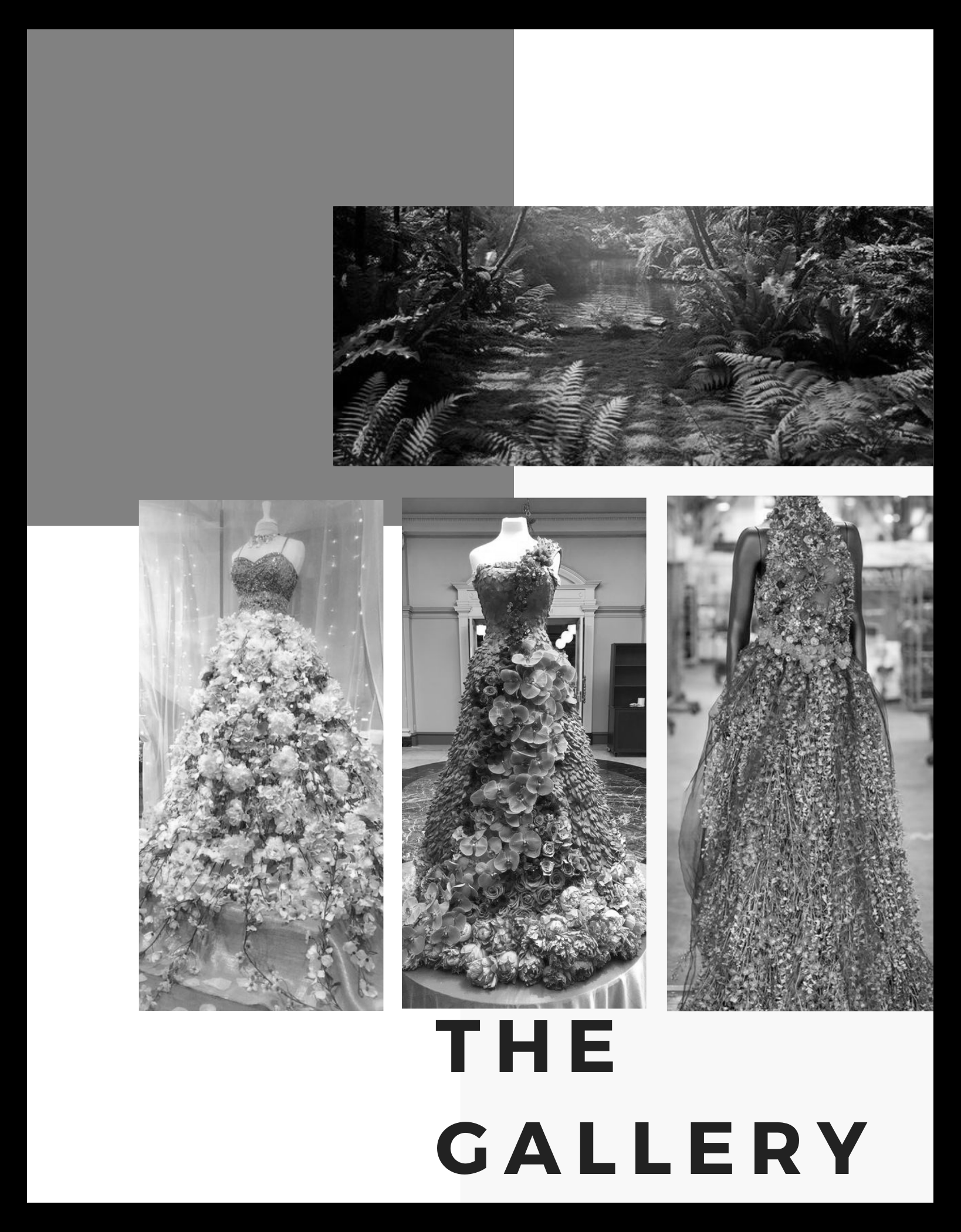 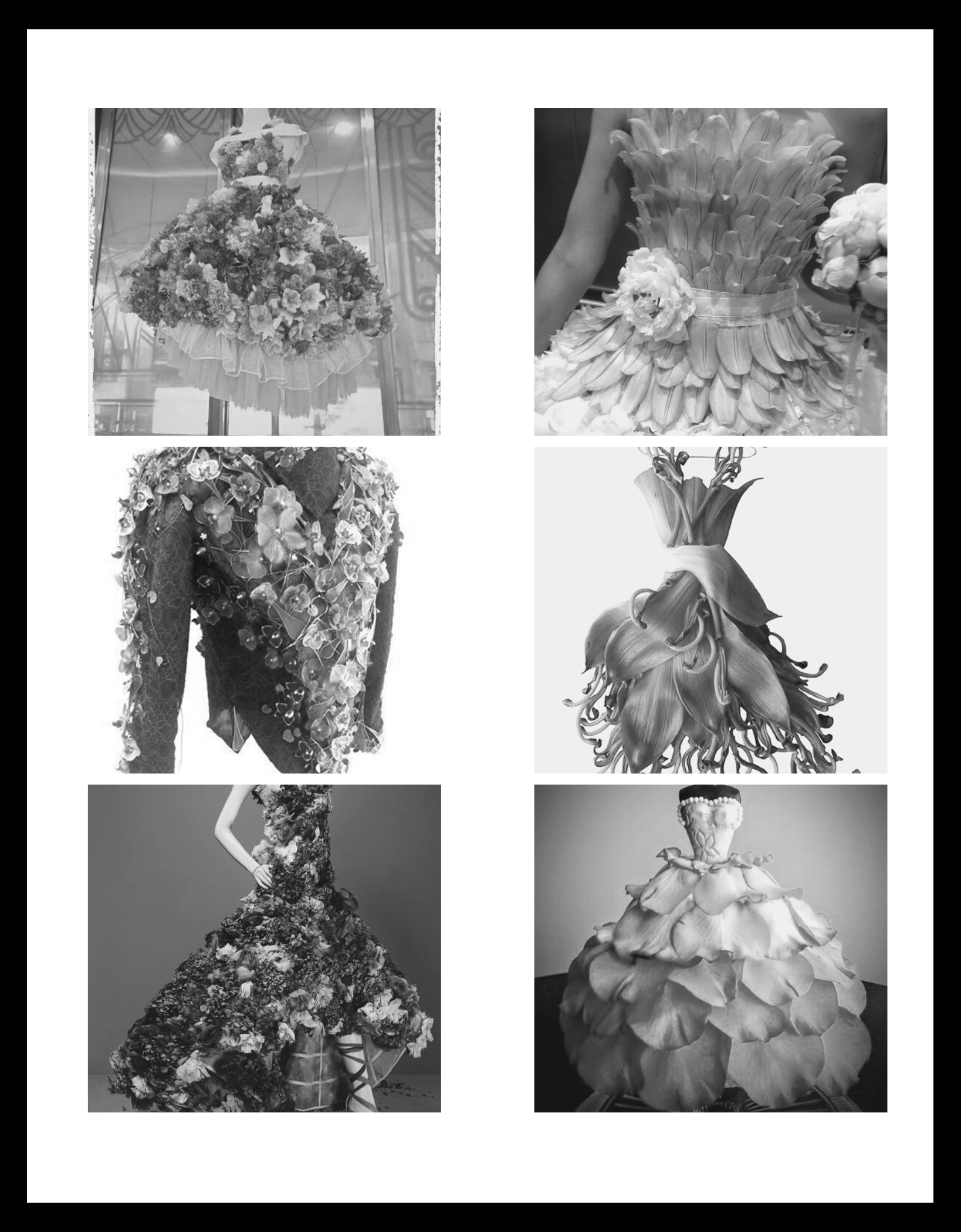