“Me shooting 40 percent at the foul line is just God’s way of saying that nobody’s perfect. If I shot 90 percent from the line, it just wouldn’t be right.”
—Shaquille O’Neal

“If all I’m remembered for is being a good basketball player, then I’ve done a bad job with the rest of my life.”
—Isiah Thomas

“College is the best time of your life. When else are your parents going to spend several thousand dollars a year just for you to go to a strange town and get drunk every night?”
—David Wood

“Every year, many, many stupid people graduate from college. And if they can do it, so can you.”
—John Green 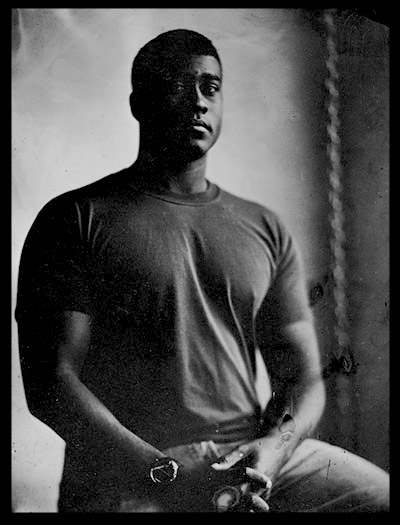 Seven feet tall, he was born for the court, with thick-hewed pecs, biceps, and quads that would equally fit the NFL as the NBA. Shrink and slim him down though, and he’s your average Bleu Devil. Young, with a face, stance, and swagger that awkwardly straddles idealistic adolescence and jaded adulthood. Cocoa skin that would be ashy if not for ample shea butter. Hints of half-hidden acne. For his hair, he doesn’t have anything fancy like sponge twists and a juice-cut, just a several day-old shape-up.

His T-shirts and jeans are well-kept but similarly plain, likely bought off the rack at Shop-Plus. His watch, though, is an eye-catcher: a Jaeger LeCoultre for those in-the-know, or what must be a high-quality knockoff for those who know better. In contrast, his broken-in, two season-old Kyrie Flytrap high-tops might just be the real thing. And if not, then at least his Herricks’ brand backpack is, as are its contents: a Bleu Devil jersey, microbiology and kinesiology textbooks; a pack of Trojans; macroecon and precal homework; and a stack of unopened letters from home that he’s too proud to read but too weak to throw away.

He was born on Christmas. No, not the holiday with Jolly Saint Nick, flying reindeer, and presents. No, not that one, but Christmas Street, the historical drag where white folk allowed “colored folk” to set up shop.

Haven’t heard of it?

It’s in Cleveland. No, not the big port city on Lake Erie, about halfway between New York City and Chicago. No, not that one, but Cleveland, Mississippi, the podunk town in the Magnolia State’s northwest armpit with a shrinking population of 11,073 souls.

Haven’t heard of it?

His parents are another matter. He blames them plenty. For raising him in the wrong Cleveland. For living on its poor eastside. For stubbornly clinging to their third-generation hardware store, even after a Shop-Plus superstore was built just north of town and bled dry their already hemorrhaging sales. For making him stock shelves and man a rarely rung register instead of letting him study or party with friends–or better, practice his free throws. For making him attend the impoverished East Side High, whose court-rims used literal hand-me-down shoelaces, versus Cleveland High, with its tax-fat athletics program.

Even so, he still led his basketball team, the Trojans, to beat their town rivals, the Wildcats, three years in a row. Almost single-handily too. He was just that good. Good enough to go varsity as a sophomore. Good enough to become team captain as a junior. Good enough to win districts thrice, regionals twice, and clinch the state’ quarter-finals during his senior year. Good enough to turn the heads of NCAA Division I scouts.

As they say, to the victors go the spoils.

And to the losers? The scraps.

For D’Angelo, that meant attending the likes of Coahoma or Mississippi Delta Community Colleges. It was all his family could afford. Plus, they needed his help liquidating their officially belly-up store. But then, he got accepted to Delta State University with a full-ride athletic scholarship. The Statesmen weren’t one of the Big 10 or even a Division I school, but they were at least in the NCAA. In any other town, they likely would have been good enough.

But that was the problem. Delta State wasn’t in any other town–it was in his town. Cleveland. The wrong Cleveland. And as big as the 7’ Center was, his pride was even bigger. For years, he’d bragged about how his basketball prowess was going to take him places. Big places. Places far away from the tiny, small-minded, wrong-named Cleveland. If he went to Delta, he’d have to eat his crow. And as big as the 7’ Center was, he wasn’t that big of a man.

So he left Cleveland and took the best offer he could get in the biggest city that would take him. For D’Angelo, that meant playing for the Bleu Devils in the Big Easy. Sure, their scholarship only paid half his tuition and books, but D’Angelo figured that once he did well enough on Dillard’s NAIA Division I team, he could transfer to nearby Tulane’s NCAA Division I team. He might have done it too–maybe even reached the NBA too as he’d always dreamed.

To be fair, his friend started it. Dying, that is.

The dying in turn started when his freshman roommate, friend, and fellow baller, Irving Trudeau, went to a party in Riverbend. His light-skinned girlfriend passed the ‘paper bag test’ and was let in, but the darker-skinned Irving was barred entry. Driving to a nearby bar, Irving got mad, drunk, madder, and then drunker still. That anger and alcohol made a deadly cocktail when Irving tried to drive to another party in Marigny and ended up fatally T-boning a parked church bus.

Like many corpses in the 7th, Irving’s ended up at the Sonnier Funeral Home. Royce and his krewe gave his exsanguinated cadaver a lovely if humble memorial service. Attending that service alongside many other team- and class-mates was D’Angelo, who acted as lead pallbearer. Unfortunately for him, the muscled center stood out in that procession in an all-too literal, lethal way, as Royce and Eddy were hunting for a replacement ‘Hulk’.

Much like Irving and the bus, D’Angelo never saw his death coming. The krewe’s blood-bonded pastor invited the grief-struck youth to his home. There, Pastor B. Pius Bouey offered D’Angelo a cup of tea copiously sweetened with honey, sugar, and antifreeze. So poisoned, D’Angelo was quickly overpowered and drained dry by the rest of the Sonnier krewe that had lied in wait, with Royce then Embracing him into “the family”.

Since then, D’Angelo has served both his old and new ‘teams’. He passes off his time at the Sonnier Funeral Home as a job (which in a way it is) that helps pay for the rest of his tuition and board (which in a way it does). Ironically, death has enlivened his on-court performance, so much so that he earned an invite to play as the Green Wave’s Center. Much to his chagrin, he had to demur. Even if Riverbend wasn’t an automatic death-sentence for the already death-marked thin-blood, D’Angelo knew he couldn’t go–or more aptly, wouldn’t be let go.

“I have to be loyal to my team,” was his final reply, which in a way was true, but no less bitter.

Over the past year, that bitterness has grown as D’Angelo has learned just how shallow the Sonnier ‘bench’ is, as well as how precarious his place on it is. The upstate-raised Mississippian finds Voudon, the loa, and their worshippers utterly foreign, if not downright frightening. To make matters worse, D’Angelo knows that should Caitlin Meadows or the Guard de Ville come knocking, his ‘family’ expects their primary ‘muscle’ to protect them–or die trying. Fortunately (or not), D’Angelo has no idea just how suicidal such a confrontation would be for him, or else he long ago might have fled–or died trying.

Still, being immortally young, strong, and swift does have its perks, especially amongst Dillard’s college population. Apart from his enhanced athletics, his vampiric condition has similarly augmented his social sway, particularly with his ‘kissing’ partners. Indeed, D’Angelo has all but converted Dillard’s entire Zeta Psi Beta sorority chapter into his personal blood doll harem. Notwithstanding, D’Angelo knows there’s only so long he can continue playing as a Bleu Devil. And once he can no longer play, he’s not sure what would make life (or is it death now?) worth living.

He’s thought about running away, to escape the Sonniers and the Baron-Savoy crossfire. As to where he might go? Cleveland sounds nice. The real Cleveland. As for when? Christmas has a nice ring for a new start. The real Christmas.

Can you blame him? 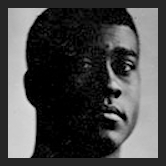