“You know what your problem is, Fontaine? You think our job is all about finding the truth. It ain’t. It’s about finding a paycheck.”
—Lt. Det. Buchowsky to Ret. Det. Fontaine

“Policemen so cherish their status as keepers of the peace and protectors of the public that they have occasionally been known to beat to death those citizens or groups who question that status.”
—David Marmet

“Buchowsky may not have the highest clearance rate in the district, but his job isn’t to solve cases. His job is to solve problems. Just don’t go asking ‘Whose problems?’ or you might become Buchowsky’s newest problem—and you won’t like his solution.”
—Det. Herb LeRoche 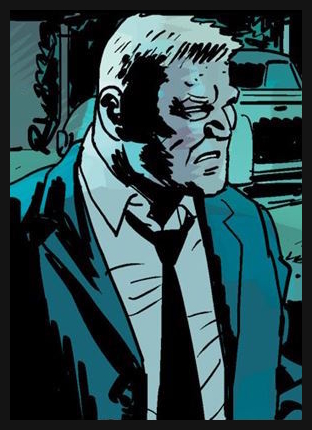 On good days, Lieutenant Detective Buchowsky resembles a hairless, ruddy gorilla dressed in a blue collar suit and steel-toed dress shoes. His conservative-colored clothes are stretched taut by slabs of muscle and wrinkled by long hours and Louisiana humidity. His straw-colored hair is buzzed high and tight, and his meaty jaw is kept meticulously shaven. Clusters of veins like tiny pieces of string pulse in his temple, and his brick-sized hands are never too far from his Marine-issue M9 Beretta and knuckle-grip stun gun. His eyes are like pale green marbles smashed between perpetually squinting eyelids. He might be passably attractive if he learned to smile—or shed the gray cloud of nicotine ash that encloses his body.

Descended from Polish concentration camp survivors, Lt. Det. Curt Buchowsky was raised by his father, Joe Buchowsky, a union dockworker transferred from Philadelphia to New Orleans a year after his only child was born and his wife died shortly thereafter of hemochromatosis. Curt was a latch-key kid in the Irish Channel until he became a Jarhead right after high school and served three years in Somalia during Operations Restore Hope, Restore Hope II, and United Shield. After an honorable discharge in 1995, Curt returned home to the Crescent City and became a cop. In the two decades since then, Curt has thrived at, or at least thoroughly enjoyed, being part of the NOPD and specifically the 6th District with its jurisdiction over the Irish Channel, Central City, and the Garden District.

This acclimation and affinity only increased once he was promoted first to plains clothes detective and then to lieutenant. With the latter promotion, Lt. Det. Buchowsky was given his own office, a travel account, and membership in two civic clubs. Sure, the pay has been nothing to brag about, but Curt long ago learned that good things happen if a man does his job, accords the proper people the right kind of respect, and makes sure he is available to serve in whatever capacity his superiors (and theirs) need. Currently he does the bachelor’s life in a freshly painted bungalow in Bucktown, enclosed by sugar-cane fields and cedar trees, flower-beds, and vegetable gardens tended by a trustee from the Jefferson Parish jail. Such upmarket accommodations have led some to accuse Buchowsky of being on a pad—but nothing rankles the Lt. Det. more, as Buchowsky has never accepted a bribe. He’s never needed to.

More specifically, Buchowsky has taken care of his own side of the street, and other things have taken care of themselves. Mortgage and car loans are approved upon application, without question or wait. His drinks are put on a tab at local bars, but he isn’t ever expected to pay the tab. A land developer gives him 40-yard line tickets to Saints home games whenever he wants them. At Christmas time, cellophane baskets of candy, fruit, and wine are delivered to his door. “Anything wrong with that?” he asks himself frequently, but never bothers much with trying to answer it. In his mind, the people who own the live oak-cloistered mansions, skyscrapers, cane-fields, and oil wells pay most of the taxes, didn’t they? They give other people jobs (including his). The city would be a giant urban slum without them. Consequently, Buchowsky long ago decided that a civil servant has to pay particular attention to the needs of the few who in his mind take care of the many. “Anything wrong with that?”

The only significant incident in the police lieutenant’s recent life happened by pure happenstance. One night, Buchowsky was making a late night visit for a wealthy resident of the Garden District (i.e., covering up an escort’s overdose in the man’s living room). On the way home, Buchowsky encountered a quartet of beshadowed figures fighting, one of whom resembled a large-muscled black man. Without pausing, Buchowsky charged them, flashlight, beretta, and stun-gun knuckles blazing. He managed to bring down one of the combatants before his head started to swim, and then everything suddenly went black.

When Buchowsky awoke in Tulane Medical Center, he was told he suffered a concussion after passing out, allegedly due to previously undiagnosed hemochromatosis, the same condition which killed his mother. No evidence was found of any violent altercation in the otherwise well-patrolled neighborhood, which was discounted as a post-concussive hallucination on Buchowsky’s part. Since then, the lieutenant makes regular visits to his doctor for injections that treat his blood disease. Buchowsky hasn’t suffered another blackout, and actually feels invigorated after the treatments he initially regarded as a tedious necessity. The only apparent lasting effect of his earlier concussion are some increasingly homoerotic dreams involving the large-muscled black man he hallucinated. Naturally, Buchowsky doesn’t breathe a word of such dreams to anyone. “Anything wrong with that?”

Each morning, Buchowsky rises at first light, puts on a warm-up suit, drinks coffee, and smokes cigarettes at his kitchen table, watching the sunrise. He then begins his early morning aerobic run along the 17th Street Canal. Particularly during this jogs, he wonders if he will ever successfully quit smoking. He’s tried many times, but within three days he becomes so irritable and agitated that his colleagues toss cigarette packs on his desk blotter by way of suggestion. Now, the best he can do is pump the smoke out of his lungs and the nicotine out of his blood with a hard, early morning run that leaves his head spinning and his nervous system screaming for another cigarette. “Anything wrong with that?” 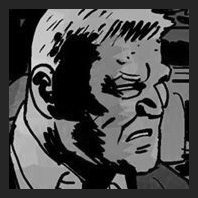