“A non-violent revolution is not a program of seizure of power. It is a program of transformation of relationships, ending in a peaceful transfer of power.”
Mahatma Gandhi 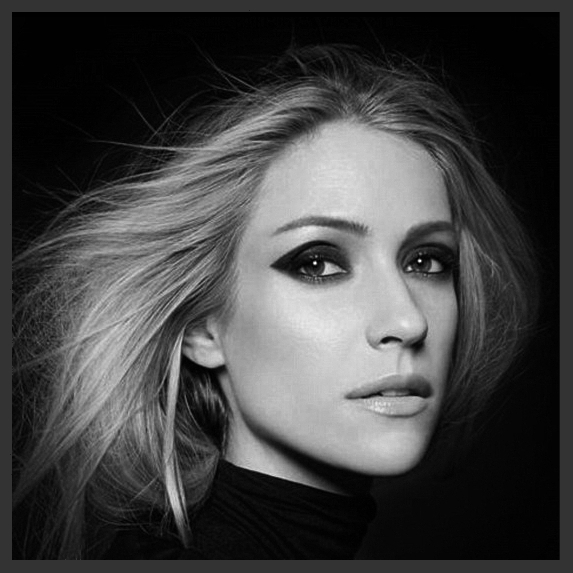 One would need no magic mirror to know that, among the members of New Orleans’ Cabildo, Coco Duquette is the fairest of them all. Her beauty is striking to be sure, but what gives it a quality all its own is the undeniable fire behind her eyes and the rousing stir in her velvet voice whenever she is engaged in the act of oratory or philosophical debate. Her cause is her passion and her passion fuels her cause, and few who give her leave to speak upon it are ever anything but enthralled (especially among mortals and young Kindred). She regularly dyes her hair different colors and currently has it bright red, providing a striking contrast to her piercing blue eyes.

Coco appears to have sworn off traditional “feminine attire,” preferring dark turtlenecks and slacks that recall the beatnik style of the 1950s, although she dons fully modern ones just as easily. She’s also known to wear blue jeans and leather jackets. Some Brujah say she wears that clan staple “ironically,” but there’s no denying she pulls it off.

“Change is best accomplished through working within the system.” For good or ill, this philosophy has long guided the hand of the city’s Brujah primogen and co-regent of Mid-City. Coco does not lack for violent bonafides, however, and was Embraced in Paris during the height of the French Revolution. After enduring the subsequent Terror, Napoleonic Wars, and the 19th century’s seemingly endless waves of revolutions and counter-revolutions, Coco washed her hands of French politics and her home country’s “inability to decide what government they wanted." She made her way to New Orleans, then a common destination for French immigrants.

As a result of her early Requiem’s experiences, Coco does not believe that violent revolution is able to create lasting governments—or at least not when peaceful revolution hasn’t been attempted first. She thus makes a point of working alongside Prince Vidal to advance the Anarch cause, which she has chiefly done by obtaining a Cabildo seat and establishing Mid-City as a regency for the Anarchs to implement democratic governance on a localized scale. Such a free hand in running her parish isn’t free, of course, and is contingent upon the Brujah primogen’s continued political support. Many Anarchs balk at the idea of supporting a religiously fundamentalist tyrant like Vidal, but Coco holds she’s made it work.

Like many elder rabble, Coco has adapted with the times better than her contemporaries. Licks in Mid-City address her as “Coco” rather than by formal title. She is one of the few elders to wear (casual) modern clothing, and she can frequently be spotted scrolling through a smartphone. While the Anarchs are stubbornly resistant to the idea of having a formal leader, Coco is viewed as something of a “big sister” to the Movement, together with their “big mama” Miss Opal.

Coco led the Anarchs on their flight to Houston during Hurricane Katrina, a journey made all the more perilous when the city’s native Anarchs concurrently overthrew its Invictus regime. Coco managed to negotiate a temporary place in the Bayou City for her (surviving) people, and was one of the signatories to the so-called “refugee settlement” agreement at the 2006 Gulf Coast conclave.

The Brujah primogen’s influence has been on the wane in recent months, however: her response to the John Harley Matheson scandal was to counsel a ‘wait and see’ approach regarding his guilt. Roughly half of the city’s Anarchs, led Veronica Alsten-Pirrie, consequently defected to Antoine Savoy and accused Coco of being a sellout. She has remained adamant that she’s made real gains for the Movement and her critics haven’t. They usually shoot back that those gains are old and stale, and Matheson was guilty.

These nights, it’s rare for a conversation to last past that point.

On 23 March 2016, Sheriff Donovan and all but one member of the The Guard de Ville met final death during the catastrophic Battle of Mt. Carmel, which pitted Sanctified against Sanctified. The following night, Antoine Savoy and Baron Cimitière launched major offensives into territory held by Vidal and his allies. While the Bourbon Sanctified invaded the Central Business District, the Circle of the Crone poured into Mid-City. Concurrently with this external attack, Miss Opal and Anarchs and Nosferatu loyal to her turned on Coco’s Anarchs; the sewer rats’ primogen had not forgiven Vidal for the execution of her childe Baptiste du Lac half a year earlier. Coco was reputed to have fought ferociously, but was beset on two sides. The Brujah primogen disappeared amidst the fighting, along with a number of her closest supporters. Her presumed final death and the seizure of Mid-City by Baron-friendly Anarchs resulted in the collapse of Anarch support for Vidal.

“She’s as cool as ice and sharp as glass.”
—Amelie Savard

“He or she who controls the mob, controls Mid-City. The very idea cuts into me from both sides. On one, it’s the model of American democracy, the very one my family has exploited for generations. Political power through controlling the mob, and the Malveaux family is, for everything else, thoroughly Americanized.
The idea of rabble having an equal voice, of claiming parity with the most vulgar Kindred cuts against our upbringing. Against my upbringing. To say nothing of the Ventrue lessons I’ve slid into. The clan of kings. The blue bloods. There’s a degree of not only truth, but also appeal in such titles. Everyone wants to think they’re better. Everyone wants to be better. And some, especially in a society of immortals that grow only stronger with age, truly are.
And yet… across from me sits a queen of the Damned in this city, centuries old and skilled enough, intelligent enough, strong enough. Enough to crush others if she so desired. Instead she plays that game. It’s difficult to judge it, to scorn it."
—Caroline Malveaux-Devillers

“Primogen Duquette—pardon, she prefers ‘Coco’—Coco is as much of a paragon of good taste as one should expect among the Anarchs. Even more than that, actually. Not too hard on the eyes, either.”
—George Smith

“‘Coco this, Coco that.’ If I have to hear ‘Coco says’ one more time I’m going to scream. We get it. She’s smart and charming and pretty and just oh-so-amazing. But the way Roderick talks about her is like the sun shines out of her asshole, or whatever the fuck the lick equivalent is. I might have even liked her if he stopped trying to shove her down my throat so damn hard.”
—Celia Flores

“Most Brujah are hardly worth the time it takes to put them down. They were once a clan of scholars and philosophers, but they have abandoned those roots and descended into barbarism made all the worse by their lack of purpose and place. At least… the young ones have. Primogen Duquette is one of the older exceptions, a diamond plucked from a field of rocks. Refined, educated, and controlled, she bucks every stereotype of both her clan and covenant. That she’s also managed to mitigate the worst inclinations of the Anarchs in New Orleans and carve out a place of legitimacy for herself at the same time is nothing less than a tribute to her shrewdness and will. That it also meant we were at odds far less frequently than I might have feared when I entered Prince Vidal’s service was also appreciated—and for entirely selfish reasons.”
—Jonathan North

Coco is childe to William Starkweather. A former common law magistrate who served on the Star Chamber Chamber during the early Tudor era, William never fully abandoned his role as the judge who broke the power of England’s landed gentry. By the Enlightenment he came to see himself as a judge of mortal society itself. He toured continental Europe, deciding which nations had remained true to the time’s ideals and which were wanting, and freely Embraced childer whom he felt could best use immortality to effect productive change. Revolutionary France was his last great journey beyond his homeland and Coco the last of his progeny (as well as one of the most successful). He resettled in London during the Napoleonic Wars and has remained there since.

Starkweather is childe to Eleanor de Valois. A scion of the royal House of Valois, Eleanor was renowned for her cool judgment (for a Brujah) and ability to see all sides of a conflict. She excelled at the same scholarly pursuits her sire did, but unlike the notoriously contentious elder Brujah, Eleanor became known as a peacemaker and settler of disputes. Her reputation won her the honor of being the facilitator and chief spokeswoman of the Convention of Thorns and it was her efforts that were responsible for much of its calm. She served several on and off terms as justicar for her clan in later centuries and now sits on the primogen of Paris.

Eleanor is childe to Adana de Sforza. One of the seven Founders of the Camarilla, Adana de Sforza was born to the Attendolos family of rural nobility who would eventually found the House of Sforza. Nicknamed the “gadfly of the Camarilla” for her penchant serving as a devil’s advocate, Adana was a firm believer in the necessity of creative conflict. Rare was the night that she did not adopt an opposing stance to her fellow Founders’ positions. Throughout the Convention of Thorns, she spoke out at odd moments, sometimes disrupting almost-agreed upon solutions in order to challenge her fellow Cainites’ perceptions and beliefs. Little has been seen of her since the 18th century. She is believed to have been destroyed or entered torpor at the Sabbat’s hands.

Adana was childe to Losario, an obscure methuselah of whom little is known. He seems to have been active in the Italian peninsula at some point, given his childe’s mortal origin. He is presumed to have been destroyed or entered torpor long ago.

Losario is childe to Troile. Clan Brujah holds their founder lies trapped beneath the salted earth of Carthage, though the Ventrue insist they destroyed Troile during the Third Punic War. 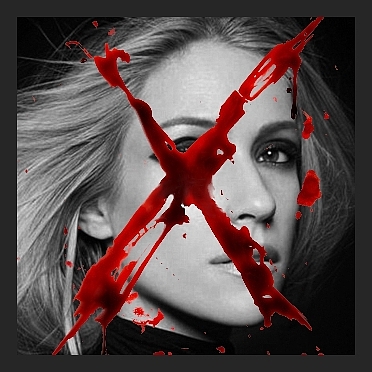