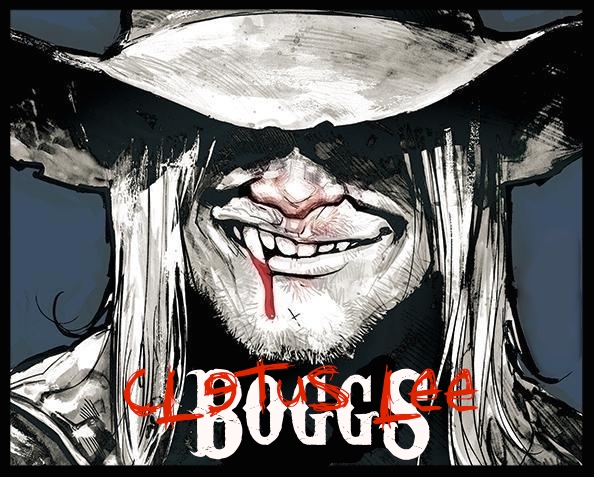 Savage, acetylene-blue eyes shine beneath the brim of a dented, manskin-leather hat. So beshadowed, his unblinking gaze burns like a butane torch, alluring and deadly. Equally mesmerizing and feral is the fanged smile that teases his supple lips. That smile promises much. Pleasure, pain, perdition. His body has the palpable odor of libido and heat lightning. His ruggedly handsome, sepulchral-cold face is slick with the night’s humidity, gleaming like moonshine. He carries the paradoxical mien of the bayou-born, the strange melange of redneck simple-mindedness and Southern aristocracy. Yet, lurking behind that mask is a monster, a remorseless sociopath whose evil blossomed long before his Embrace, but has since grown into the most wicked of orchids.

He wears a half-buttoned shirt, spun from Angola’s finest felon-picked cotton, its fibers indelibly soaked with their slave labor sweat. His thrift store overhauls are stained with blood, barbecue sauce, and cannibalistic lard. His sleeveless, mire-crusted vest bears fine-tooled heraldry, sometimes Clan Giovannini’s, sometimes the Lost Cause’s. Either way, his raiment cannot conceal the hard, rangy lines of his powerful frame. Muscles taut as a fishing line hooked to a two-hundred pound catfish swim beneath his clothes. Thick shoulders, corded neck, forearms built for strangling. Nor can his garments hide the coiled puissance of his gait. It is the stride of a swamp cat, confident in its predatory strength, yet alert for prey. His cottonmouth-scaled boots click like a man knocking on a coffin.

Cletus is the childe of Alegraza “Gros Mama Al” Giovannini, the padrona of the Southern United States and mortal granddaughter of her sire Guiseppe. Rival anziani sent her on a suicide expedition to the New World shortly after her Embrace, where she was driven into torpor by Native Americans and presumed destroyed by Venice. Her re-emergence during the late 19th century and role in establishing the Giovannini presence in New Orleans proved a pleasant surprise to her sire, and she has since become a respected anziana within the clan. Alegraza was Embraced at the seventh generation. She is believed to have committed several diableries during the Giovannini purge of the Cappadocians, but none of these were sufficient to bring her any closer to Caine.

Cletus’ eldest childe Buford Tebow “Mudbelly” Boggs is the prodigal son in absentia. Buford was a decorated WWII veteran and single-blooded Embrace who left his sire, clan, and parish for reasons known only to himself and his biological grandfather. He allegedly lives an itinerant lifestyle traveling between cities, concealing his heritage, and performing as a blues honky-tonk musician. Unconfirmed rumors suggest he infrequently returns home, or at least to New Orleans to participate in Mardi Gras festivities.

Isabelica “Sugarbelle” Calero-Pisanob is Cletus’ second-eldest and sole double-blooded childe. She was born in Managua, Nicaragua as the youngest child of Miguel Calero, an American-educated Nicaraguan businessman and leader within the largest contra rebel group opposing the Sandinista government (i.e., Nicaraguan Democratic Force). Isabelica helped her father and the Giovannini (particularly the Boggs and their military-industrial puppet, Cadillac Gage) secure, manage, and manipulate the bank accounts into which money was deposited and then used to buy supplies and arms as part of the Iran-Contra Affair. Her maternal ancestors were Pisonab, who taught her their family’s infamous heritage and sorcerous secrets of Aztec necromancy. Due to both her lucrative military-industrialist acumen and her necromantic aptitude, Isabelica was ghouled by a local Pisonab. Shortly thereafter, she was captured and tortured by the Sabbat-allied Sandinista and forced to drink caustic vapors which permanently maimed her vocal chords. Isabelica was rescued by allies of Cletus, flown back to Slidell (alongside her father who was called to testify before Congress), and subsequently rewarded with the Embrace from the Boggs patriarch. Since then, she has continued to deepen her financial-military connections as well as necromantic prowess, proving to be an efficacious addition to the local Giovannini.

Bobbi Jo “Mad-Dog Cherry” Boggs was Paw Boggs’ youngest, single-blooded childe. Bobbi Jo Boggs was raised in the ‘wholesome’ family environment of the Cryin’ Bluebellies, turning tricks for the passing-by truck drivers and serving generally as a prepubescent pain-whore for the then-nascent White Reich. Despite or perhaps because of this abuse, she became a wild and feral thing, but not without cunning. That cunning and predatory drive helped her to climb the hog-candy chain of the OMC. Moreover, her “professional experience” allowed her to gain a tremendous amount of knowledge about not only the illegal drug and arms trade, but also the general criminal and transportation dealings in the region. Cletus recognized and rewarded Bobbi Jo’s usefulness by turning her into his ghoul and eventual childe after she sufficiently impressed (if chagrined) her Giovannini elders by leading the White Reich to dominate the lucrative drug and arms trade both within and across St. Tammany parish. After her Embrace, Mad Dog Cherry had continued to run the OMC and its related criminal enterprises through her primary ghoul, Davis Jefferson Boggs—or at least she did until she was firebombed by trespassing Anarchs spurred by Rocco Agnello’s capture by the Boggs. Much to their chagrin, she managed to evade final death–though her OMC was subsequently slaughtered by order of her sire when they attempted a Tradition-breaking counter-attack. Unfortunately for the Boggs, a mob of enraged wraiths finished what the Anarchs could not, permanently slaying Bobbi Jo during a spectral prison-break that occurred at the Giovannini’s French Quarter manse. Her last words were to her paw. 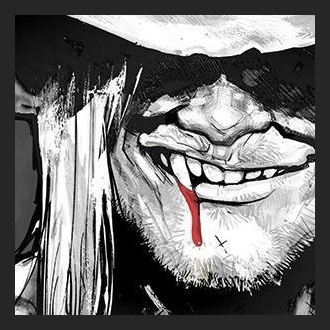