“scourge: Italian ‘scoriada,’ ultimately from the Latin ‘excoriare’ [to flay] and ‘corium’ [skin], comprises a whip or lash, especially one used for the infliction of punishment."
Encyclopaedia Britannica
“I suppose it’s cliche to observe that a given Gangrel has a wild side, no? Still, it’s an apt description for Scourge Meadows. Like a beast, I don’t know that she has ever been afraid of anyone, and her teeth aren’t just for show.”
Jonathan North
Rocco: “I am not offended by you pointing out that I fear my sire. I do. Look at you. Are you saying that I would be wiser to not fear her?”
Jacob: “You ever been to hell, Rocco?”
[…]
Rocco: “I’ve seen hell. My sire is charged with visiting it upon those who have broken New Orleans’ laws past all point of mercy. She is the monster Prince Vidal lets loose to hunt other monsters.”
Rocco Agnello to Jacob Grunewald 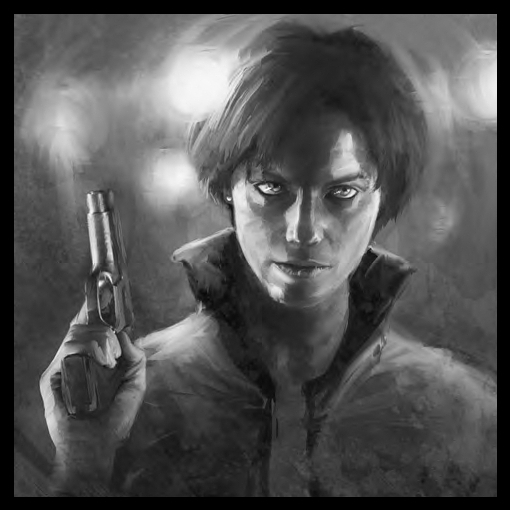 Caitlin Meadows’ apparel is plain and worn. A brown denim jacket coated in faded stains. Pants of the same make and poor condition. Steel-toed work boots crusted with red that’s faded to black. Her neck-length mop of unruly brown hair looks like it’s cut with a hacksaw. Further tufts of hair sprout like weeds from her palms and neck. Any other individual so dressed and groomed would look like a homeless vagrant. Pale flesh drawn taught over bone, faintly glowing red eyes, and twitching calloused hands that end in clawed tips give immediate lie to that assumption.

Meadows herself is distinctly mannish-looking, with wide shoulders, thickly muscled arms, and blockish facial features that could have been carved by an inept teenager who got an ‘F’ in their wood shop class. Her mouth is a flat, unmoving line, but her brown-gray eyes burn with slow-simmering anger. Not the controlled aggression of an attack dog pulling taut against its leash, but the ferality of a wild bear staring out from behind its cage’s bars. Contained, perhaps. But never tamed.

The scourge is a bloody Kindred office that traces its origins to the early Middle Ages. The scourge would patrol the borders of a prince’s domain and act as their personal executioner, hunting enemies of the domain (primarily Caitiff, autarkis, and unwanted trespassers) and acting when the sheriff could not because of political circumstances. Unlike the sheriff, the scourge never had any pretense of investigation, as they were searching out vampires who were guilty by their very nature. The scourge was not a deputy of the law: they were a hitman and assassin. Due to the position’s unsavory reputation, many Cainites who held it were outcasts or criminals seeking pardon for past offenses. More than a few were degenerates who simply enjoyed killing and welcomed the opportunity to commit officially sanctioned murder. Until the explosion of thin-blooded vampires in the 1990s, most princes in the Modern Nights did not maintain a scourge and considered the office a barbaric remnant of nights long past.

Augusto Vidal was not one of them.

Caitlin Meadows is one of the most feared weapons wielded by the prince of New Orleans. Although she is not Vidal’s only enforcer, hers is the fiercest, most ruthless reputation. Any vampire who has dwelt in the Big Easy for long knows full well that when the scourge comes to see you, the prince has already decided he doesn’t care what you have to say.

In her mortal life, Meadows was an orderly at a small 19th century insane asylum. Vidal heard stories of the cool vigor with which the woman manhandled even the most disturbed—or heavily muscled—of its patients. After learning that she had once tracked an escaped inmate across town, subdued him with no assistance, and brought him back to the asylum, the prince decided that he could use a Kindred like Caitlin Meadows.

It is unknown who Embraced Meadows or what incentive Vidal offered the fledgling Gangrel to assume such a reviled office, but she has faithfully served her master since the closing years of the nineteenth century. The most frequent targets of her wrath are Caitiff, thin-bloods, and foreign Kindred who fail to present themselves, as well as the yearly Sabbat incursions during Mardi Gras. Her duties have grown considerably since the appearance of thin-blooded vampires in the mid-late ‘90s. Many Camarilla princes ceased their policy of active extermination against the thin-blooded following the 2011 Venice conclave, but Vidal is not one off them, and Meadows continues to kill the last generations wherever she finds them (save for those rare few who bear a crescent brand). Vidal is well-pleased with his scourge’s efforts, both for their direct results—something has to keep the vagrants’ numbers down—and for the fear they strike into his enemies’ hearts.

Or at least, all this was true until recently.

Meadows disappeared for a stretch of perhaps four months during late 2014—too short for torpor to be a likely culprit. Since then, the brutal Kindred has utterly abandoned her fealty to Vidal. Instead, she seems to have made it a personal mission to obliterate those who violate the precepts of the Lancea et Sanctum as she sees them. She has destroyed at least three vampires since her return and has made attempts on the unlives of Natasha Preston, Malia Eliza Curry, and Gus “Gutterball” Elgin. A handful of less notable vampires have also vanished in the months since she went rogue, though no evidence directly links her to their disappearances. Through it all, Meadows has appeared at several Elysium gatherings, participated in various religious rites, even spoken to Maldonato and the primogen, and then disappeared into the night. She has always succeeded in losing any pursuers well before she departs Elysium grounds, making it effectively impossible for them to take action against her.

Rumor suggests that Vidal is very near to calling a blood hunt on Meadows and has so far refrained only because her targets are mostly Kindred he himself wouldn’t mind seeing destroyed (her abortive attack on Elgin notwithstanding). Other rumors hold that she still serves as the prince’s weapon against those who would oppose him, and that her desertion was a front designed to grant Vidal plausible deniability when she violates his own laws on his behalf. Regardless, until Meadows moves against one of Vidal’s allies, or against someone with enough clout that he cannot afford to remain still, it is likely that the prince will allow his former scourge to continue dealing with those irritants that he has either not been able to eliminate, or who have not made themselves so aggravating that he can justify an official reprisal. 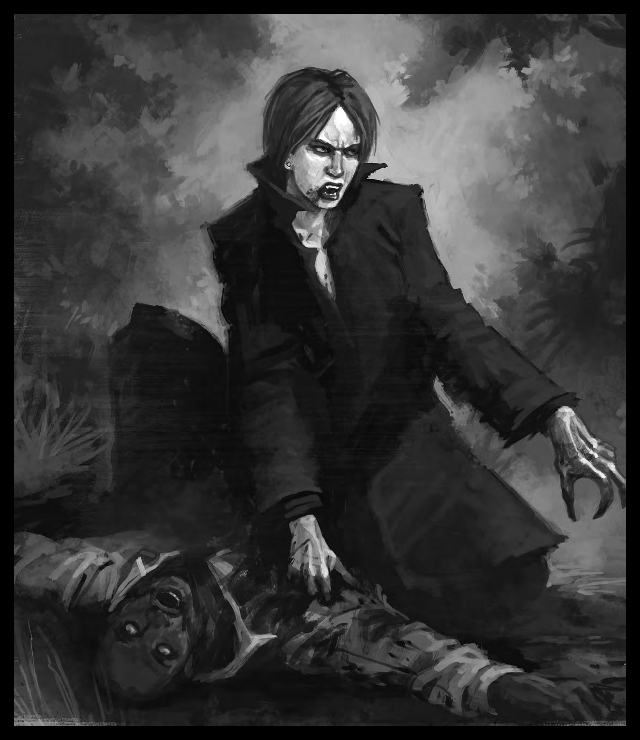 Meadows has never spoken of her sire. Gangrel are notoriously poor at tracking their lineages due to the clan’s habit of abandoning recently-Embraced childer, and Meadows herself may well be ignorant of who granted her the Embrace.

Meadows Embraced her first childe, Rocco Agnello, while little more than a neonate herself. He went on to become the senior-most hound serving under Sheriff Donovan and met final death in the 2016 Battle of Mt. Carmel. Meadows Embraced two more progeny in the mid-’80s to help combat the Setites, whose influence greatly benefited from the crack epidemic. June and Cleo have had little contact with the Kindred of New Orleans and are believed to spend much of their time hunting serpents in the bayous. 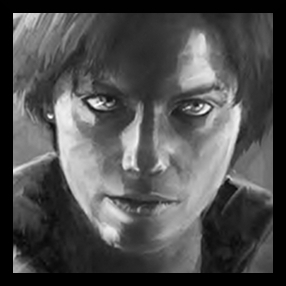