“MothaFUCKER-!”
Alexander Wright
“That fucking dog."
Ridley Jones
Wright: “A bitch with a hound. The fuckin’ jokes write themselves.”
Caroline: “Don’t get any ideas.”
Alexander Wright to Caroline Malveaux-Devillers 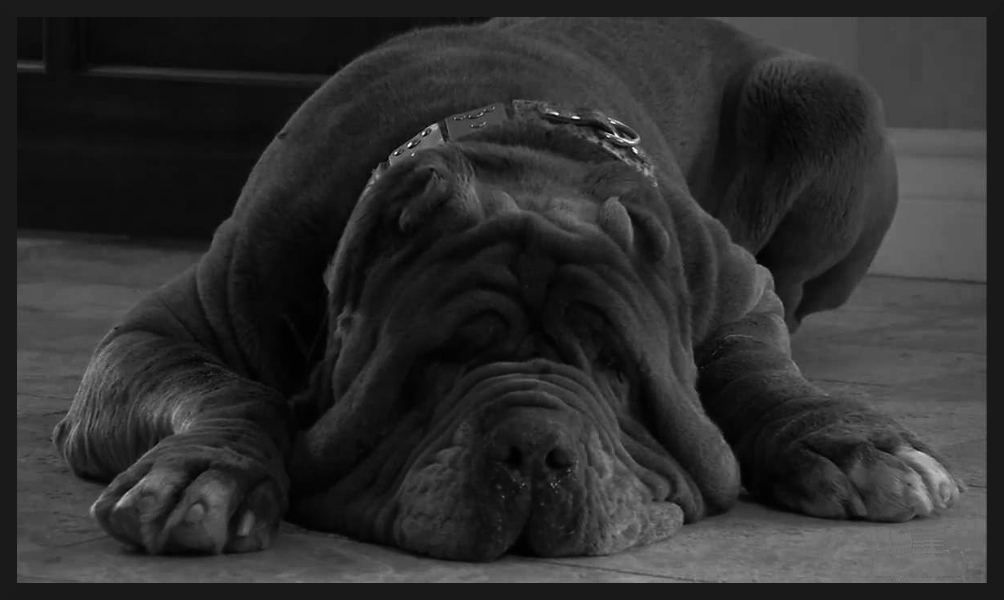 Caesar is a mountain of rolling flesh, muscle, and teeth that stands three feet at the shoulder and weighs nearly two hundred pounds. As a working neapolitan mastiff he is a nearly perfect specimen of the breed, complete with thick rolls of skin around his face and down his back, lion-sized paws, and a temperament that is more bite than bark. Stocky and built like a tank even before he was introduced to Caroline’s vitae, the hound has only grown more physically powerful in the years since. He is most commonly sighted resting in the corner of the room within sight of Caroline.

Caesar was given to Caroline as a puppy when she was nineteen to serve as a guard dog by her family almost as soon as she was allowed to live off campus. From a naturally protective and bonding breed, Caesar quickly became a fixture in Caroline’s life and her constant companion.

Though the heiress’ Embrace initially soured Caesar to her in 2015—most animals cannot tolerated the presence of the undead. Following Caroline’s acceptance by her sire in 2016, the heiress decide to ghoul Caesar as part of a march back towards some some semblance of recovering her life.

She was less than pleased to discover her ghoul Autumn Rabinowitz, who she’d forced Caesar onto in late 2015, had given the dog to a shelter. Although Autumn protested it was a no-kill shelter and that her (then-)poor and overworked family was unequipped to care for such a large animal, the Ventrue’s silent treatment lasted until Autumn had tracked down the dog and recovered him from his new owners.

It was a testament to Caroline’s weathered humanity that Caesar attacked her on sight, something he had never done even in the harried nights following her Embrace. The mastiff was no match for his owner, however, and after three draughts of her vitae it was like they’d never been parted.

These nights, Caesar mostly serves as a daytime protector for his master, watching over her with an undying loyalty that no human could match. On occasion she has been known to bring him with her when expecting trouble.

The dog’s life has been unnaturally extended by the vitae and he is likely one of the oldest living specimens of the breed.

Following Caroline’s Embrace, Caesar became especially wary of her and refused to allow her to touch him or even approach, though he never sought to attack her. That wariness didn’t stop the massive hound from coming to her defense and attacking Alexander Wright when the other Kindred invaded her home to teach her a lesson. Caesar got the worst end of the fight and retreated to lick his wounds.

Following the trashing of Caroline’s home by Wright’s associates, Caesar got loose into Audubon Place. He was shot in the leg by Ridley Jones before he was caught by the rest of the gated community’s armed security and returned to Caroline. When the mercenary subsequently offered his unsolicited opinion that Caesar should be “put down,” the heiress broke his nose and concussed him. She subsequently forced Autumn Rabinowitz to take Caesar to look after, until things settled down and she could find out what to do with him. It was not until much later that Caroline discovered Autumn took Caesar to a shelter, claiming he was “too much dog” for her family.

Caesar’s absence from Caroline’s home was noted by Claire Malveaux and was likely one of several items that tipped her off as to Caroline’s Embrace.