“Football players, like prostitutes, are in the business of ruining their bodies for the pleasure of strangers.”
—Merle Kesser

“When I played football, I never set out to hurt anyone deliberately—unless it was, you know, important, like a league game or something.”
—Dick Butkus 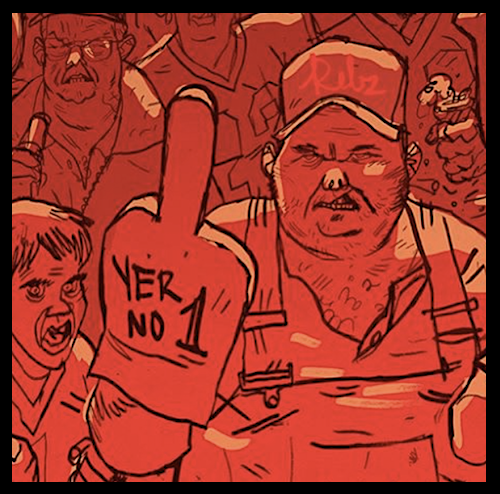 With a torso as thick and heavy as a full-barrel beer keg and biceps like whole-boned hams, Bubba Jesus Boggs cuts an intimidating, if corpulent figure. His vacuous mud-colored eyes, cleft-palate, porcine nose, and tiny ears, however, show there’s little brain behind his odious brawn. Indeed, a common saying amongst the Boggs clan is that, “If brains were leather, Bubba Jesus wouldn’t have ‘nough to saddle a june-bug.”

The youngest son of Calhoun “Budd” Boggs and Wynona-Lynn Boggs, Bubba spent the first years of his life eating paint chips and head-butting trees. While neither activity helped raise his IQ from microscopic levels, the latter habit prompted his family to slap him in a helmet and unleash him on the local pee-wee gridiron. Much to his kin and coach’s delight (and to the horror of his prepubescent opponents), Bubba thrived. Besides his mother-sister’s love, football has been the only thing Bubba Jesus ever truly understood.

Given Slidell’s worship of the holy trinity of football, military, and the bayou, high school was the best eight years of Bubba’s life, as he played first-string offensive right tackle for the Rebs, Slidell’s public high school football team. Bubba became a local and statewide celebrity for his bone-crunching, concussion-inflicting pancake blocks, earning him the moniker of “Pancakes Jesus” and winning his team four state championships. Over the years, he’s been repeatedly scouted by both collegiate and professional recruiters. However, Bubba’s incurable illiteracy (the only letters he knows are “X” and “O”) and his unwillingness to leave his maw-maw make it likely that his days of playing regulated football are over. 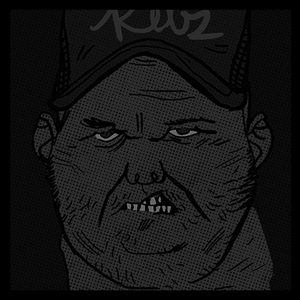