“Greater love has no one than this, that he lay down his life for his friends.”
John 15:13
“Most of us are assholes, but every single one of us will stand in the face of the Grim Reaper and say, ‘fuck off, this is my Marine.’”
FMF Corpman 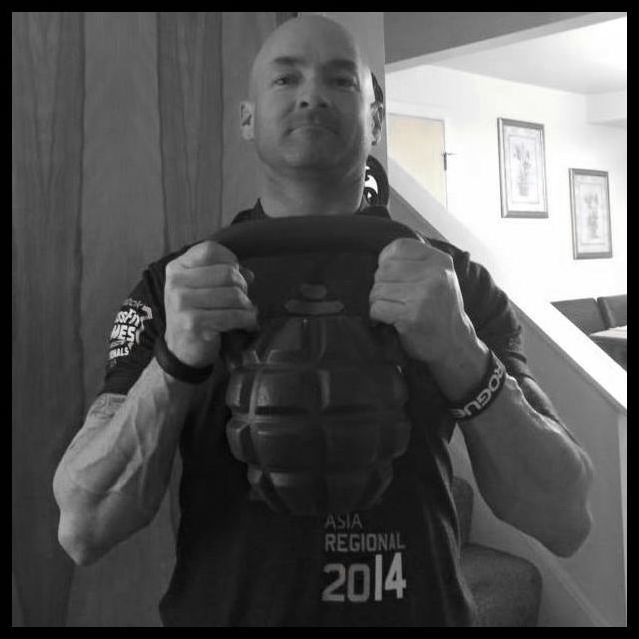 Carved straight out of rock, chiseled and craggy. A walking Mount Rushmore as immutable and immovable as a mountain in the face of time and fate. Someday this man may give way to age and weakness, but not today. Less the appearance of timelessness and more the appearance of rugged defiance of it. Muscles wrapped around his forearms and neck like taunt steel cords in layers, the kind that support suspension bridges, muscles you can see move with every action. Shoulders and thighs that budge under clothing with raw power, beast like strength. Skin like leather, of a sort to turn a blade, cured for years in the dry desert sun. Piercing blue eyes, like those of a great cat, the eyes of a predator on the prowl, always watching, judging, evaluating. Those eyes look right through you, violent in their intensity, the look of someone that has killed someone, has watched the light go out in another man’s eyes. Short without ever feeling small – there’s just too much mass and strength – full of tensioned power like a coiled spring. Not quite confidence. Not swagger. There’s certainty to his movements, as though there is no question, no debate, no possibility of failure. When he moves it’s like an avalanche coming down a mountain: unstoppable.

A shaved pallet and polished dome, A clean shaven face. Immaculately maintained clothing, whatever he may be wearing. Ironed, pressed, perfected with not a loose thread to be found. There’s a pride there one makes his military background obvious to those who know what to look for. Scars on his gnarled hands – hands that have seen hard work in their time, a lifetime of broken fingers, of blisters and burns, of cuts and manual labor to work them down to the bone. Callouses that never go away, that have become a part of his hands, abuse institutionalized, made a part of his nature. A voice like gravel crunching to match his granite appearance. Deep. Rough. Unbeautiful, much like the man.

Brian’s fate as a Corpsman was all but ensured when he was eight years old and his father, an enlisted marine scout sniper, bled to death in a dirty South American jungle—a casualty of one of the United States’ many low-intensity, largely covert, and primarily drug-fueled conflicts in the region. Exiting the age of innocence, but not wholly free of its simple questioning, the boy’s question of ‘why wasn’t anyone there to save my daddy’ was one that would haunt him even as he grew into adulthood and shape his beliefs and goals, much as his father’s service to country and death in the line of duty would shape him.

Raised by his mother, Teressa Fuller, every effort was made to provide him with a normal childhood—as normal as was possible without a father. He was pushed into sports—and in them excelled as a three sport athlete, playing basketball, baseball, and football as a youth, though he abandoned basketball as he grew older and no taller, turning more attention towards football. Offered scholarships as a running back to a number of Division I schools, he chose instead to enlist out of high school 1989. Thinking first to join the Marines, he decided on Navy Corpsman, haunted by the memory of his father’s death.

Many of the details of Brian’s activities during his more than twenty year career are classified. Detailed to join the Fleet Marine Force out of his A-School the beginnings of his lifelong devotion to fitness earned him the Jarheads’ respect and the much coveted title of ’Doc’ among them, while his drive and professionalism in time earned him selection to work among Force Recon units as a Special Amphibious Reconnaissance Corpsman. In unclassified bits of his record are tours joining Marines in Iraq for the first Gulf War, the Afghanistan, the Second Gulf War, and Somalia, along with less glamorous duty as an instructor at Great Lakes. Always at the tip of the spear, always at the edge of the knife. Brian thrived in the worst of circumstances, under the greatest of pressure, a rifleman first, medic second, and war-fighter always. By any account, by every account, he was a dangerous man. A lethal man, and one that truly enjoyed what he did, elbow deep in blood and bullets.

During those tours, and between them what began as a commitment to fitness turned into an obsession of sorts. Over the years he experimented with an array of different fitness programs and maintaining a meticulous regimen—which he credits with his survival and success under fire. Today the preferred program is Cross-fit, and his abuse of his body in the pursuit of continued performance verges on the masochistic, but he’s hardly hide-bound in that regard. He firmly believes in always learning, always changing, and becoming better. The body must be shocked. He’s always eager to shock it.

Forced into retirement in 2014 as a Senior Chief Petty Officer, Brian found himself a man without a purpose. Generous retirement and careful spending meant little to a man who considered himself a warrior at heart, but he was a dog too well-trained to howl even when turned out into the field for good by the military. Eventually settling on opening his own gym given his fitness obsession, Brian opened up Fouled Anchor Fitness, a small facility that caters mostly to former military, police, and hardcore fitness enthusiasts, offering both equipment and facilities as a whole, but also specialized courses in both fitness and martial arts. Many of the latter classes he taught himself, seeking a degree the thrill he couldn’t recapture when in the field.

The business, and even that teaching, has proven largely unsatisfying to Brian, who has taken to shooting competitive three gun tournaments regionally on weekends, participating in Spartan Races and similar events, and increasing his own work out regimen in his constant battle against age as a means of adding some excitement to his life. In truth, the prospect of spending the rest of his life slowly wasting away, growing weaker, and doing nothing of consequence weighs heavily upon him after a more than twenty-year career serving his country, saving and taking lives, and doing things that most people couldn’t even dream of. He’s a man who doesn’t, in truth, know what he wants, beyond purpose.

Like many lifer-veterans, Brian’s identity is deeply invested in his time in the armed forces. As such, he clings tightly to concepts like fidelity, professionalism, stoicism, and structure within his life. To the average civilian looking in on him, he is a man of little passion, more machine than man. There’s some truth to that. He’s slow to trust, and to those he does not trust he is slow to speak or open up to in any way. He’s perfectly comfortable standing in a room with someone else for hours without saying a word, and as a rule, he does not relate well to others. The stoicism that made him such an effective soldier makes him an outsider at social functions, and the physical intensity he brings to everything he does can be very off-putting to others.

At the same time, Brian embraces the idea of sacrifice and service, particularly within his own life. He doesn’t crave comforts, wealth, love, or even power. He craves purpose, and in that purpose requires he endure hardship, so much the better. He takes pride in his scars, in long hours, and in days without sleep. He’d happily take a bullet for someone else, or stand in the way of harm: it’s simply who he is and what he does. It’s not altruism, it’s programming. It’s written into his very DNA. In truth he despises most civilians. Despises their lack of discipline, their weakness, their comfortable and vapid lives. It’s not a truth he’d ever admit to himself, but it’s there, under the surface. He holds himself as flatly better than they are, holds his many experiences as superior. It makes him responsible. And besides, he’s a “Doc.”

One of the personality traits people find most peculiar about Brian is his diet. He never smokes, drinks, or eats junk food or dessert. Every day is the exact same diet of lean proteins, whole grains, and fresh fruits and vegetables, with plenty of water. He plans out every calorie and food item in advance. He makes no exceptions—he won’t touch food at restaurants or social gatherings (unless it’s something completely unprocessed like an apple or raw carrot), and he’d sooner drink poison than “contaminate” his body with fast food. Even Christmas and Thanksgiving don’t earn exceptions from his pre-planned meals. More than one person has found Brian’s refusal to share food with them off-putting, but his gym members are impressed by his discipline. In Brian’s own words, “Like anything, you get used to it.” Some people are surprised to find the former devil doc a “health nut,” but to him his diet is only logical—he already treats his body like a well-oiled machine, and the best machine deserves the best fuel. 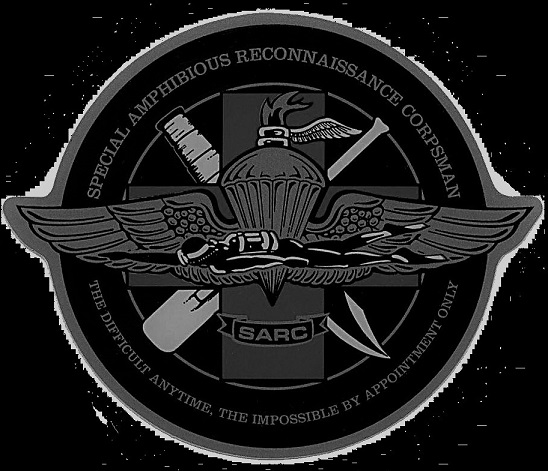 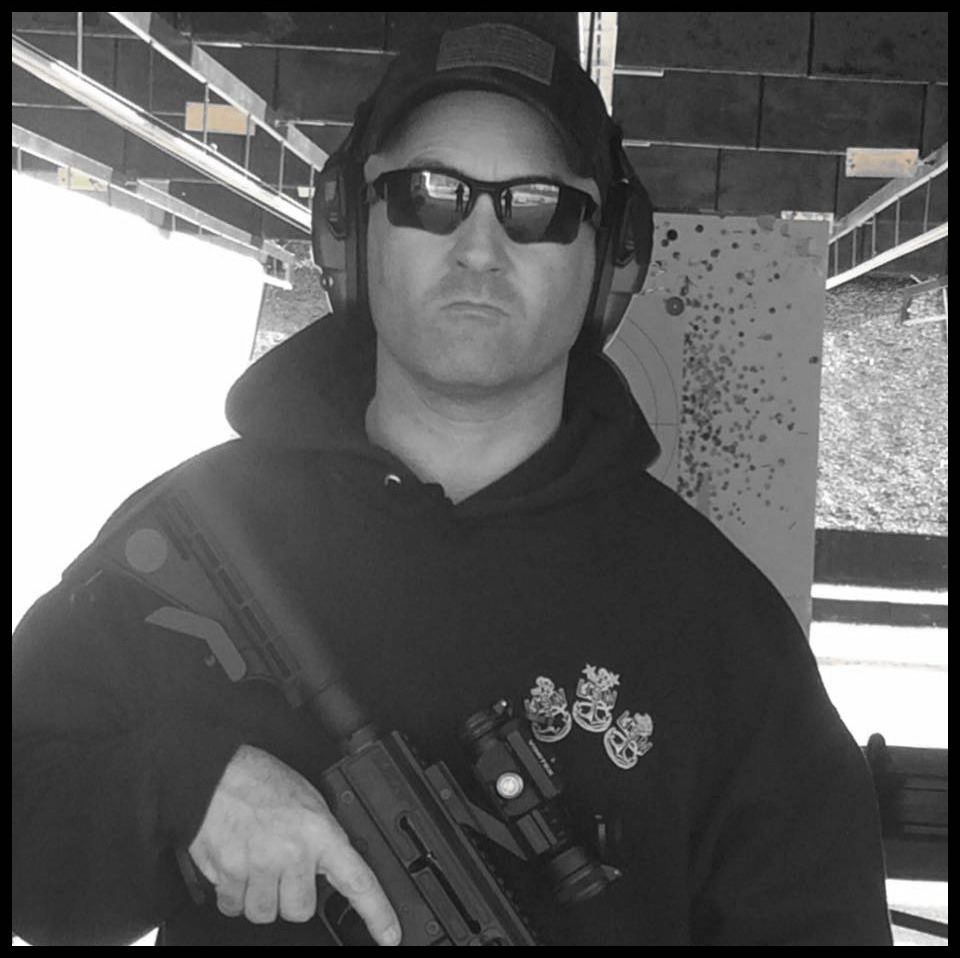 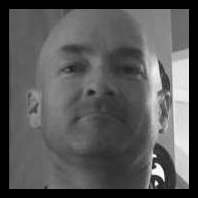