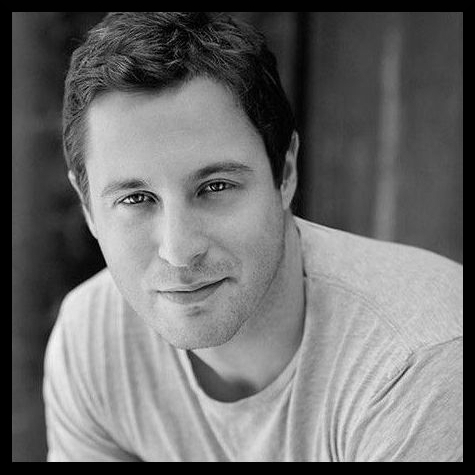 Brett was born good-looking. Lucky him, too. You don’t need to tell him that people are more inclined to trust a pretty face. Brett has dark hair, bright green eyes, and smooth skin that he carefully pampers and moisturizes. His five-o-clock shadow is also deliberately cultivated. It looks edgy without being scraggly. He’s rarely seen with anything but a winsome smile or subdued smirk on his face.

If you want to look good, you dress good. Brett prefers casual clothes in designer brands that show off his slender but athletic frame. If need be, he’s more than capable of “cleaning up nicely” and cutting a dashing figure in a suit and tie, or just a more professional slacks and blazer. He might make a big deal about it, and say he prefers to dress for comfort, but that’s only to increase the impact of his “transformation.” In truth, Brett’s happy to wear whatever lowers his mark’s guard—or gets him into her bed.

Brett Goodman was ostentatiously a “profiler” and “investigator" for the Malveaux family until 2015. In actuality, he’s a conman, spy, and expert at breaking and entering who uses talents to infiltrate groups and buildings on behalf of his patrons.

Brett got his start in high school as a troublemaker who repeatedly talked his way into high society events, corporate headquarters, and anywhere else he didn’t belong. Sometimes he did it for laughs. Other times it was to get under people’s skins by facilitating protests on behalf of student activist groups whose causes he never really believed in or cared about. He cared a lot, though, about impressing girls enough to get in their pants.

College held some appeal to Brett for the party culture, but not enough to actually sit through four years of classes. He spent the rest of his teens and much of his 20s supporting himself through con games and increasingly illegal and dangerous activities with increasingly bad people. His escapades finally drew the wrong kind of attention.

Getting caught by the CIA could have gone worse. He was “recruited” (the reality was closer to “press-ganged”) by them as a non-official cover agent. It beat prison, or worse, an anonymous blacksite. Brett spent nearly a year at the Farm (Camp Perry, not Louisiana State Penitentiary) learning to do things somewhat more by the book. One of his trainers there was Roger Ferris.

The CIA work was novel at first. The bureaucratic oversight and red tape soon proved tiresome. The pay, while more consistent than in his earlier “career,” was also more modest. Worse, he couldn’t even talk to girls about his work! Brett’s trainers made that fact inescapably clear to the mostly reformed young conman. Brett came to dislike his job, but saw no way out. The CIA had too much on him.

Enter Roger Ferris, who reached out to Brett after entering the private sector himself. Malveaux influence convinced Brett’s bosses to let him go. The reluctant spy has since found the grass much greener, as well as lucrative, working for the Malveaux family. His job duties include corporate espionage and break-ins of people’s homes to gather information, obtain blackmail material, and plant bugs. Less often, Brett does deep cover work that involves approaching and befriending or seducing targets to manipulate over time. That’s also his favorite kind of work. Brett truly enjoys the thrill of outsmarting people to achieve a goal, and if the target is a pretty woman who’ll sleep with him too, so much the better.

Indeed, Brett remains a consummate womanizer who is tasteless enough to brag about his many conquests to his co-workers among Ferris’ people. The ex-military members of the team regard Brett as somewhat unprofessional, although they find many of his escapades hilarious.

Brett was one of the many moving pieces used to tear apart the Cherry family during the 2012 election that brought Nathaniel Malveaux to the U.S. Senate. Brett is also proficient with a handgun and a bit martial arts in a pinch. Although Ferris doesn’t use him in that capacity, Brett is confident in his ability to handle himself—in a fight, in a break-in, in a social scene, or in any other sticky situation.

He’s always landed on his feet.

In December 2015, Brett and the rest of Ferris’ people were ostensibly fired by the Malveaux family for selling secrets to corporate and political rivals. Brett knew that was bullshit, but gathered that some sort of power struggle was afoot in the family. He normally didn’t care about that sort of thing—Ferris was his boss and gave him the assignments that earned his substantial paycheck.

The problem was that the paychecks stopped. Ferris impressed upon his team that all of their lives were in danger, making it essential to maintain a low profile. He still had work for them to do—he never said on whose behalf, though Brett suspected one of the Malveauxes—and promised this would blow over within a few months. His people would all receive back pay and bonuses for the lean times.

The Brett who’d first been recruited by the CIA might just laughed and skipped town. He had nothing tying him to New Orleans that he couldn’t get somewhere else. But the 27-year-old had grown up since his days of causing trouble just for kicks, and decided to place his trust in Ferris, who’d always done right by him. He could wait a few months.

Roger Ferris was true to his word. In March 2016, he told his people that they could come out of hiding. They started to receive their back pay.

Then at the end of the month, Ferris told Brett to drink his blood, three times over three nights.

Brett’s duties are much the same as they used to be. He still spies, breaks and enters, and cons, swindles, and seduces. The only real difference is that the stakes are higher and breaking the law is even less of an issue than it used to be—the Kindred play by their own rules. On the other hand, Brett never had to worry about an irate vampire draining him to death.

All things told, Brett considers being a ghoul an improvement over his old life. He loves the powers his new state grants him and the exploits they make possible. He loves that the mortal world is now his playground, but that when he wants a serious challenge, the All-Night Society is always there to give him one. Vitae is also a sweeter rush than any of the past drugs he’s done—even if, to his chagrin, Ferris is tight-fisted in giving it out.

Brett doesn’t particularly care about larger Kindred politics. He’s made an effort to learn about them, yes, because ignorance can get one killed, but that isn’t the same as caring. Much like long-term Malveaux interests weren’t his department, neither are the Invictus’ or the Hardline Sanctified’s—as with in his old life, he just does the jobs Ferris gives him, enjoys the thrills, and enjoys getting handsomely paid.

Ferris doesn’t mind this attitude in his ghoul. He didn’t mind it from Brett as a mortal. His only complaint is that Brett’s libido, already considerable, has been further amplified by the Blood. He tolerates his ghoul’s ever-more frequent liaisons with mortal women, but has made very clear that trying to seduce female Kindred is playing with fire and will be disciplined severely. He hopes that will be enough to keep Brett from getting burned.

Brett’s domitor is Roger Ferris, one of the hounds on the Guard de Ville. He’s young but well-positioned in Kindred society for his age, and Brett has a working relationship with him that goes back years. Even without the bond, it’s doubtful he’d want to trade his domitor for another. (Domitor ••)

Brett’s an accepted member of ghoul society. His domitor relies upon him and doesn’t look like he’s about to get rid of Brett anytime soon. For his part, Brett isn’t especially invested in the status games his fellow ghouls play, though he’s found it useful to make contacts among them and has slept with at least several female ghouls—many of them, he’s been pleased to find, have sex drives comparable to his own. (Ghoul Status •) 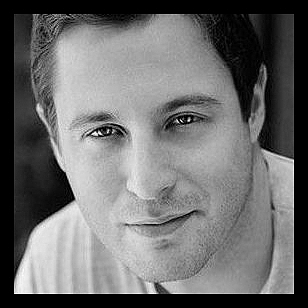