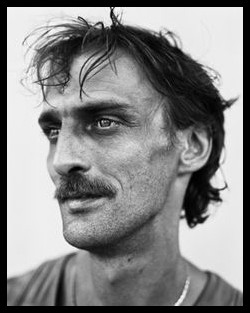 Everyone trusts the cabbie.

Once you flag down one of the small yellow vehicles and buckle yourself in, you’ll see those warm, welcoming eyes in the rear view mirror and suddenly there won’t be much of anything to worry about in the world. The face behind the eyes changes as assuredly as the cab number on the car door does between trips. But most folks don’t pay too much attention to that. It’s easier to look at the individuals as expressions of amorphous archetypes. Every cab ride you take you’re riding in the quintessential taxicab, and you’re being driven by some faceless platonic ideal behind the wheel.

But people like that, it’s almost anonymous. You could tell the cabbie anything, It’s just you and those eyes, There’s not an ounce of judgment in the eyes that gaze through that small mirror. You can confess your sins, even the ones you wouldn’t tell your priest—especially those. And never turning to face you, he’ll give you the best advice you’ve ever heard, and it’ll seem so simple when he says it you’ll wonder why you hadn’t thought of it first.

He’s there when you need him most. When you’re too drunk to drive, he’s there to bring you home safe and sound. When you hit your head but can’t afford the exorbitant rates of an ambulance ride, he’s there to bring you on time. About to be late to the big job interview? The cabbie makes sure you get there right on time. He knows all the paths in this city and he’s driven them at least a thousand times apiece.

And if you’re new in town, he’s nothing but pleased to show you around… so long as you can pay your fare.

Lamarck has the calloused fists of a man who’s worked in the dirt all his life. He’s a man of about forty whose angular face melts between stoic sternness and the curves of joviality. His shirt is covered in a mixture of blood and soot and a large leather sack weighs on his shoulders. If you lean too close, you can almost hear soft moans emanating from its translucent fabric.

His woolen trousers are ripped in places and you can see bone squelching in windows of torn ligaments and musculature where bullets tore holes in his living flesh. His mustache is trimmed to some sort of regulation, yet his oil-black hair looks disheveled, its individual locks constantly swept by the minute eddies of some unfelt wind.

Bernd “Lamarck” Albrecht was born in Germany as the son of a pharmacist and a seamstress. His parents pressured him into the family business after Bernd’s father contracted a musculoskeletal degenerative condition that left him unable to work.

For Bernd, seeing his once-strong father degenerate into frailty and weakness behind the pharmacy counter turned the idea of taking his father’s place into a nightmare. Bernd rebelled harshly, but silently, by spiking the drugs he dispensed with slow-working poisons. When townsfolk got too suspicious for his comfort, Bernd hitched a ride on the next train out, comforted by the fact that the pharmacy’s reputation was tainted beyond repair.

The ex-pharmacist ended up working for a family of pig farmers in southeast Bavaria. He grew fond of the animals and their coincident intelligence and free-spiritedness. He studied Lamarckism and took great interest in the breeding of traits through both selection and nurture. This also sparked an interest in eugenics, and he soon acquired significant material developed from communities in the United States on the subject.

During the war, he worked as the driver for a high-ranking SD officer with famously loose lips. Inevitably, some key intelligence appeared to have leaked to the enemy, and despite his innocence, Lamarck knew the blame would land on his head. After making a run for South America, he was captured by the Americans and interned at Camp Algiers in Louisiana.

The Land of Opportunity

Lamarck enjoys telling the story of his escape from the camp, how a pig had dug a hole underneath the tall fence perimeter, how he crawled through the pigshit-stained tunnel with a body almost as weak as his father’s. But he crawled through nonetheless, all to find the pig waiting for him on the other side, holding a pail full of water. This swine had just given him the greatest gift of his life, even if he didn’t know it then. This was a fresh start. An American start. He forged a new identity and scrounged enough savings to purchase a plot of land on which to raise and breed swine of his own. Spurned on by his distaste of his father’s weakness, Lamarck attempted to start a eugenics social club to lobby the local government to improve society by way of “dealing” with disabled individuals with methods like sterilization.

Some years later, when the war had reached its conclusion, he made the difficult decision to sell his pig farm for the sake of better opportunity. If he wanted to get his message around, he needed to change tactics. So he moved to Crescent City, where he worked as a taxi driver and spread his words through word of mouth and pamphlets that he would offer to each and every one of his riders.

Unfortunately for him, Lamarck miscalculated. American interest in eugenics dropped precipitously during the war as the ideas got associated with the enemy, with the horrors of Nazism and the Holocaust. He was largely unsuccessful in convincing a following of his ideology, and the perceived unpatriotic nature of his ideas alongside his Bavarian lilt led him to a cruel end.

If you ask him, he’d tell you he died doing what he loved. On one fateful day seventy years in the past, he gave a ride to a German tourist who wanted a tour through the French quarter. They claimed that it was their last day in the city and they didn’t want to miss out on any of the sights. An eight-hour drive and paid in advance. Lamarck still maintains that was the best tour he ever gave, even given the circumstances. The guest gave his thanks as the sun finished setting, saying that this was a night he would not soon forget. Before Lamarck had the chance to respond to the glowing review, a spray of lead shredded through his lungs and stole his breath permanently. The leather driver’s seat did little to stop the German nationalist from executing his quarry. 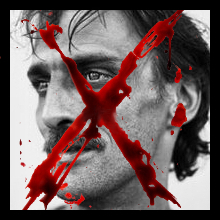