“…no, my dear, I’m simply glad how quickly we were able to resolve all of this."
Bernard Drouillard to Abélia Devillers 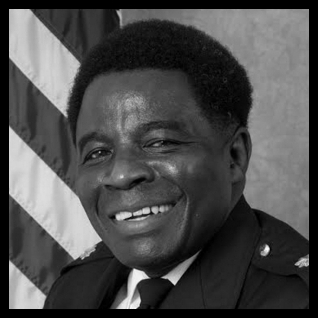 NOPD’s superintendent looks more like a politician or religious minister than a police officer. His navy uniform is crisp and meticulously maintained, without so much as a crease out of place. People can see their reflections on the polish of his fine leather shoes. Drouillard himself is an African-American man in his middle years with a full head of closely-trimmed hair, crinkled eyes, and a seemingly perennial benign smile. He shakes or kisses the hands of everyone he meets, and speaks in a warm, slightly scratchy baritone that many listeners’ first instinct is to describe as “gladhanding”. He never swears—at least in public. People familiar with the differences between “herbivore” and “carnivore” police officers don’t doubt that he is one of the former.

Bernard Drouillard is the current superintendent of the New Orleans Police Department and has held office since being promoted from deputy superintendent of the Public Integrity Bureau in 2010. He was appointed to that position in 2006 by Ray Nagin and managed to not only outlast but profit from the corrupt ex-mayor’s tenure for precisely three reasons: he knows when to keep his head down, he knows which way the political winds usually blow, and he knows the way things are done in this city.

Drouillard generally prefers to delegate much of the NOPD’s administration to his subordinates and believes that his primary role is to serve as oversight on behalf of the mayor’s office and other politicians. So long as the NOPD acts in accordance with these wills, Drouillard is content to let the deputy superintendents and district commanders run their own shows—however they choose. All he requires is that published crime statistics remain at acceptable levels (New Orleans’ standards being what they are) and nothing too untoward winds up in the Times-Picayune. An enterprising police commander can lead a lucrative career under these terms—and Drouillard has good instincts for selecting men and women who will “make the most” of their new positions.

The NOPD’s superintendent spends much of his own time either golfing at the New Orleans Country Club in Bywater or attending press conferences. He earned his undergraduate’s degree in divinity and once aspired to become a pastor, but still enjoys public speaking and “spreading the good word.” Although Drouillard comes from an old and Creole-descended family of no small means, he still seems to have been considerably enriched by his position and lives comfortably with his wife and three children in a walled estate along St. Charles Avenue.

Drouillard smoothed over the initial tensions with Abélia Devillers following her daughters’ arrests, thanks also in no small part to the efforts of Caroline Malveaux-Devillers (and thanks entirely to them where Lyman Whitney’s related umbrage was concerned). The speed with which the superintendent swept the girls’ potential criminal charges under the rug might have even earned him the two families’ gratitude—if Richard Gettis hadn’t then shot Sarah Whitney and Yvonne Devillers at near-point blank range in front of a roomful of witnesses. The resultant fallout, once again mitigated by Caroline Malveaux-Devillers (whose timely first aid saved the girls’ lives) instantly soured whatever goodwill Drouillard might have earned and would have almost certainly cost him his job. Fortunately for the superintendent, SWAT brought down Gettis in less time than it would have taken for Drouillard to be ousted from his position anyway. It also helped that the former detective was fatally shot while resisting arrest, sparing the Devillers and Whitney families the likely ordeal of a public trial.

Still, Drouillard did not weather the scandal with his usual glib cheer. These were not the sorts of circumstances under which the normally laid-back, hands-off, and (especially) image-centric superintendent enjoyed managing his department. Unpleasant rumors still circulate concerning the late Richard Gettis, and some voices speculate whether Drouillard is planning an early retirement. 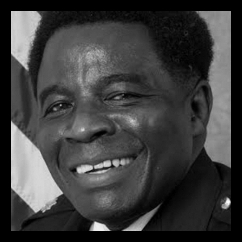